The CIA Is an Ethics-Free Zone

The CIA was vastly different back then from the agency that emerged in the days after the 9/11 attacks. And it was a far cry from the flawed and confused organization it is today.

One reason for those flaws — and for the convulsions the agency has experienced over the past decade and a half — is its utter lack of ethics in intelligence operations.

It’s no secret that the CIA has gone through periods where violating U.S. law and basic ethics were standard operating procedure. During the Cold War, the agency assassinated foreign leaders, toppled governments, spied on American citizens, and conducted operations with no legal authority to do so. That’s an historical fact.

I liked to think that things had changed by the time I worked there. CIA officers, I believed, were taught about legal limits to their operations — they learned what was and wasn’t permitted by law. 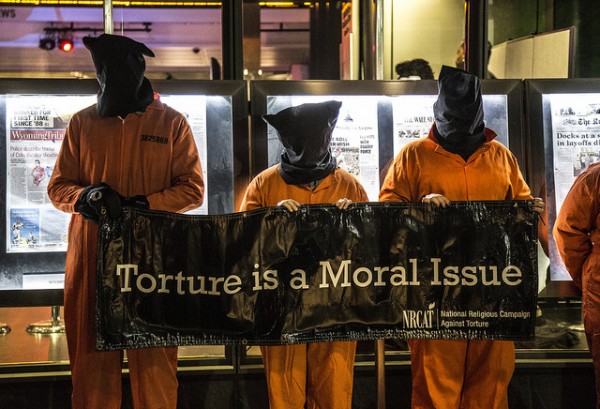 After 9/11, the CIA seemed to believe the rules of engagement had fundamentally changed. But when it came to prohibitions against torture, assassination, and other rights violations, they hadn’t. We had to fight al-Qaeda, but we should have done it within the law.

All CIA officers should have been trained in carrying out intelligence operations ethically. That never happened — and today we can see the results.

Let’s say you’re a CIA officer and you’ve recruited an amazing source. Your source has direct access to the leadership of the Islamic State, and everything he’s reported to you so far has checked out. You’ve vetted him, so you know he’s telling you the truth about the details of his access.

One day you’re meeting with him. He tells you that he’s done everything you’ve asked and he feels that you “owe” him. He says that he wants a prostitute, and if you don’t get him one, he’s going to stop cooperating.

Frankly, just about every case officer I’ve ever known would. But what if he asks you to get him a child prostitute? Would you do it?

The answer, clearly, ought to be no. But some case officers would. There’s no training to say that they shouldn’t. Instead, CIA officers are trained to violate the law. They’re in a foreign country, after all, and they likely have diplomatic immunity. They don’t care about local laws.

Last December, the Senate Select Committee on Intelligence issued its report on the CIA torture program, which detailed gruesome and systemic human rights violations by agency employees. The CIA hadn’t only tried to cover up its actions — it actually spied on the Senate’s investigators, too.

The report concluded that these brutal tactics weren’t even useful for gathering intelligence. But that’s not the issue. The issue is that something about the CIA’s culture, its collective mindset, allowed it to make a crime against humanity into policy. It’s become an ethics-free zone.

Officers of the CIA, FBI, NSA, and other U.S. intelligence agencies are told to penetrate terrorist cells and prevent attacks against Americans. They’re pressured to “go do it” or suffer the consequences. But no one’s able or willing to tell them the rules.

That’s what’s wrong with the CIA today. And that’s where the moral and ethical rebuilding of the organization should begin.