What if treating cancer requires no quantum leap?
By Emma Kast | March 2, 2016

Over half a million people in the United States will die of cancer this year — more than 1,500 a day. It’s so common that we’ve grown numb to the risks. But this could change sooner than you might think.

President Barack Obama has put Vice President Joe Biden in charge of a new “moonshot task force” to defeat the disease that took Biden’s son’s life in 2015. “We’ll clear out the bureaucratic hurdles — and, quite frankly, let science happen,” Biden said. The initiative aims to make “a quantum leap on the path to a cure.”

What if fighting cancer didn’t require anything that daunting? What if a treatment that could save millions of lives can be found not in some magic formula yet to be invented, but rather in a combination of already existing drugs?

The documentary Surviving Terminal Cancer suggests that this could be the case. The film tells the stories of a handful of people who survived the deadliest form of brain cancer, known as glioblastoma multiforme. 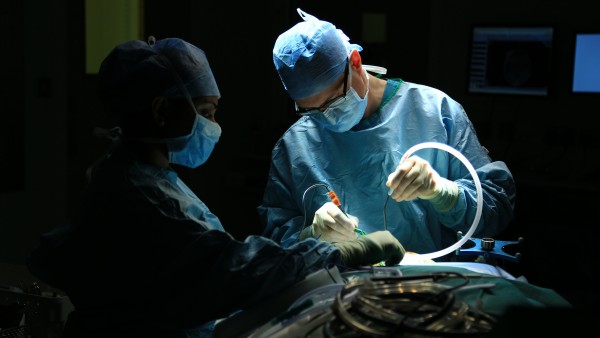 How did they do it? By ignoring their oncologists who told them to give up.

The cancer survivors eradicated their deadly tumors not by finding one miracle drug, but by repurposing a combination of multiple drugs already on the market, an approach known as cocktail therapy.

Together, these drugs killed or blocked the growth pathways of their cancer. This method of using a mixture of medications to produce the desired effects was used to transform AIDS from a death sentence to a treatable illness in the 1990s.

Many of these terminal cancer survivors aren’t doctors. They’re people of all different professions who managed to do some research on their cancer and get their hands on the combination of repurposed prescriptions they needed. Often this required lying about their symptoms to their doctors — feigning acne or an allergy, for example.

And the pioneers of a cocktail approach to brain cancer treatment are almost entirely outside the field of oncology, including my father. He’s a psychiatrist.

Clearly, the science is there. But here in the United States, we’re not letting it happen. Unable to overcome the obstacles preventing him from officially testing the treatment in our country, my dad managed to obtain support in Germany. Official trials have now begun there.

The question is, why does this innovative research have to be conducted overseas? Why do our oncologists refuse to consider the merits of cocktail therapy even though its effectiveness is well-documented for other diseases? And trials aside, why don’t they consider it a viable option for their terminally ill patients for whom they have nothing else to offer?

What have they got to lose?

As it turns out, plenty. Doctors are held back from innovative treatment plans because they fear litigation, including malpractice accusations that may arise as a result of straying from traditional cancer treatment paths. For us to have more survivors to tell their stories, Congress must make it easier for doctors and terminally ill patients to consent, if they wish, to participate in reasonable but untested treatment options.

There are other barriers in place as well. For example, Big Pharma has no interest in cocktail therapy options since they aren’t very profitable. Most of the drugs involved are already out in generic form and therefore cost a small fraction of what companies can currently charge a patient for cancer treatment: an average of $100,000 a year.

To counter the drugmakers’ clout, Congress should cap the money pharmaceutical companies are allowed to make from selling their drugs. That’s how our government prevents utilities from gouging their customers who rely on them for water and electricity.

Why shouldn’t life-saving creativity be a safe and fully legal option for doctors? Sweeping aside the bureaucratic hurdles obstructing research into cocktail-style cancer treatments could give Biden’s task force all the room it needs to make that quantum leap it’s after.

Emma Kast is the OtherWords editorial assistant at the Institute for Policy Studies. OtherWords.org