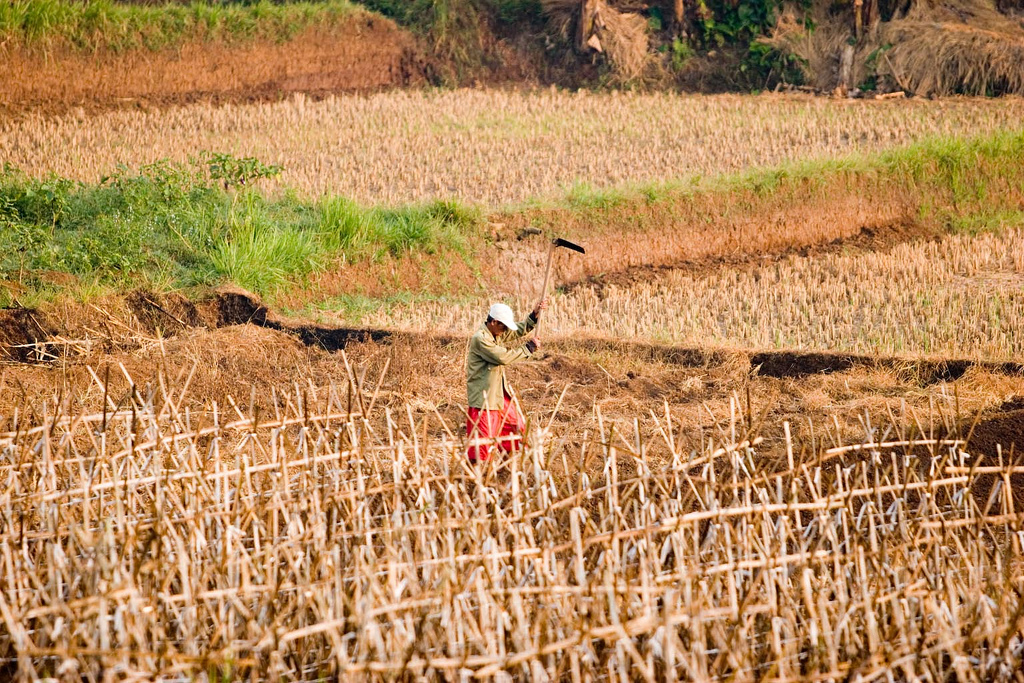 The Coming Crisis for the World’s Farmers

Any farmer can tell you it's hard work. Now imagine climate change — and no safety net.
By Jill Richardson | May 10, 2017

Remember the climate crisis? It’s still happening. Having a government that resembles a circus, it turns out, hasn’t stopped the clock on the level of greenhouse gases in the air.

At a conference in Italy, former president Barack Obama spoke recently about the impact the climate crisis will have on the world’s poorest and most vulnerable people.

The points he made were common sense: The majority of the world’s poor in the Global South are farmers, and the changing climate is already making it harder for them to produce the food they need. If nothing changes, the refugees already pouring into Europe will just be the warm-up act for the flood that will come later.

When the climate changes, weather extremes become more pronounced and more common. Droughts and floods harm crops, particularly in regions where farmers don’t have access to irrigation. Warming temperatures can also bring pests and diseases (human, animal, and plant) to regions where they previously didn’t exist.

I’ve traveled to peasant farms in South America, Africa, and Southeast Asia, and all are impacted by climate change already.

In Kenya, farmers told me their rain patterns had changed, becoming less predictable and making it harder to grow their crops. Some farmers had given up planting during one of the usual annual rainy seasons because the weather was so erratic that it wasn’t even worth the risk.

There’s no safety net if you’re a subsistence farmer in a poor country. You grow what you eat, and maybe a small surplus to sell for cash. No crops equals no food. There’s no crop insurance or farm subsidies.

The solutions to these problems are two-fold.

First, we must address the climate crisis head on. And peasant farmers in the Global South can’t do that, because they aren’t the ones putting all the emissions in the air. It’s industrialized countries like ours doing that.

Second, many hope to help farmers grow more food or adapt to the changing climate to improve their fates. Unfortunately, the types of policies the Obama administration promoted are better for U.S. agribusiness corporations than they are for peasant farmers.

Despite being poor, or lacking formal education, peasant farmers aren’t ignorant or helpless. There’s a global peasant movement advocating for a set of solutions they believe will help them the most — and those aren’t the solutions the U.S. government has favored under Obama or any other president, much less our current one.

The global peasant movement points the finger at corporate-friendly economic policies and organizations like the World Trade Organization, the World Bank, and the International Monetary Fund. The U.S. government, under both major political parties, unilaterally favors these institutions.

Trump, of course, appears to be different. but given that experts are now openly speculating whether he’s mentally ill, and his policies lead others to ask whether he’s a fascist, I don’t think he’s the answer the global peasantry is looking for.

At the end of the day, the nations who can reduce global greenhouse gas emissions the most are the nations that emit the most. We account for 17 percent of global emissions, which means we can solve at least 17 percent of the problem.

Americans have made their mark on the world for their ingenuity and innovation. We’re smart enough to figure this out. All it takes is the will to do so. First, because the fate of the world’s poorest people rests in our hands, and second because they’ll be flooding over borders as refugees if we don’t.