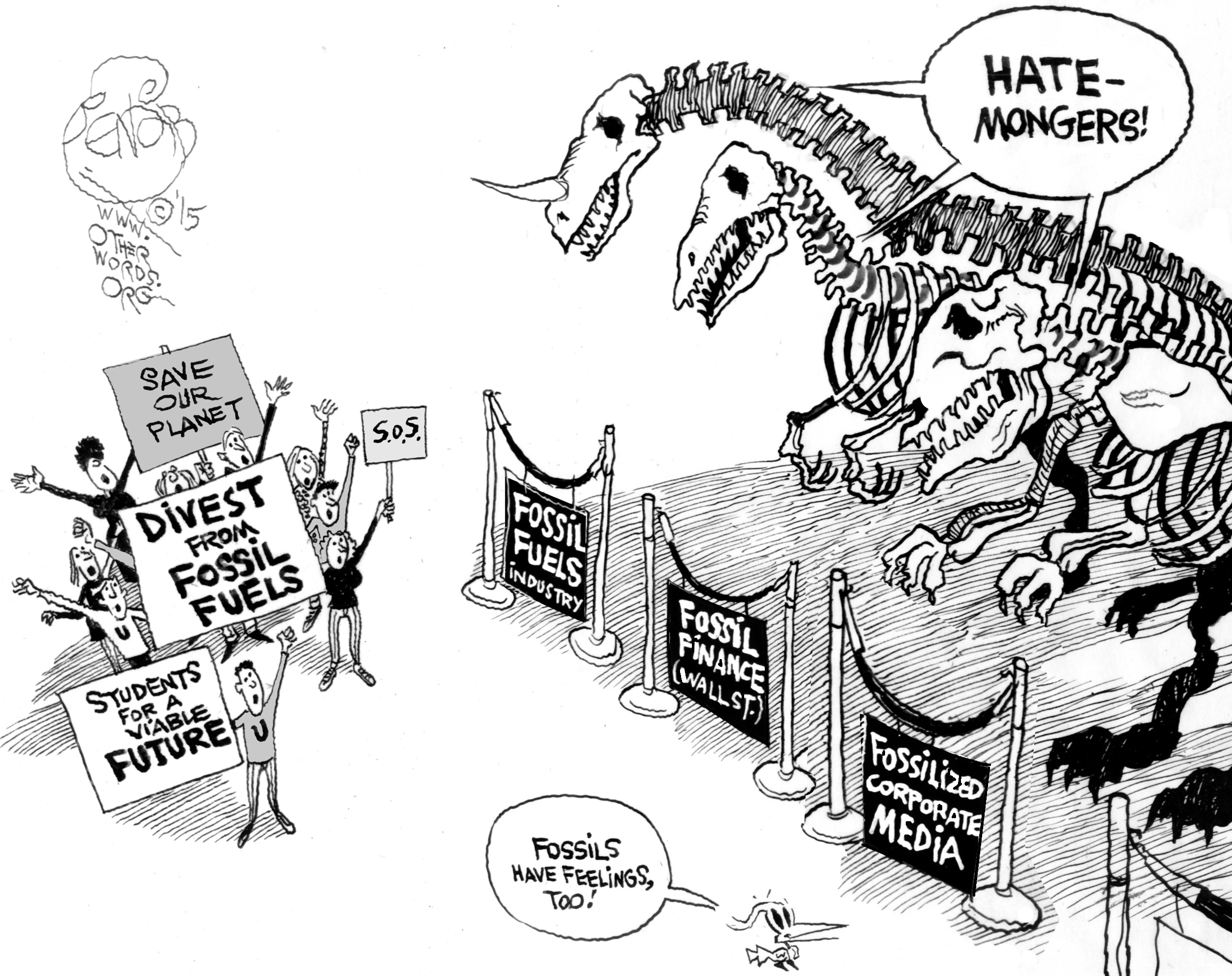 Investors who refuse to put their money into oil, gas, and coal may reap financial gains for doing the right thing.
By Emily Schwartz Greco | April 22, 2015

That’s only natural: Students, professors, and alumni are increasingly telling their schools to put their money where their mission is by shunning oil, gas, and coal assets. And there’s no more symbolic time of year to make that kind of statement.

Conservative icon George Will, realizing this is a thing, ridiculed Syracuse University’s recent decision to sweep all dirty-energy holdings out of its $1.2-billion endowment. Even for fossils like the widely syndicated columnist, it’s too hard to ignore the growing movement to make universities — and everyone else — lock these industries out of their investments.

At least 20 colleges and universities have sworn off either just coal or all fossil fuels so far, along with dozens of cities and many religious and philanthropic institutions. Some 1,500 individuals, myself included, have pledged to shun those assets and actively invest in climate solutions.

If you find this debate confusing, you’re not alone. People on either side argue over different things. 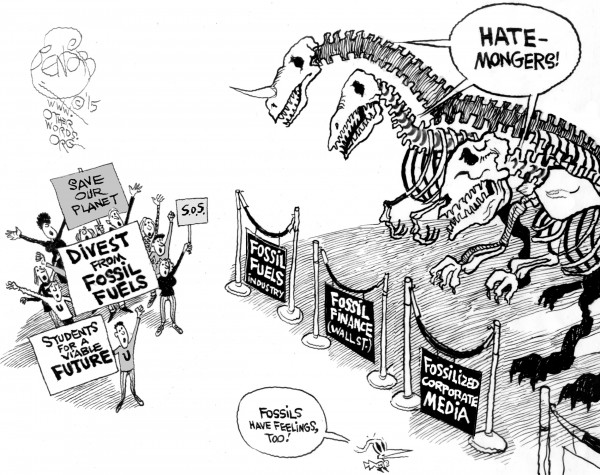 Supporters dwell on the specter of a climate catastrophe. They cast divestment as a moral, ethical, scientific, and environmental duty. Foes, meanwhile, harp about finances. They sneer that shunning entire industries is reckless and bound to crimp returns.

I would support divestment even if the naysayers were right. Happily, they’re not.

Yes, the fate of the Earth matters more than how quickly Harvard’s endowment crosses the $50-billion line. But it turns out that marrying your money and climate mission can pay dividends.

In other words, this increasingly diverse community — both the First Presbyterian Church of Tallahassee and the First Unitarian Church of Portland, Oregon are in — will probably profit from jilting oil, gas, and coal.

MSCI, a leading global stock market index company, tracks fossil-free performance. It determined at the end of March that stock portfolios without exposure to these industries had outperformed investments that included fossil fuels over the prior five years. Since November 2010, MSCI’s fossil-free index has gained 13 percent on an annualized basis, eclipsing conventional investment approaches by 1.2 percentage points.

That bodes well for divestment. So, would Harvard’s holdings gain or lose if it took the plunge?

Because most of those assets are secret, I can’t say. Yet it’s public knowledge that the university owns (or did pretty recently) shares in Anadarko, a Texas-based oil and gas company that’s active in fracking and played a major role in the 2010 Deepwater Horizon oil disaster. Harvard also owns shares in Vale SA, a Brazilian-based mining conglomerate, Fossil Free Indexes observes.

Over the past year, Anadarko shares declined 6.5 percent while the Standard & Poor’s 500 benchmark stock index gained 11.5 percent. And Vale shares have withered as prices for the coal and iron ore the company exports have sunk. Its shares have lost more than half their value over the past 12 months.

Even though Anadarko hasn’t faltered as badly as its competitors — oil and gas funds fell an average of 17 percent last year — Harvard’s endowment would have performed better without it or Vale.

The upshot: When George Will says “the effect on the growth of institutions’ endowments will be negative” if they divest, he’s ignoring market realities, flaunting his financial ignorance, or deliberately misinforming the public.

Some dirty-energy asset prices clawed back from multi-year lows while Harvard students, alumni, and faculty were making a very public case for divestment. Still, there’s no reason to bet on a sustained rebound when experts predict that oil, gas, and coal prices will remain depressed.

Given the financial rewards investors can reap for getting out of fossil fuels, the real question isn’t whether divestment is risky. It’s why anyone would willingly pollute their portfolio regardless of where they stand on climate change.