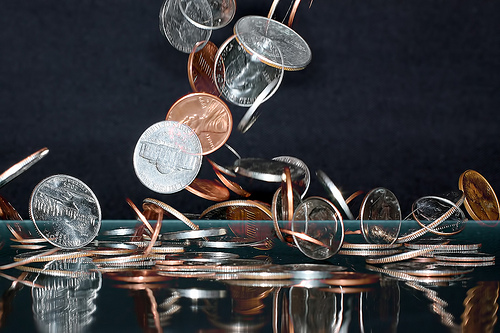 While the White House and much of the media spun the hurried late-night move as a victory for the middle class, it was a win paid for with new tax cuts worth hundreds of billions of dollars for America’s wealthiest families.
By Scott Klinger | January 2, 2013

Millions of Americans watched the ball drop on New Year’s Eve. The glitzy one in Times Square symbolized joy and hope for the New Year. Just a few hundred miles to the south, Congress dropped another ball — one that no doubt sent champagne glasses clinking among the richest 1 percent. But the rest of us shouldn’t celebrate.

While the White House and much of the media spun the hurried late-night move as a victory for the middle class, it was a win paid for with hundreds of billions of dollars in new tax cuts for America’s wealthiest families. 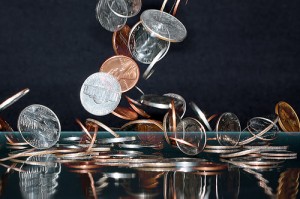 At midnight on December 31, all of the Bush era tax cuts expired. So when the Senate voted a couple of hours after midnight, they technically voted on new tax cuts for everybody. The bill that the Senate passed raises $1 trillion less than President Barack Obama’s original budget proposal. And much of it flowed directly into the pockets of America’s richest 1 percent.

Obama not only failed in his promise to raise taxes on the top 2 percent of taxpayers, he couldn’t even raise taxes on all of the richest 1 percent. Only those with individual incomes above $400,000 ($450,000 for couples) will face higher tax rates. The threshold for the top 1 percent starts at $369,691. The tax cuts for the richest Americans are permanent, while the child tax credit, college tax credit, and earned income tax credits that benefit Americans of more modest means expire once again in five years.

President Obama’s original budget proposal would have increased the annual tax bills of the richest 1 percent by nearly $10,000; the bill that Congress just enacted instead cuts the income taxes of the average top 1 percent family by $17,840, according to Citizens for Tax Justice.

The very rich got an even greater belated Christmas gift: the budget deal raised the estate tax exemption to $10 million per couple. That level’s so high that only the richest 0.3 percent will pay it — just 3 of every 1,000 estates or about 7,000 estates each year. When the clock struck midnight on January 1, the estate tax rate was 55 percent. Two hours later, when the Senate acted, it dropped to just 40 percent.

Taking into account the new health care tax on unearned income, the wealthiest 1 percent also saw taxes on their dividends nearly halved from what would have become a 43 percent rate to 24 percent. With this fiscal deal, Congress continues to honor the perverse American tradition of rewarding income from wealth more than income from work.

And lest corporations feel left out of the New Year’s Eve party for the rich — Congress snuck 31 corporate tax breaks into the bill, including two pernicious provisions called the Active Financing Exception and the Controlled Foreign Corporation Look-Through, which helps companies like General Electric and Apple avoid billions of dollars in U.S. corporate income taxes.

While eight senators opposed the deal, only one — Democrat Tom Harkin of Iowa — did so because he felt it threatened America’s middle class.

“Every dollar that wealthy taxpayers do not pay under this deal, we will eventually ask Americans of modest means to forgo in Social Security, Medicare, and Medicaid benefits,” Harkin explained. “It is shortsighted to look at these issues in isolation from one another, especially when congressional Republicans have been crystal clear that they intend to seek spending cuts to programs like Social Security just two months from now, using the debt limit as leverage.”

Because the deal the White House brokered with Congress does little to reduce the debt, deficit hawks will soon be back at it, seeking to cut more from Social Security, Medicare, food stamps, and other programs that benefit millions of families.

If that happens, middle class and low-income Americans will have less money to spend, which will mean fewer customers for Main Street businesses, and ultimately fewer jobs for all.

Scott Klinger is an Associate Fellow of the Institute for Policy Studies and a co-author of the report “A Pension Deficit Disorder: The Massive CEO Retirement Funds and Underfunded Worker Pensions at Firms Pushing Social Security Cuts.”
Distributed via OtherWords. OtherWords.org