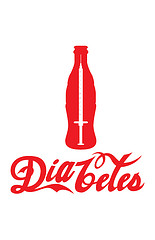 With a newfound exercise obsession, Coca-Cola and other companies are trying to shift the blame for what they're doing to our health.
By Jill Richardson | August 21, 2013

New rule (as Bill Maher would say): If you make billions of dollars a year selling unhealthy food, you don’t get to tell us to work out.

But it was a totally different story when Ronald McDonald went all Richard Simmons on us, visiting schools to tell kids to work out.

Exercise is a great idea, but it’s not diet advice. Yet this is a frequent tactic of many of the corporations that rake in profits by selling us junk.

Take Coca-Cola’s shameless new fitness campaign. “Are you sitting on a solution?” asks a photo on the company’s website, depicting two people cuddled up, sitting on a beach. The thing is, they’re drinking the problem: Coca-Cola.

Let me translate Coke’s new campaign into plain English: “Don’t blame us for America’s public health crisis.” The company is also asking you to not notice that while the American Heart Association recommends no more than six teaspoons of sugar per day for women (nine for men), a single can of Coca-Cola has nearly 10 teaspoons of the sweet stuff.

Or maybe this is what the ad campaign is really saying: “Please ignore the fact that, over the years, we’ve sold our flagship product in larger and larger containers. Just exercise a bit more — here, we’ll even help with some tips — and then you won’t notice that our product is terrible for you. Keep drinking Coke, and don’t regulate us.”

That’s the message, anyway. And what’s more pathetic is that some folks are falling for it.

The BlogHer conference enthusiastically announced that its sponsor, Coca-Cola, will help attendees stay fit by giving out free pedometers as well as other prizes like yoga mats and jump ropes. (Yeah, and I bet Coke will help attendees get Type II diabetes by serving them Coca-Cola.)

As far as our bodies are concerned, eating well and exercising are not an either/or thing. Nor is avoiding smoking, managing stress, getting enough sleep, or brushing your teeth. A healthy body requires all of the above.

So let’s leave exercise out of it and talk about diet. The average American drank 401 servings of Coke products in 2012. Sure, that includes juices, sports drinks, and water, but Coca Cola’s top four brands — each bringing in more than $10 billion in sales per year — are all soft drinks.

McDonalds’ top sellers worldwide are french fries and Big Macs, but even the fast food giant’s “healthy” offerings tend to be terrible for you.

Many Americans enjoy these unhealthy foods and beverages. And yes, drinking a soda or eating some nachos once in a while won’t kill you.

But these days, eating anything but junk can feel like an uphill battle. Healthy food is often more expensive, more perishable, and, well, less addictive. Not to mention less available 24/7 through a drive-thru.

Unhealthy diets have reached the point of a public health crisis. And while there can be debate over the role food companies have played in causing the crisis, it’s clearer than Sprite that they’ve profited from it.

The purveyors of junk food and fast food know they have some responsibility too. That’s why they are so worried.

These companies are trying to shift the blame. They want you to believe that it’s your fault that you didn’t run a marathon to burn off the calories from your meal at Taco Bell.