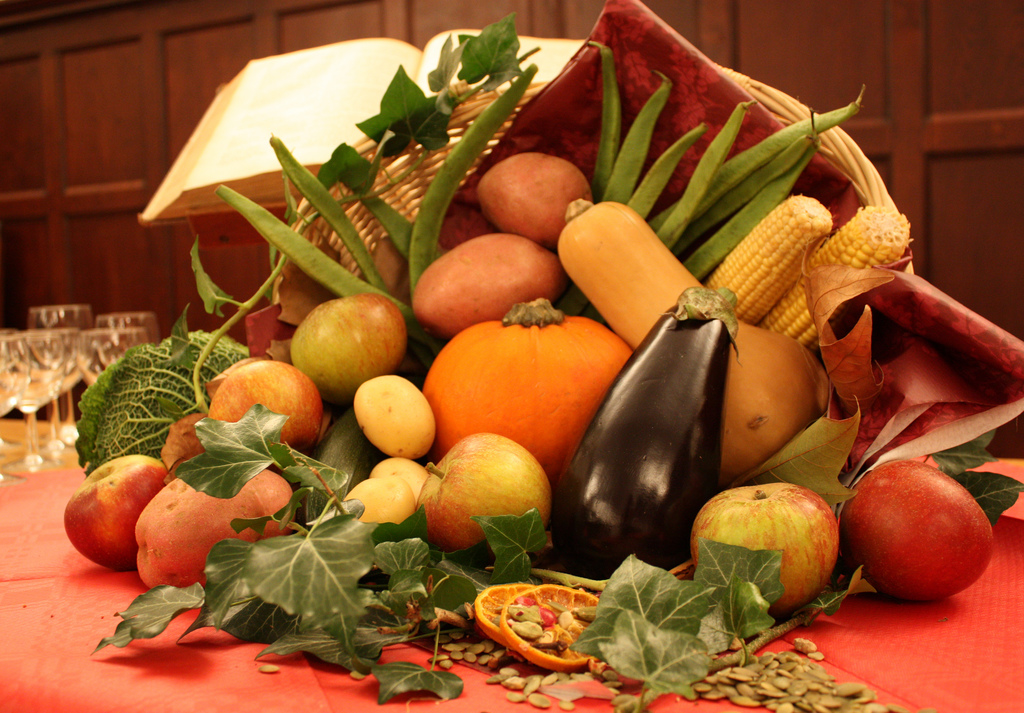 Wherever it began, and whatever the purists claim is "official," Thanksgiving today is as multicultural as America.
By Jim Hightower | November 18, 2020

No, not the Butterball now pouting in the Oval Office. I’m talking about the real thing — the big bird, 46 million of which Americans will devour on Thanksgiving.

It was the Aztecs who first domesticated the gallopavo, but leave it to the Spanish conquistadores to “foul-up” the bird’s origins.

The Spanish declared the turkey to be related to the peacock — wrong! They also thought the peacock originated in Turkey – wrong again!  And they thought Turkey was located in Africa. You can see the Spanish colonists were pretty confused.

Actually, the origin of Thanksgiving itself is similarly confused.

The popular assumption is that it was first celebrated by the Mayflower immigrants and the Wampanoag natives at Plymouth, Massachusetts, 1621. They feasted on venison, neyhom (Wampanoag for gobblers), eels, mussels, corn, and beer.

But wait, say Virginians, the first precursor to our annual November food-a-palooza was not in Massachusetts — the Thanksgiving feast originated down in Jamestown colony, back in 1608.

Whoa, there, hold your horses, pilgrims. Folks in El Paso, Texas, say it all began way out there in 1598, when Spanish settlers sat down with people of the Piro and Manso tribes, gave thanks, then feasted on roasted duck, geese, and fish.

“Ha!” says a Florida group, asserting the very, very first Thanksgiving happened in 1565, when the Spanish settlers of St. Augustine and friends from the Timucuan tribe chowed down on cocido — a stew of salt pork, garbanzo beans, and garlic — washing it all down with red wine.

Wherever it began, and whatever the purists claim is “official,” Thanksgiving today is as multicultural as America. So let’s enjoy — even if we’re in smaller groups or observing virtually this year.

Kick back, give thanks we’re in a country with such ethnic richness, and dive into your turkey rellenos, moo-shu turkey, turkey falafel, barbecued turkey.