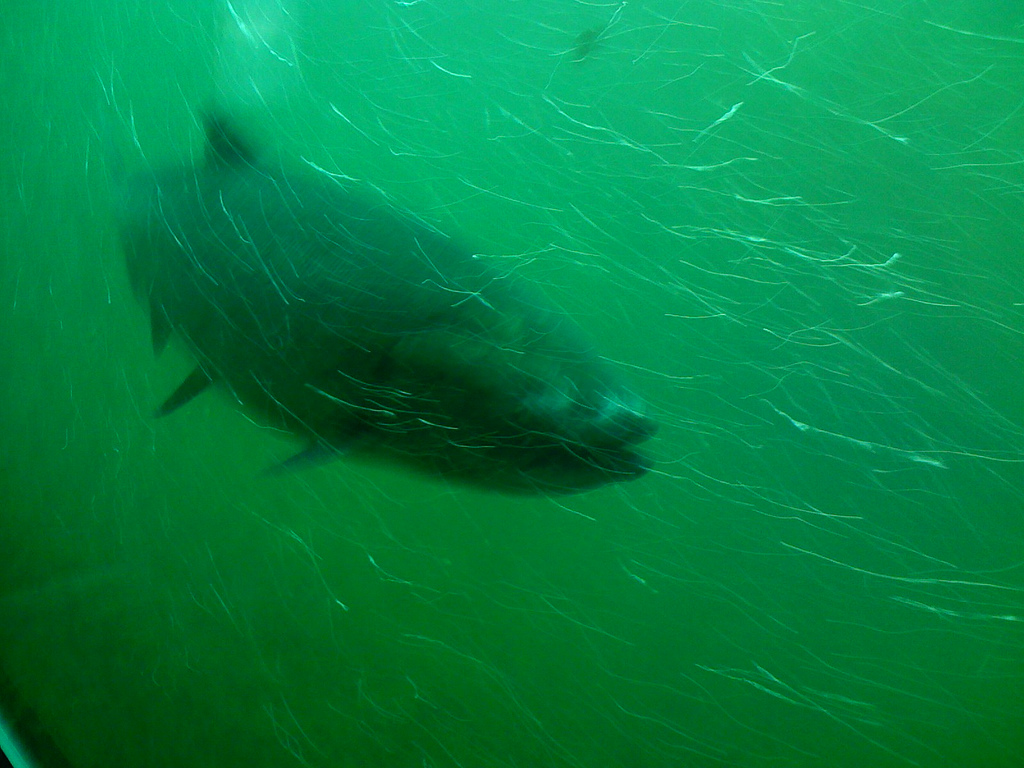 The Fishy Science Behind Mutant Salmon

Americans have been eating genetically modified corn, soybeans, and other crops for nearly two decades. But thanks to the Food and Drug Administration, now you might find a salmon with genes spliced from two other fish species on your plate.

It’s the first time the FDA has ever approved the sale of a genetically modified animal.

Scientists created this creature by inserting genes from one species of salmon and an eel-like fish called an ocean pout into the DNA of an Atlantic salmon. The goal was to produce a salmon that grows faster, to make farming the fish more efficient.

But they weren’t done after injecting the extra genes.

After adding the foreign genes to salmon eggs, they fertilized the eggs with the irradiated sperm of yet another fish species, the Arctic char. Then they pressure-treated the fertilized eggs, ultimately creating fish with two sets of chromosomes from their salmon mothers and none from their Arctic char fathers.

All of these fish will be female. So scientists will treat them with hormones and turn them into “neomales” — essentially fish that appear male but still have two X chromosomes like a female.

The neomales will breed with normal, female Atlantic salmon. The result will be all female genetically engineered salmon, each with three complete sets of chromosomes instead of two.

Mmm, extra chromosomes. Are you getting hungry yet?

The science used to justify the safety of this new fish is, well, fishy. Or, as Consumers Union Senior Scientist Michael Hansen put it, it’s “sloppy,” “misleading,” and “woefully inadequate.”

AquaBounty, the company that makes the salmon, recorded safety data for many years. Yet when analyzing the data, they often chose to ignore their worst year, 2005, as an “outlier.” Instead, they focused on their best year, 2007.

That’s kind of like asking your professor to throw out your scores on your worst test and calculate your grade based on your best one.

What’s more, Hansen points out that the law used to regulate genetically engineered animals requires a separate approval for each production facility. In the case of the salmon, AquaBounty did its testing in Canada, but they plan to grow out the fish in Panama. In order to comply with the law, the company should have performed testing in Panama. But it didn’t.

This should concern any American who, you know, eats.

For one thing, this new salmon is now swimming toward your plate. Of course, you might not know when it arrives there, because the government doesn’t require it to be labeled.

More importantly, this fish just set a precedent. Any company working on future genetically engineered animals can take note: The U.S. government sets the bar low. There’s no need to work too hard or be too rigorous in testing your products for safety.

Americans deserve better than this. Our food should be safe — and labeled. We have a right to know what’s on our plate, and it should take more than sloppy science to land a newfangled fish there.