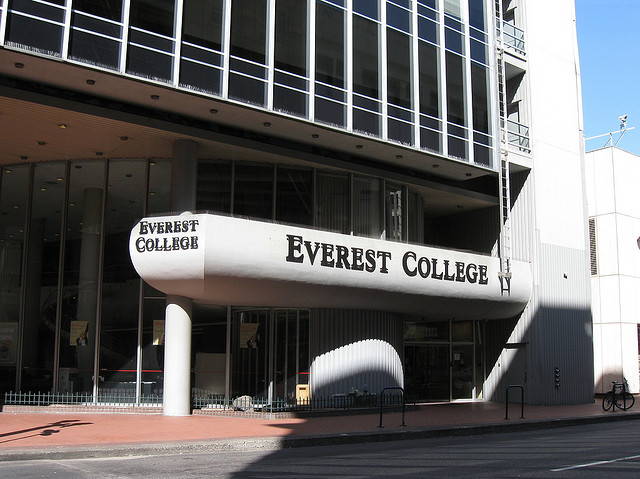 Why I support the debt strike against my former employer.
By Dawn Lueck | May 6, 2015

This spring, around 100 indebted college grads came up with a novel strategy for dealing with their crushing debt: They simply weren’t going to pay it.

With over 100 campuses in the United States and Canada, Corinthian’s schools — including Everest and Heald College campuses, among others — offered “career-oriented” degrees in fields such as nursing, business, criminal justice, and information technology.

Since at least 2007, the company has been under investigation by various state and federal agencies for pushing students into high-interest loans and defrauding them with false promises of high-paying careers.

I’m a former corporate finance manager for Corinthian — and I support the debt strikers. I agree with the Debt Collective, a grassroots organization with which I’m affiliated, that the federal government should cancel Corinthian students’ loans.

Most students at for-profit colleges like Corinthian are targeted because of their vulnerable circumstances. They have dire financial needs and, because they’re often the first in their families to attend college, they don’t have the kind of knowledge and experience about college admissions that wealthier students do.

They’re lured in by salespeople disguised as helpful admissions officials, who offer students a convenient schedule — along with empty promises of higher earnings and a better life. What students get instead is a lifetime of debt and a worthless degree. 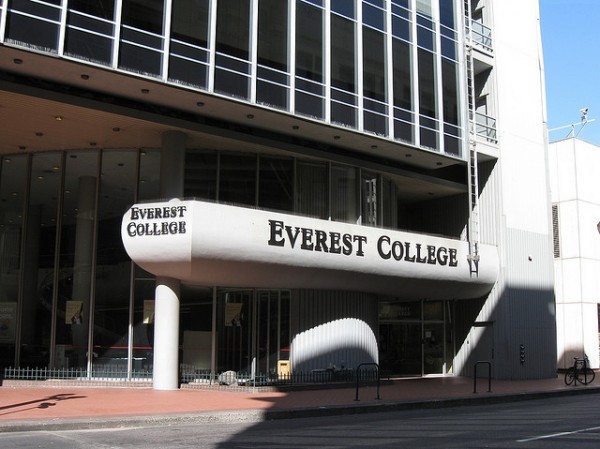 Before Corinthian outsourced my job to another company in 2012, I helped develop some of those recruitment techniques. I know firsthand that the industry is designed to desensitize employees to the human cost of what they’re doing.

Through high-pressure micromanagement tactics — such as evaluating employee performance based on the number of students recruited — Corinthian employees were encouraged to hide facts about the school that would have turned prospective students away.

Once a student signs the enrollment agreement, he or she is basically reduced to a student ID number in the minds of campus leaders and corporate executives.

That’s the kind of information management demands from admissions representatives and financial aid administrators on a weekly basis. The needs of the student are thrown out the window.

When students become nothing but a number, it’s easier to take advantage of them.

Tens of billions in federal student aid has flowed into for-profit college coffers and into investor pockets over the last two decades. It’s the students who are left on the hook.

As a result of this relentless drive for profit, Corinthian students ended up borrowing more than they intended and often misunderstood the amount they would owe after graduation. That’s no accident: The process was designed to be easily misunderstood.

The federal government and state authorities have investigated for-profit colleges for years.

Earlier this year, the Department of Education helped Corinthian sell some of its failing schools, preventing some currently enrolled students from getting a debt discharge. When student debt strikers brought the issue to national attention, Corinthian was forced to shut down its remaining campuses.

So far, the Department of Education has failed to give defrauded students the relief they deserve. Instead, these colleges’ manipulative tactics have left hundreds of thousands of people buried in debt for worthless degrees.

This predatory system takes a toll on employees as well as students. The relentless demand to meet recruitment targets resulted in anxiety-related health problems for many of my former coworkers.

I commend the Corinthian 100 for fighting back. I hope other current and former Corinthian employees will take inspiration from them and come forward to tell the truth about the for-profit college scam.

Dawn Lueck is a an organizer with the Debt Collective and a former corporate finance manager for Corinthian Colleges.
Distributed by OtherWords.org.