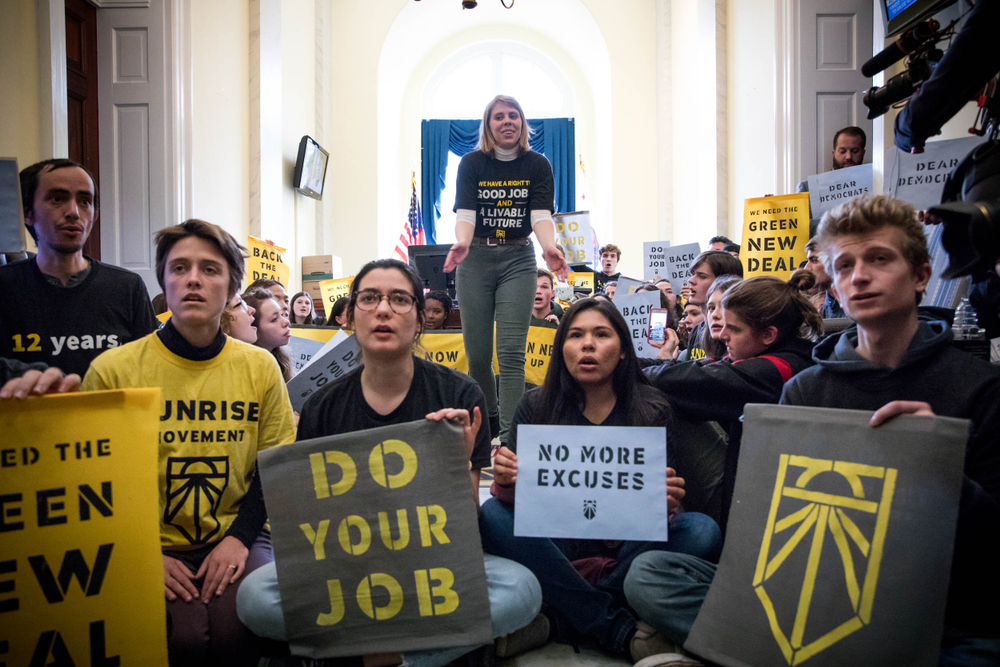 We need a plan to save the planet while creating great jobs. Actually, there is one.
By Norah Vawter | December 26, 2018

Lately there’s been a lot of bad news about climate change and the future of humanity.

In October, the United Nations issued a major report warning of a climate crisis as soon as 2040. The day after Thanksgiving, the Trump administration tried to bury the release of its own report on the dire effects of climate change already occurring in the United States, which included dark predictions for the future.

Meanwhile the Trump administration sent an adviser to the UN climate summit to promote coal and warn against climate “alarmism.”

So this all sucks. But here’s the thing about climate change: You can either ignore it, get depressed about doomsday scenarios, or believe that no matter how badly we’ve screwed up as a species, we’re also smart and creative enough to fix this.

If the alternatives are ignorance and despair, I’ll choose hope. Every single time.

So where can we focus our hope? What can we actually do about climate change?

I’m excited about the Green New Deal, an idea that’s been kicking around since 2007 but was popularized this fall by Representative-elect Alexandria Ocasio-Cortez (D-NY) and the youth-led Sunrise Movement. At least 37 members of Congress have signed on, along with dozens of activist organizations.

Not only a plan to shake up environmental policies, it’s also a massive jobs program, named after the Depression-era New Deal. The basic idea is to get us to 100 percent renewable energy by 2035, by putting Americans to work building a new energy infrastructure.

It merges the immediate concerns of working Americans — jobs and the economy — with the long-term concerns of climate change. We don’t have to choose between economic sustainability and environmental sustainability.

“This is going to be the Great Society, the moonshot, the civil rights movement of our generation. That is the scale of the ambition that this movement is going to require,” said Ocasio-Cortez during a town hall meeting with Bernie Sanders.

The ambitious plan touches on a “smart” grid; energy-efficient buildings; sustainable agriculture, manufacturing, transportation, and infrastructure; and exporting green technology to make the U.S. “the undisputed international leader in helping other countries transition to completely carbon neutral economies.” Think of the scale of this program, and then think of all the jobs that would be created. This could be huge for rural America in particular.

Will the Green New Deal be expensive? Probably. But that doesn’t mean it will be a drag on our economy.

A recent study by the Global Commission on the Economy and Climate revealed that we could save $26 trillion, worldwide, if we shifted to sustainable development. Another new study shows wind and solar power to be the cheapest sources for electricity around the world. Last year, the Republican mayor of Georgetown, Texas switched his city to 100 percent renewable energy because of the low costs in the long-term.

On the other hand, at the UN climate summit in Poland, some of the world’s most powerful investors warned of a major financial crash if we don’t solve the climate crisis.

Is the Green New Deal too ambitious? No. We need ambition. The impending climate crisis is the biggest problem the human race has ever faced, and we can’t think small.

So let’s get visionary. Let’s dream big. Let’s fight for our children, and let’s invest in their future.