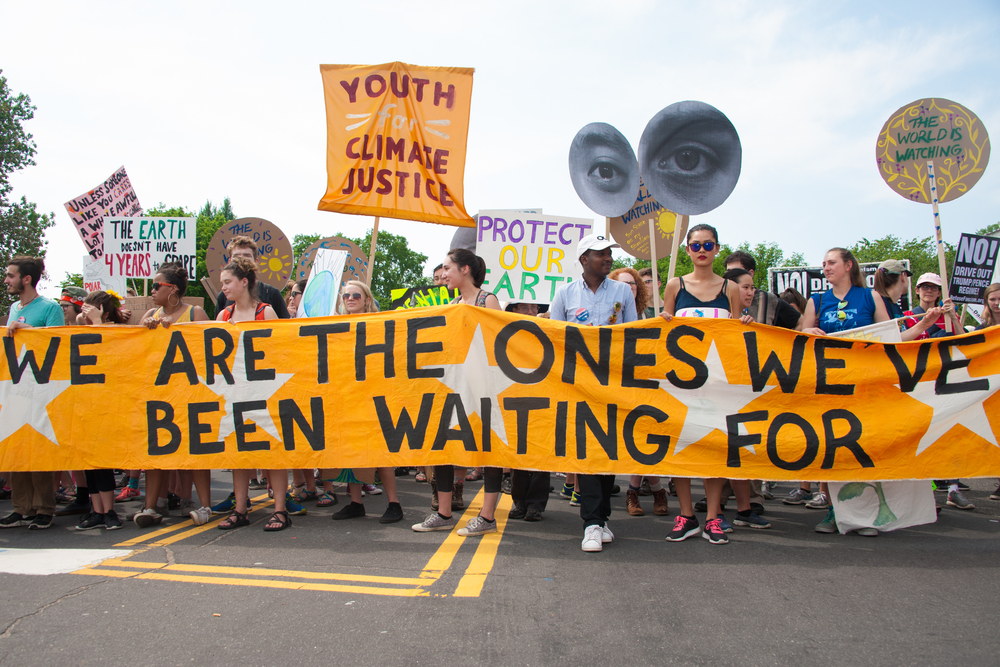 For years, I've been fighting to save the planet for my son's generation. Now they're fighting for themselves.
By Norah Vawter | February 12, 2019

I became involved in climate advocacy when I realized how dramatically my son’s life would be affected by climate change if we don’t do anything.

He was three years old when I started to imagine what his world would be like when he graduates from school, when he gets his first job, when he wants to start a family, and when he’s ready to retire. In different ways, the impacts of climate change will affect all of these moments.

Climate change will disproportionately affect my kid’s generation, and all future generations. And that terrifies me.

I want my little boy to inherit a beautiful, healthy world — not just to grow up in, but also to grow old in. There are a lot of other issues I care about, but if we don’t address climate change, and soon, the rest won’t matter.

At first I felt helpless. I didn’t know what to do with my outrage and my worries. But I was lucky enough to meet like-minded individuals who were already fighting for a healthy planet and a hopeful future for humanity. Together we founded a local climate advocacy group and organized our first annual climate rally in Northern Virginia.

Many if not all climate activists share my motivation: We want to save the planet for our children, and our children’s children, and all future generations. But here’s the thing: The children might just end up saving us all.

They aren’t just marching — they’re affecting the political process in many different ways. Just as the March for Our Lives and other youth organizations have become a big deal in the larger gun control movement, youth climate organizations have a huge voice and ambitious reach in the climate movement as a whole.

For 13 years, YOUNGO, an international network of youth organizations, has had an official voice at U.N. climate conferences and hosted an annual “Conference of Youth.”

The Sunrise Movement, the primary activist group leading the call for a Green New Deal, was founded by 20-somethings seeking to organize young people all over the country.

Co-founder Varshini Prakash sums up their determination and optimism: “My nightmares are full of starving children and land that is too sick to bear food,” she said. “But my dreams are also full of a rising tide of people who see the world for what it is, people who see the greed and selfishness of wealthy men, of fossil-fuel billionaires who plunder our earth for profit.”

Zero Hour, a group that organized the Youth Climate March in D.C. and sister marches around the country last July, is led by teenagers. It was founded by Jamie Margolin when she was just 16. Now 17, she’s one of the most influential climate activists in the country.

These young people aren’t just taking to the streets, but they’re also taking on the legal system.

In Juliana v. United States, youth plaintiffs aged 11 to 20 are suing the U.S. government for failing to protect public resources — that is, the planet we all share — and therefore violating the plaintiffs’ constitutional rights to life, liberty, and the pursuit of happiness. This lawsuit has inspired similar legal action at the state level, in all 50 states.

When my son is a teenager, I hope that he’s as politically and socially engaged as these young activists. I can’t think of better role models for him. I want my kid to care desperately about his future, to speak up loudly and frequently, to act deliberately, to work hard, and to create a better reality.

I look forward to working alongside him.