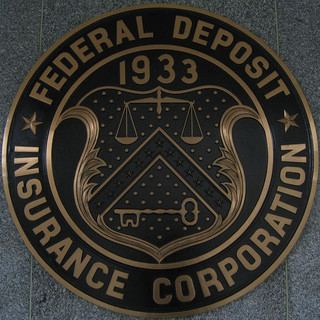 The Left and Right Agree: It’s Time to Break Up the Banks

Moments of consensus between left and right don’t come frequently in Washington, and we should heed them when they occur.

Right now, that means breaking up the banks.

Until recently, the idea that the biggest banks have gotten too big and ought to be divided was pooh-poohed as an unworkable fringe proposal. The Obama administration has avoided even whispering about the possibility of breaking up the banks, preferring to tinker with existing rules for how banks do business.

In recent months, however, an interesting development emerged: advocates on the right have joined voices on the left that have grown hoarse calling for an end to “too big to fail” banks.

Former Reagan speechwriter Peggy Noonan wrote in a January Wall Street Journal column, “The megabanks have too much power in Washington and too much weight within the financial system.” In February, conservative columnist George Will wrote: “By breaking up the biggest banks, conservatives will not be putting asunder what the free market has joined together. Government nurtured these behemoths by weaving an improvident safety net, and by practicing crony capitalism.”

Will further denounced the “pernicious practice of socializing losses while keeping profits private.”

It isn’t just Beltway pundits who are calling for intervention: tea party Republicans were angered enough by the bank bailouts that in 2010 they went after members of Congress who had approved these handouts.

The push to break up the banks is drawing support from both ends of the political spectrum for a simple reason: The biggest banks now unquestionably dominate the U.S. economy. Their size gives them an unfair advantage over community banks. They use their clout in Washington to thwart any attempt at regulation while gambling in shady derivatives markets with ordinary Americans’ bank accounts and retirement funds. And they demand public support when their risky bets go bust.

So while progressives and conservatives may approach the issue from different vantage points, we should welcome a joint effort to eliminate financial players that are “too big to fail.”

The conservatives who support breaking up the banks may not share liberal values. Some merely see this issue as an opportunity to steal populist thunder from Democrats. Moreover, agreement about this issue does not mean that government should never be involved in supporting struggling industries.

Will and other conservatives were wrong in opposing the Obama administration’s efforts to save the Big Three auto companies. Economists now widely acknowledge that this allowed hundreds, maybe thousands, of small auto parts manufacturers to stay afloat during an acute crisis, helping restore our economic stability.

In contrast, the big banks are purveyors of instability. The 2008 financial crisis clearly showed that their reckless schemes should not be underwritten with public guarantees of solvency. In this case, liberals and conservatives have a set of shared interests. That has created an opportunity for Washington to learn from its mistakes and take action to preempt future banking disasters.

Recognizing that the political climate is conducive to reform, Senators Sherrod Brown (D-OH) and David Vitter (R-LA) have teamed up to produce a bill — now moving on Capitol Hill — that, among other things, would require the biggest banks to have much higher cash reserves on hand. This would reduce the likelihood that their reserves would dip so low that taxpayers would have to bail them out in the event of a bad gamble. Brown sounded a populist call for ending the too-big-to-fail system, saying that doing so would “help Main Street community banks compete with Wall Street megabanks.”

Other financial experts, like former FDIC chair Sheila Bair, see existing laws like Dodd-Frank as the best tools for downsizing the financial titans.

Whatever policy tools are best for the job, this is a rare moment of agreement between progressives and conservatives over a bold proposition. The biggest banks need to be broken up, and there’s no better time to begin than now.

Amy Dean is a fellow of The Century Foundation and principal of ABD Ventures, LLC, an organizational development consulting firm that works to develop new and innovative organizing strategies for social change organizations. www.amybdean.com
Distributed via OtherWords (OtherWords.org)