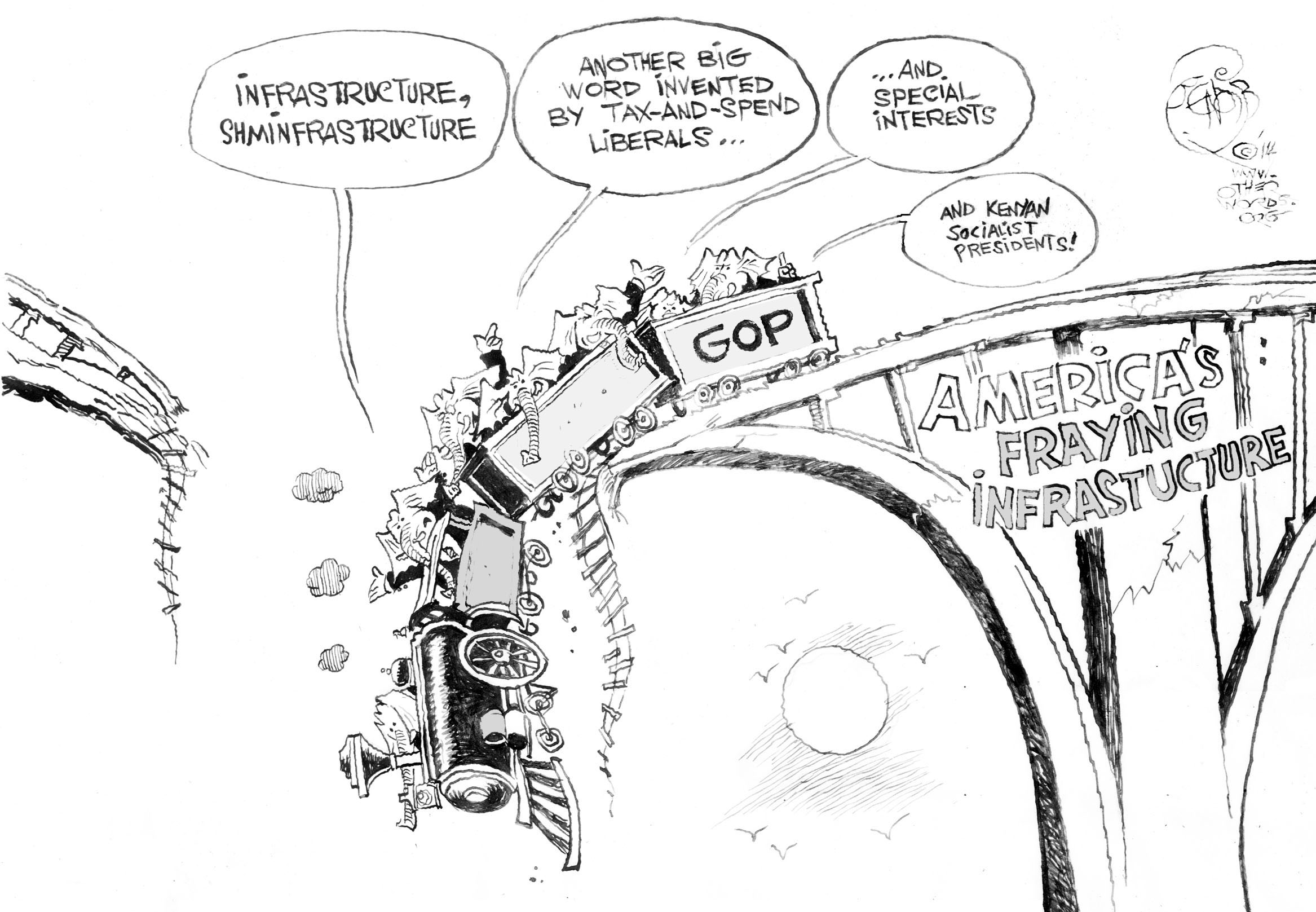 Destroying a Bridge to Somewhere, an OtherWords cartoon by Khalil Bendib

The Little Train That Won’t

The Republican party's refusal to invest in America's collapsing infrastructure is a recipe for disaster.
By Jim Hightower | September 24, 2014

I love groups with the gumption to take on big tasks and do what needs to be done — can-do groups that can, and do.

But, uh-oh, here comes The Little Train That Couldn’t. I’m talking about Congress. 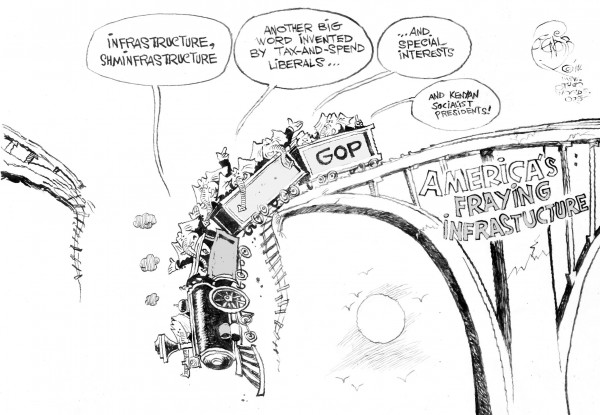 Destroying a Bridge to Somewhere, an OtherWords cartoon by Khalil Bendib

Since the earliest days of our US of A, the most basic task of this legislative body has been to keep our national house in good repair. That requires tending to roads, bridges, rail systems, airports, school buildings, parks, internet access, etc.

Yet, with a toxic mix of anti-government ideology and fiscal foolishness, Republican members of Congress have recently been blocking every serious proposal to reinvest in America’s collapsing infrastructure.

The result is an inexcusable drop in maintenance, even as our population has expanded dramatically and the wear and tear on all parts of the infrastructure has created disasters-waiting-to-happen. As one lawmaker says of our increasingly-ramshackle house, “I’ve been here seven and a half years. We have not solved one single problem. It’s just so frustrating.”

That was no tax-and-spend liberal Democrat talking — it was a penny-pinching Republican, Bob Corker of Tennessee. Indeed, it wasn’t that long ago that most Republicans understood and funded infrastructure — from Abe Lincoln to Teddy Roosevelt to Dwight Eisenhower, and even Ronald Reagan, who called such common sense maintenance “an investment in tomorrow that we must make today.”

Gail Collins, the superbly sensible New York Times columnist, recently noted that, “In a perfect world, Congress would figure out a serious, long-term plan to fix bridges, (etc.).” Yes, but I would amend her observation with this: It shouldn’t take “a perfect world” — even a Congress in a halfway-mediocre world ought to be able to do that job.

Actually, thanks to GOP obstinacy, Congress isn’t the Little Train That Couldn’t. It’s the choo-choo that could, but won’t.