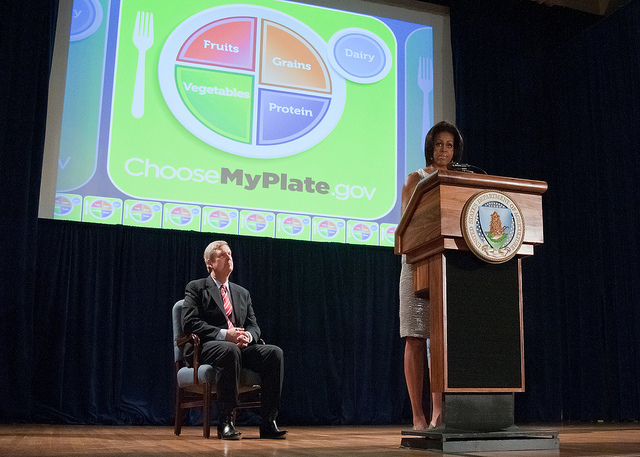 The Lobbyists at Your Dinner Party

Every purveyor of food and drink wants the government to advise Americans to consume more of what they produce.
By Jill Richardson | February 25, 2015

Until “MyPlate” replaced it a few years ago, the U.S. government’s official dietary advice for Americans fit neatly into that triangle.

The government recently moved toward updating those standards again. And the result isn’t nearly as digestible. In classic bureaucratic form, the Department of Health and Human Services cooked up a 571-page draft report for Americans to comment on.

The actual updated dietary guidelines will come later. Here’s what we know about the draft so far: The meat and soda industries hate it.

Unfortunately for all of us, the government’s dietary advice is subject to pressure from lobbying. As you might guess, every purveyor of food and drink wants the feds to advise Americans to consume more of what they produce — or at least not less of it. 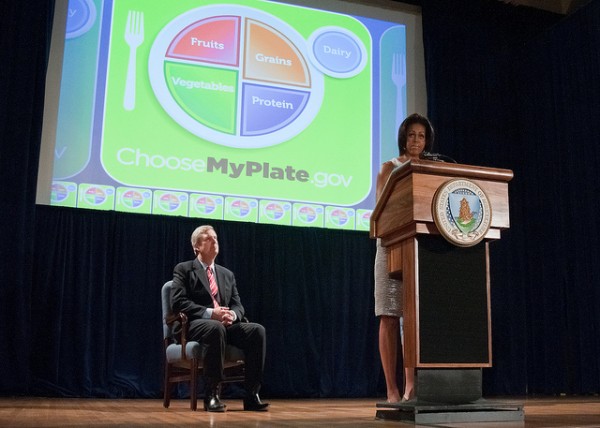 For example, the 2000 guidelines told us which foods we ought to eat more of — vegetables, fruits, whole grains — while carefully sidestepping the question of what specifically we should cut back on.

Regulators did advise us to moderate our intake of salt, fat, and sugar, for instance. But far be it from them to tell us how to avoid those things. It might upset soda and potato chip manufacturers if their customers were told outright to cut down on that junk.

That’s what makes the common sense 2015 report such a bold move. “A healthy dietary pattern,” the draft says flat out, is “lower in red and processed meat” and “low in sugar-sweetened foods and drinks and refined grains.”

For the first time, the report recommends limiting added sugars to no more than 10 percent of one’s calories each day. That’s been a request of nutrition advocates for decades — for so long that even comedian John Oliver weighed in — but federal authorities have resisted taking the step until now.

There are other notable changes.

Eating cholesterol is no longer the no-no it once was. Turns out there’s no proven connection between eating cholesterol and clogging up your blood vessels. In other words, it’s OK to eat eggs.

And, instead of switching from sugary sodas to diet ones, the report recommends ditching sodas altogether. Instead, we should drink water.

Or, believe it or not, coffee. Drinking three to five cups of coffee a day can cut the risk of heart disease and diabetes.

The one catch there is that they mean actual coffee. Not Frappuccinos. Not caramel-drizzled, whipped cream-topped, caffeinated milkshakes masquerading as “coffee.” After all, we’re supposed to eat less sugar.

With this draft report, the government is taking many overdue steps toward moving its official dietary recommendations closer to the latest sound science. As long as it withstands the predictable bullying from the meat and soda industries, that’s a healthy improvement.