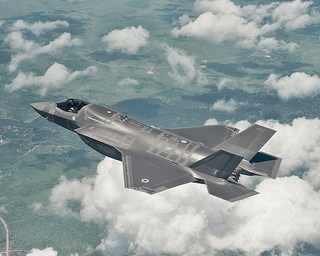 The Military-Industrial Threat to the Nation’s Well-Being

It's time for some serious spring cleaning at the Pentagon.
By Emily Schwartz Greco, William A. Collins | March 20, 2013

These days, the news cycle rotates between the deficit, bouts of extreme weather, horrific crimes, taxation, immigration, gun control (or the lack thereof), and a few other regularly reported crises. Lost in this shuffle is any heated discussion of the biggest threat to America’s well-being: the military-industrial complex.

A generation into the nation’s lonely status as the world’s sole superpower, and a decade after the start of the tragic and pointless Iraq War, the Pentagon continues to be several times the size we need for security’s sake. But there seems little we can do about the more than $500 billion a year our government spends on “defense.”

If you want to know why that sum rivals the military spending of the entire rest of the world combined, you could ponder the way arms producers currently invest big bucks in legions of lobbyists who patrol the halls of Congress.

Or consider the way military contractors have artfully placed factories in every congressional district to generate overwhelming grassroots political support. This is a smart move because lawmakers fear challenging even the most futile weapons when it constitutes political suicide.

There’s no national security threat that warrants spending these vast sums. Even if we decide that we must keep on ruling the world, we can figure out a way to do it for much less.

After all, how many jumbo or “super” aircraft carriers does it take to hold the globe at bay when no one else bothers with them anymore? How many of the latest generation of drones are required to patrol empty skies? How many nuclear warheads are enough when no one dares use any? We have about 5,000.

Maintaining these stockpiles wastes money at a time when our safety net is being threatened with major cuts. We could readily steer this surplus spending into higher priorities like education or our crumbling infrastructure, but we don’t.

How often do you hear of our 800 overseas military bases or the impact of our troops stationed in 150 foreign lands? And why is it so hard for Democrats and Republicans alike to accept the need to reduce the scale and scope of the bases we have stateside, which were built to accommodate far more troops than now belong to our armed forces?

There’s no better symbol of what’s wrong with U.S. military priorities than the F-35 Joint Strike Fighter, an astronomic turkey that has cost taxpayers $400 billion so far. Equipped with that boatload of cash, Lockheed Martin has produced 99 prototypes of the nuclear-capable weapon, none of which have been deemed fit to confront common aviation challenges such as rain, lightning, and the dark.

There are countless better ways to spend those tax dollars. Consider this: One billion dollars spent on the Pentagon covers about 11,000 workers. If that money were funneled into education instead, it would generate more than 26,000 jobs.

This cherry blossom season, Uncle Sam should roll up his sleeves and do some serious spring cleaning at the Pentagon.