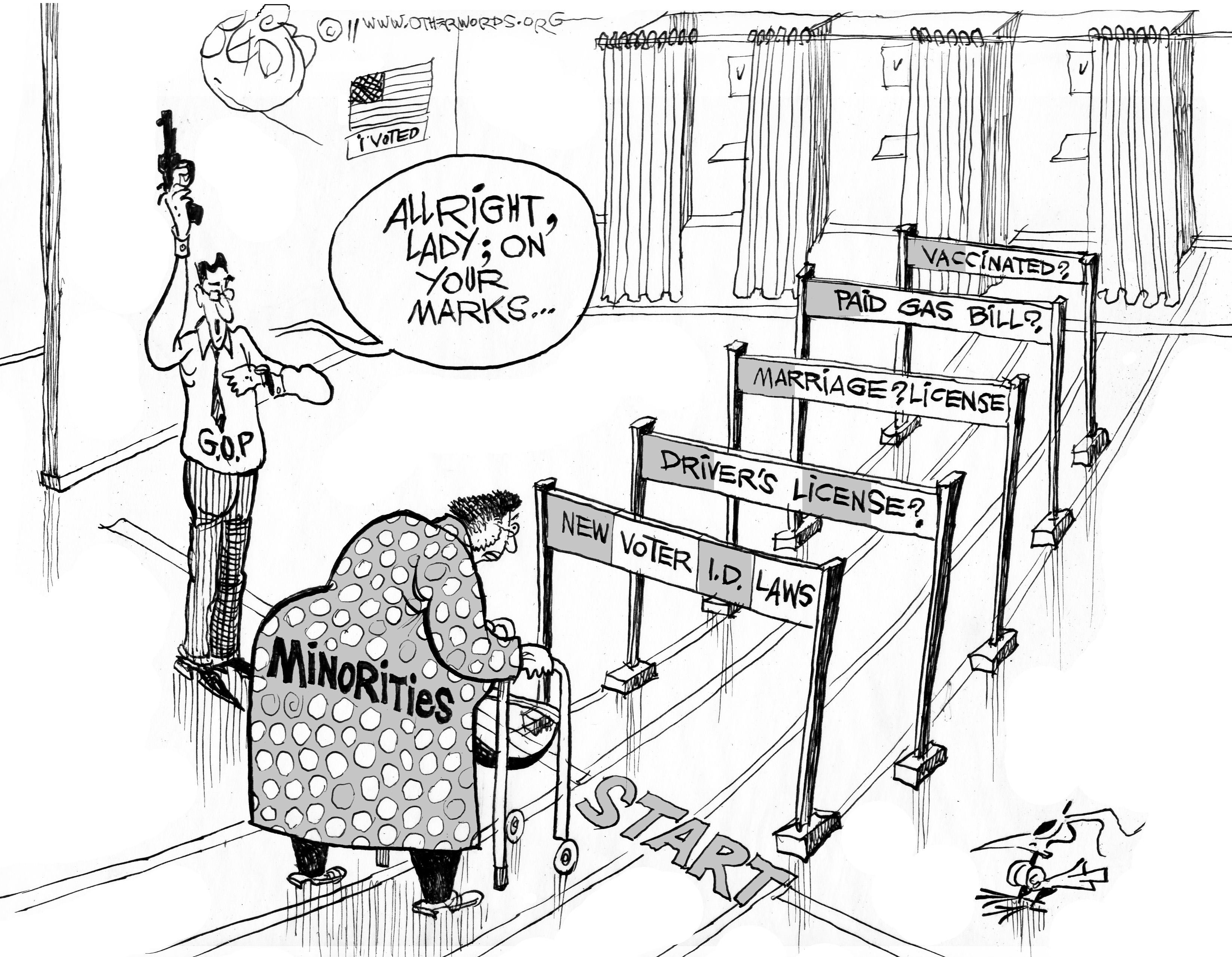 The Modern Movement for Civil Rights

Congress must act to correct the Supreme Court's many wrongs.
By Julian Bond | June 26, 2013

The racial picture in America has improved remarkably in my lifetime, so much so that a black man has been elected and re-elected President of the United States — an unthinkable development just a few years ago.

But paradoxically, Barack Obama’s victory in 2008 convinced many that all racial barriers and restrictions had been vanquished and we had entered racial nirvana across the land.

This was just one of the many unfair burdens placed on Obama’s presidency. We knew that his victory didn’t herald a post-civil rights America or mean that race had been vanquished. It couldn’t eliminate structural inequity or racist attitudes. 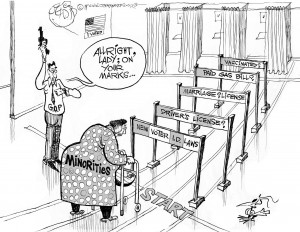 The truth is that Jim Crow may be dead, but racism is alive and well. That’s the central fact of life for every non-white American, including the President of the United States. It eclipses income, position, and education. Race trumps them all.

Our first order of business now needs to be demanding that Congress reformulate the pre-clearance requirement of the Voting Rights Act, which the Supreme Court has just invalidated.

Like the Court’s affirmative action ruling the day before, the voting rights decision could have been worse.

But we can’t live with “it could have been worse,” especially when it comes to voting. We must insist on “it has to be the best.”

This ruling was devious and perverse.

It was devious because the Court’s majority used Section 4 of the Voting Rights Act to effectively end Section 5, essentially voiding the federal government’s ability to guarantee minority access to the polls. At the same time, the ruling sidestepped the court’s historic deference to Congress and blamed lawmakers for not updating the formula.

It was perverse because these justices cited the fact that large numbers of blacks voted in 2012 as a reason to take away the law that allowed them to vote.

Today, we have much more to work with and we take heart that so much has changed. The changes that have come have everything to do with the work of the modern movement for civil rights.

There needs to be a constantly growing and always reviving activist movement across America if we are going to maintain and expand victories and our vision for the country.

We must not forget that Martin Luther King, Jr. stood before and with thousands — the people who made the mighty movement what it was.

From Jamestown’s slave pens to Montgomery’s boycotted buses, these ordinary men and women labored in obscurity. From Montgomery forward they provided the foot soldiers of the freedom army. They shared, with King, “an abiding faith in America.”

They walked in dignity, rather than ride in shame. They faced bombs in Birmingham and mobs in Mississippi. They sat down at lunch counters so others could stand up. They marched and they organized.

King didn’t march from Selma to Montgomery by himself. He didn’t speak to an empty field at the March on Washington.

There were thousands marching with him, and before him, and thousands more who did the dirty work that preceded the triumphal march.

The successful strategies of the modern movement for civil rights were litigation, organization, mobilization, and coalition, all aimed at creating a national constituency for civil rights. Sometimes the simplest of deeds — sitting at a lunch counter, going to a new school, applying for a marriage license, casting a vote — can challenge the way we think and act.

Racial justice, economic equality, and world peace — these were the themes that occupied King’s life. They ought to occupy ours today.

We have a long and honorable tradition of social justice in this country. It still sends forth the message that when we act together we can overcome.

A first order of business might be gathering in Washington on August 24 to commemorate the 1963 March on Washington and to demand that Congress act to correct the Supreme Court’s many wrongs.

Julian Bond was Chairman of the NAACP Board of Directors from February 1998 until February 2010 and is now Chairman Emeritus. He is a Distinguished Scholar in the School of Government at American University in Washington, DC, and a Professor Emeritus in History at the University of Virginia.
Distributed via OtherWords. OtherWords.org