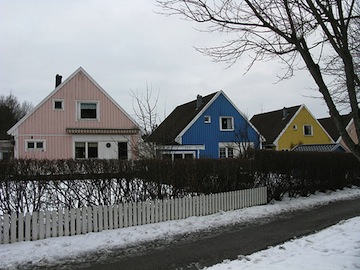 The New Face of Poverty in America

The suburbs have become the fastest-growing home of American poverty.
By Jim Hightower | May 29, 2013

Fifty years after poverty in America briefly became a front-burner issue on our nation’s political agenda, it’s time to move it off the back burner again.

Even as those at the top of our society have grown fabulously richer, those in the economic middle have seen their incomes stagnate and fall, opportunities decline, and poverty become — not about someone else — but about them.

Half a century after Washington declared its war on poverty, our cold reality is bleak. We’ve got nearly 50 million poor people and 51 million more who are “near poor.” Statistics vary, but between one in five and one in four American children now lives in poverty — the most grim reality for kids in any rich country.

And there’s no sign that the growth of poverty will reverse.

The face of American poverty, however, has changed somewhat. In the sixties, the poor had largely been born into it and were out of most people’s sight, tucked away in backwater rural counties and isolated urban ghettos. This kind of poverty persists, but today’s big jump in numbers comes from families that have been knocked down from a middle-class life. These folks are dismayed to find themselves among the long-term unemployed, grabbing at temporary low-paying jobs, and buying meager groceries with food stamps.

These are the new poor, but they also constitute a new demographic phenomenon: the suburban poor.

Once the secure base of the middle-class, suburbs have become the fastest-growing home of American poverty. Since 2000, the number of suburban poor has surged by 64 percent, twice the rate of urban poverty growth. By 2011, America’s suburbs held 16.4 million poor Americans. That’s 3 million more poor people than reside in our core cities.