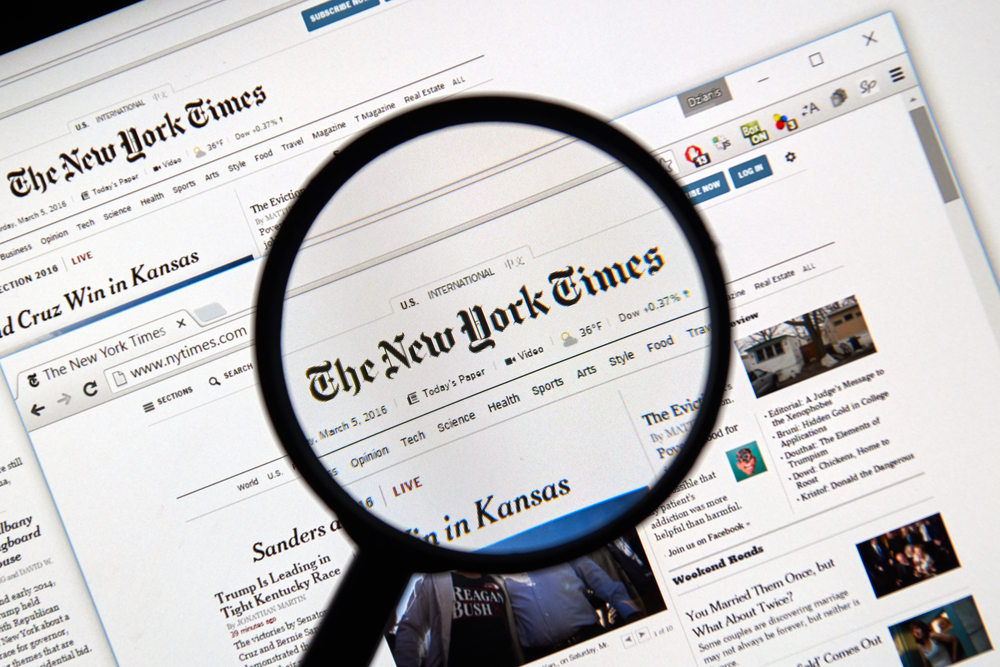 The New York Times Is Still Getting the Bernie Movement Wrong

America's paper of record said a Bernie Sanders-inspired grassroots group was "failing" — just one day before its candidates rocked the Democratic establishment.
By Jim Hightower | July 11, 2018

Before major news organizations pronounce someone dead, they ought to check the person’s pulse.

Take, for example, a recent New York Times screed prematurely pronouncing the Our Revolution political organization — launched only two years ago by veterans of the Bernie Sanders presidential campaign — a moribund failure. “The group has repeatedly picked fights with the Democratic establishment in primary elections, losing nearly every time,” the paper barked.

But, lo and behold, the very next day, Our Revolution’s endorsed candidate for governor in the Maryland primary, Ben Jealous, handily defeated the party establishment’s favorite. And in New York, a 28-year-old Our Revolution activist, Alexandria Ocasio-Cortez, shocked the national party’s corporate hierarchy with her resounding grassroots victory over Rep. Joe Crowley, the fourth highest ranking Democrat in the U.S. House.

These big scores followed the group’s earlier outsider victories over moneyed insiders in the Georgia and Texas gubernatorial primaries.

In fact, the insurgent group, which the Times ridiculed as “failing,” has been winning dozens of upset victories in down-ballot primary elections from coast to coast, electing 45 percent of its candidates. That’s a huge number is grassroots politics.

Just as significant, these Sanders-inspired progressive rebels have now defined the Democratic Party’s agenda. They’ve enlivened both its supporters and many of its previously lethargic office holders by backing such populist (and popular) proposals as Medicare For All and debt-free higher education.

Apparently, it’s hard to see America’s grassroots reality through the dusty and distant office windows of the New York Times. So before the editors and writers do another hit piece on the people and candidates of Our Revolution, maybe they could come out of their journalistic cubicles.

Jim Hightower, an OtherWords columnist, is a radio commentator, writer, and public speaker. He’s also editor of the populist newsletter, The Hightower Lowdown, and a member of the Our Revolution Board. Distributed by OtherWords.org.