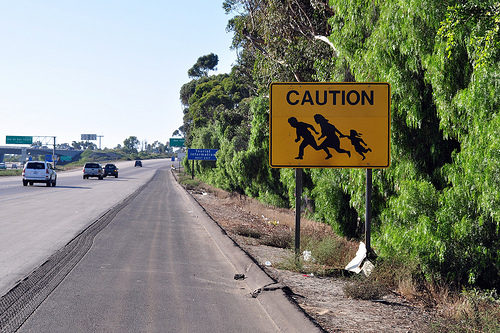 The Not-So-Good News about the Border Crisis

The Obama administration is making it harder for Central Americans to get refugee status.
By Emily Schwartz Greco | October 8, 2014

Did you notice that all that fuss over those Central American kids who were crossing the U.S. border alone suddenly died down?

As recently as June, more than 10,000 children fleeing unchecked gang violence in El Salvador, Honduras, and Guatemala made it here over the course of a month. Then, a major security crackdown in Mexico slowed the pace of their arrivals down to about 3,000 in August — the lowest rate since January and about the same as the pace of arrivals last year. It’s what passes for “normal” in this sad situation. 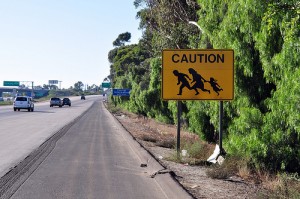 Customs and Border Protection chief Gil Kerlikowske calls this decrease “good news.” He’s only right if you believe that putting a problem out of sight and out of mind constitutes solving it.

There are many plausible reasons that may explain why fewer kids are now braving the risky trip through Mexico and across the Rio Grande on their own. The widespread realization that their misery would probably continue at dismal U.S. detention centers probably played a big role in ending the undocumented immigration spike that became known as the “border crisis.”

While the plight of these children dominated the headlines, an ugly xenophobic wave washed across the country, spreading rumors about how these kids would spread disease and endanger the communities where they were getting rudimentary shelter and services.

But meaningful questions surfaced too. Chief among them: How much did U.S. military intervention, deportation policy, and Drug War blunders contribute to making El Salvador, Guatemala, and Honduras unstable and dangerous places, especially for tweens and teens?

A lot, actually. This growing realization prompted calls for the kids to be treated as legal refugees.

So how is the Obama administration responding? By pretending to make it easier for some of them to get refugee status while actually making it harder.

As the White House recently announced, the government plans to give Salvadoran, Guatemalan, and Honduran children a chance to apply for refugee status without leaving their own countries. It will make this opportunity available to unmarried people under 21 with “certain qualifying lawfully present relatives in the United States.” Translation: kids whose parents are citizens or have green cards.

How many children are likely to benefit from this new approach? Chances are, very few.

A similar effort the Clinton administration tried in Haiti completely failed. It drew more than 15,000 applicants and resulted in just 136 people getting welcomed to the United States. Countless more Haitians were returned to persecution back home, according to immigration expert Bill Frelick.

Worse still, the White House is only reserving 4,000 slots for persecuted Latin Americans next year — which is actually 200 fewer slots than Cold War-minded immigration authorities granted to Cubans alone in 2013.

As a consolation prize, people from Guatemala, Honduras, and El Salvador will be able to compete with Cubans, Eastern Europeans, and Iraqis for another 2,000 slots reserved for refugees from an array of high-priority countries.

Given the massive proportions of the refugee crisis in Iraq and Syria — now exacerbated by Islamic State extremists and a new U.S. military intervention — and the Ukrainian-Russian conflict, those remaining spots will be extremely difficult for Central American children to claim.

Since World War II, U.S. presidents have responded to urgent circumstances by letting large groups of immigrants from some countries find shelter in the United States. Those actions gave rise to thriving communities of Vietnamese and Eastern European immigrants, among others. And they made this nation more diverse and interesting.

While it’s true that the United States can’t welcome every refugee in the world, the instability and insecurity flaring in El Salvador, Guatemala, and Honduras follows more than a century of U.S. meddling in those countries. It’s time to adopt a more humane foreign policy toward Central America and start accommodating more of the people fleeing the mess our country helped create.