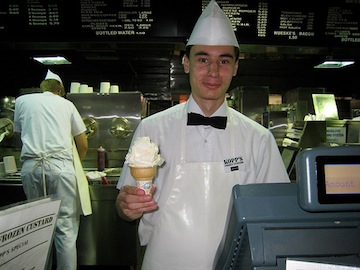 The Parched Truth about American Jobs

The recent good news about job creation obscures the bad news facing the nation's middle class.
By Jim Hightower | May 15, 2013

At last, some excellent economic news for folks long-mired in the stagnant labor market.

“Jobs Spring Back,” exclaimed a typical headline on recent reports that 165,000 private-sector jobs were added in April. Wow — the thunderous, three-year boom of prosperity that has rained riches on Wall Street is finally beginning to shower on our streets, right?

Well, as dry-land farmers can tell you: Thunder ain’t rain. Read beneath the joyful headlines and you’ll see the parched truth.

For example, more than a third of working-age Americans are either out of work or have given up on finding a job. Also, last month’s hiring increase was almost entirely for receptionists, waiters, temp workers, car-rental agents, and other low-wage positions. Plus, manufacturing, generally the source of good, middle-class jobs, didn’t add workers in April, when the unemployment rate inched back to 7.5 percent.

Especially problematic was the continued rise in underemployment — people wanting full-time work, but having to take part-time and temporary jobs. Underemployment is also pounding college graduates. While they’ve been more successful than non-grads at landing jobs, they’re not getting jobs that fit their career goals or even require the degrees they spent money and time to obtain.

Indeed, many of those rental agents and restaurant employees you encounter hold four-year degrees, forcing everyone else to scramble for the few, even lower-paid jobs farther down the skill ladder. Meanwhile, the next graduating class is about to flood into the labor market with nowhere to go.

America’s middle class is in a crisis, while our pathetic political leaders pretend Wall Street’s prosperity covers us all — and the corporate media puts little happy-face stickers over the dark reality faced by the workaday majority.