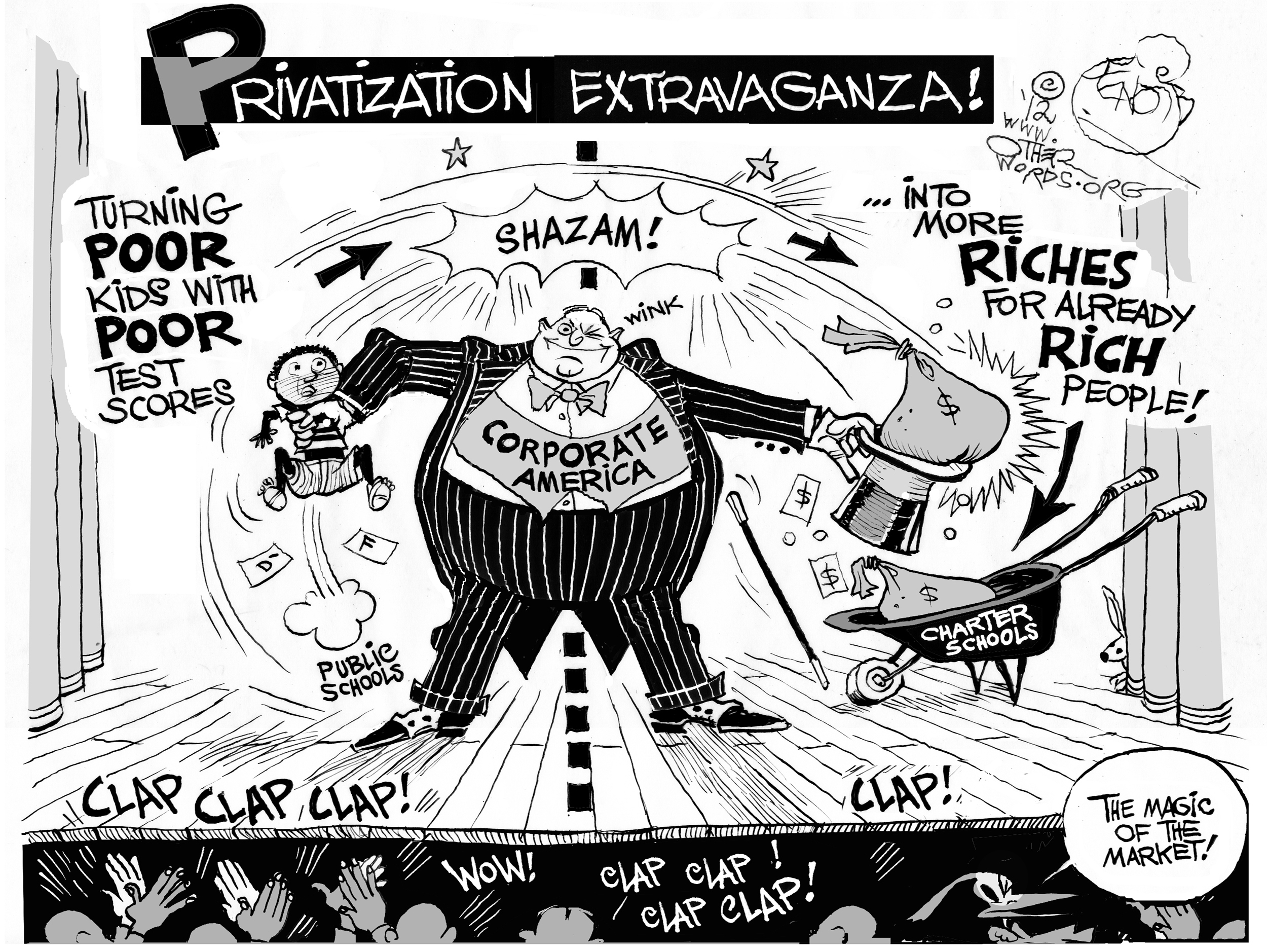 As the latest round of data culled from tests taken by schoolchildren around the world showed yet again, kids in Finland, South Korea, and other countries are outscoring our kids. Overall, we’re ranked No. 17.

Our schoolchildren perform worse overall than they should because of one simple reason: economic inequality. Our rich country has too many poor kids whose educations suffer from their poor health and poor diet. Those disadvantaged students who lack access to strong early childhood education programs like Head Start are already behind when they get to kindergarten.

This isn’t rocket science but it’s tough to cure. Families in this fix need reliable health care, adequate nutrition, access to free or inexpensive preschools, decent housing, and small-sized classes for their kids. All those things cost big money and tight belts are in style these days.

Not to worry. Americans are nothing if not shrewd, especially our business leaders. They’re big boosters of the latest educational fad. Instead of doing something to end poverty or mitigate its impact on our kids, we’re supposed to just blame teachers for the academic shortcomings of poor children. 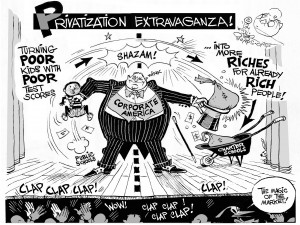 The Magic of Privatizing Public Schools, an OtherWords cartoon by Khalil Bendib

To make it easier to blame teachers for circumstances beyond their control, our public schools now subject kids to an endlessly expanding battery of tests. When a bunch of students who fare poorly all have the same teacher, her job is on the line.

Remember George W. Bush? While the Republican Party has struggled mightily to erase him from the American voter’s consciousness, his mark on education is hard to miss, thanks to the deep-reaching tentacles of his No Child Left Behind law.

Billed as a way to expand parental choice and administrative autonomy, charters also siphon money out of the public school system. Their explosive growth is a bit baffling, though.

Typically, charters get established on the basis of promises that they’re absolutely necessary because test scores are abysmally low. Then, once they’re up and running, their big-money boosters implore everyone to ignore any test scores that don’t improve, along with any increases in segregation, dropout rates, and teacher burnout.

The debate over charters and the plight of our public schools has moved from PTA meetings to corporate board rooms. It’s all the rage for Bill and Melinda Gates, Sam Walton’s heirs, and other like-minded billionaires.

But how could teachers be the cause of our kids’ overall mediocre academic achievement when rich American students are already among the world’s highest achievers? No real education emergency is hindering their academic vitality, including in states where teachers are free to organize real unions with teeth.

Kids at schools with affluent student bodies outscore schools serving impoverished children on those international tests, Valerie Strauss recently pointed out in her Answer Sheet blog on The Washington Post‘s website. “That is true on all standardized tests. And that continues to be the real story in U.S. education.”

Yes, millions of children with fewer advantages do need a better education than they’re getting. There are only three clear but hard solutions to that problem: more economic equality, ending the racial and class segregation of our increasingly diverse public school students, and creating more parity in the funding enjoyed by all school systems, regardless of the affluence of their student bodies.