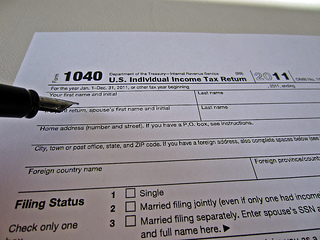 For weeks, we watched Representative Darrell Issa and the conservative media circus concoct a “scandal” surrounding the IRS’s handling of applications by tea party groups for tax-exempt status. The California Republican and his allies then sought to tie the Obama administration to the scandal.

Now it turns out that Obama had nothing to do with IRS scrutiny of tea partiers, and the scrutiny of their groups wasn’t all that sinister anyway. 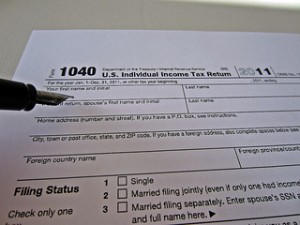 So, did the chairman of the House Oversight and Government Reform Committee and his friends blow it?

It depends on how you define their mission.

But if the real objective of Issa and his friends was to make the IRS look bad, their mission may prove a smashing success. There was lots of bad press. At one crucial moment, every major media outlet was focused on video footage of IRS employees learning the “cupid shuffle” on the taxpayers’ dime, in connection with a “lavish” conference in Anaheim, California.

Recently, a House appropriations subcommittee approved legislation that would cut IRS funding by 24 percent. What is the justification proffered for the drastic cuts? Inappropriate scrutiny of conservative groups and lavish spending on the Anaheim conference.

This particular measure stands little chance of passing. But consider the fallout recent press coverage of the IRS could have on related votes. Those scenes of IRS employees learning dance moves on the taxpayers’ dime had nothing to do with the Obama administration. Yet could they have an effect on the votes of House members and Senators on IRS funding?

Remember that voters don’t have warm fuzzy feelings about the tax man to begin with. Now, imagine the ads that would run against an incumbent who voted for a measure to increase IRS funding or against a measure to decrease the agency’s funding: a spot juxtaposing a clip of those IRS dance lessons and the message that Senator X or Representative Y voted to spend your tax dollars that way.

So, will a representative or senator who faces a tough race — and whose top priority in life is getting re-elected — vote to fund the IRS? Don’t bet on it.

Cuts to IRS funding aren’t going to help balance the budget. When IRS funding decreases, so does federal revenue for one simple reason: Those cuts choke IRS enforcement efforts.

The numbers are stunning. In its report, The Wrongheaded Quest to Shrink the IRS, Citizens for Tax Justice confirms the obvious: Cutting the IRS’s budget would cost several times more than it would save, thereby making the deficit even bigger.

According to Citizens For Tax Justice, every dollar the IRS spends on activities like audits, liens, and levies translates into $10 in revenue. And that actually pales in comparison to the $200 the IRS receives for every dollar of investment in upgrading its enforcement, modernization, and management systems.

Could it be that the real purpose behind Issa’s investigation was to gut further IRS enforcement activities?

Consider who benefits most from lack of enforcement by the IRS. Certainly not wage earners, whose main federal tax obligation, employment tax, comes straight out of their paychecks. But corporations and wealthy individuals have everything to gain from failed IRS enforcement efforts. After all, the ideal tax shelter transactions aren’t the most cleverly structured ones. They’re the ones that escape IRS scrutiny.

Now, thanks to the efforts of Darrell Issa and his pals, aggressive tax-structuring stands to receive less IRS scrutiny than ever. That could shake loose a lot of campaign contributions, or perhaps reciprocate for contributions already made.

And that’s the real scandal behind the IRS non-scandal.