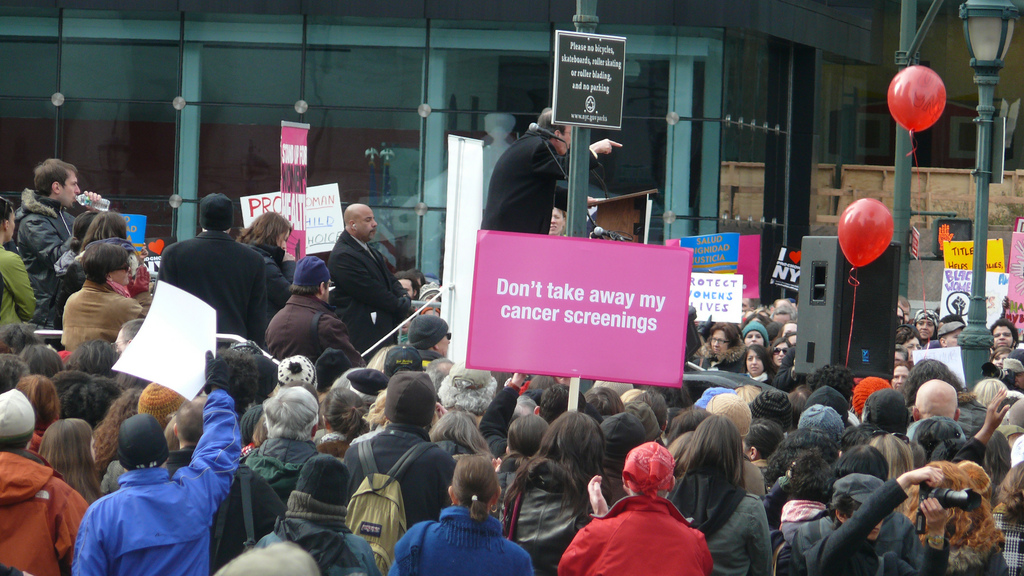 The Real Target of the Planned Parenthood Attacks

The leading GOP candidates have aligned themselves with a platform based on endangering women’s health care access.
By Kathleen Turner | September 23, 2015

In the first two Republican presidential debates, the candidates slugged it out over who hated Planned Parenthood the most.

Virtually every hopeful promised to defund the organization. Some of them, including Senator Ted Cruz, are vowing to force the issue — even if it means shutting down the federal government.

The impetus for these latest attacks was a series of heavily edited, misleading videos released by a front group calling itself the Center for Medical Progress. Though the videos purported to show Planned Parenthood employees engaging in a range of inappropriate behaviors, every impartial investigation since then has cleared the group of any wrongdoing. 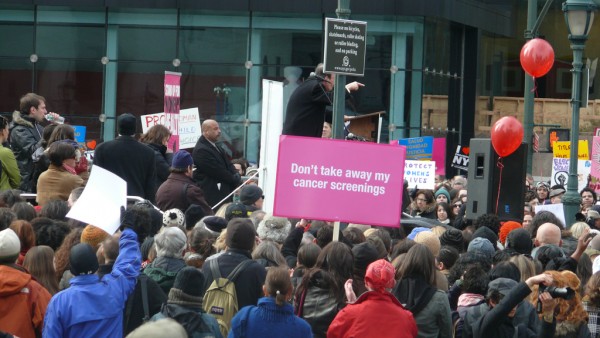 Yet right-wing lawmakers across the country are using the doctored videos as a bludgeon against an organization that’s done so much for so many years to ensure affordable access to health care for women. Beyond providing access to abortion care that many women would otherwise lack, Planned Parenthood provides many critical health services — often in the low-income communities that need them most.

It’s women in these places who will suffer the worst from the far right’s no-holds-barred push to defund Planned Parenthood.

Other communities across the country rely on Planned Parenthood’s services — from STD testing to cancer screenings to contraception access — but far-right politicians continue to ignore this fact.

Sadly, every leading Republican candidate for president supports a platform based on endangering access to health care for women.

Over the summer, Jeb Bush went so far as to say he’s “not sure we need half a billion dollars for women’s health issues.” And as early as July, Cruz raised the battle cry for Congress to do everything it could to defund Planned Parenthood — even if that meant holding up other critical government spending and shutting the government down.

That’s right: Cruz and his allies have taken the ludicrous stance that slashing funding for women’s health is more important than, for example, ensuring that low-income pregnant women receive their much-needed nutritional benefits on time, providing loans to small businesses and homeowners in rural areas, or enabling public servants in the Department of Veterans Affairs to reduce their backlog of claims.

This is all part of a broader strategy of shutting down all access to legal abortion in the United States. By closing clinics through defunding Planned Parenthood and passing burdensome, unnecessary regulations that clinics are unable to comply with, conservative extremists have effectively eliminated the reproductive rights of millions of women — especially low-income women in rural areas.

As a side effect, women across the country are finding it more difficult to access a wide range of affordable health care services like birth control and cervical cancer testing. But that apparently doesn’t bother anti-choice lawmakers. They’ll happily attack a woman’s right to choose, even if it means taking her right to health care with it.

Kathleen Turner is an award-winning actress and an advocate for women’s right to choose. She serves on the board of the People For the American Way Foundation. Distributed by OtherWords.org.