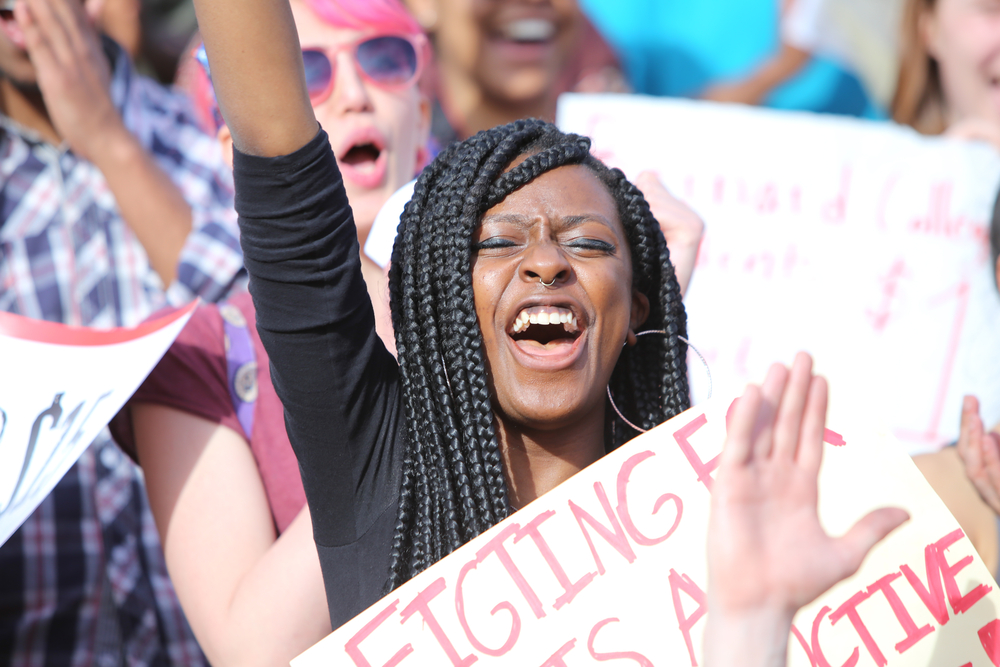 The Real Threats to Free Speech on Campus

Conservatives complain when student protest hate speech, while progressive professors are the ones losing their jobs for speaking out.
By Gloria Oladipo | April 30, 2019

The school year may be winding to a close, but the tired argument about “attacks on free speech” on college campuses is alive as ever.

According to Donald Trump, liberal universities like Berkeley are allowing conservative students to be “assaulted” for sharing their beliefs on campus. To combat such violations, Trump signed an executive order requiring colleges to “protect free speech” or risk losing federal education funding.

I’m delighted to alert Trump and all those with similar concerns that free speech on campus, on both sides of the political aisle, is doing just fine — to a point.

To date, no campus has banned any form of Trump paraphernalia, nor has any college persecuted a student for wearing pro-Trump symbols. College campuses routinely host conservative speakers: Cornell hosted Dick Cheney, while the University of Baltimore had Betsy DeVos speak at their commencement ceremony, among other examples.

Additionally, conservative news outlets such as Breitbart and the National Review regularly publish articles demonizing universities they say aren’t doing enough to protect their version of “free speech,” which appears to mean shielding campus conservatives from any kind of criticism or protest.

When the president and other conservatives talk about the precarious state of free speech, they’re often referring to efforts to stop hateful speech on campuses.

They’re angry that Milo Yiannopoulos wasn’t allowed to speak at Berkeley when he was planning to out undocumented students, putting them at risk of deportation. They’re angry that a student organization from Cornell University canceled conservative speaker Jannique Stewart because of her blatant homophobia.

College campuses have always been willing to host dialogue, even when it’s difficult. However, the president’s and other conservatives’ demand that outside speakers be permitted to freely antagonize the most marginalized students on their own college campuses shows a complete disregard for the safety and humanity of students.

So is free speech in jeopardy? Yes, but not in the way that conservatives traditionally conceive it.

Contrary to the usual story, many leftists within universities are persecuted for their beliefs. Lisa Durden, a black professor formerly at Essex Community College, was fired after defending a black-only Black Lives Matter event on Fox News. Jim Stump, a former professor at Bethel College, was fired for defending evolution compared to the university’s predominantly creationist beliefs.

Trump’s executive order itself — and the outside intimidation that conservative publications exert on students — represents an actual attack free speech. Student groups, often made up of people of color and other marginalized demographics, are constantly demonized for organizing to stop hate in their communities. While conservative students speak freely, those in opposition to homophobes and racists are silenced.

Free speech, including hateful speech, has consequences — including freely spoken responses of anger and protest from others. Students shouldn’t be expected to be idle in response to hate speech.

Instead of shaming and censoring progressive students, more should be done to protect those who protest, fighting against hate and for their own humanity.

Gloria Oladipo is a Black woman sophomore at Cornell University and a permanent resident of Chicago. She can be found writing and fighting @gaoladipo on Twitter. Distributed by OtherWords.org.