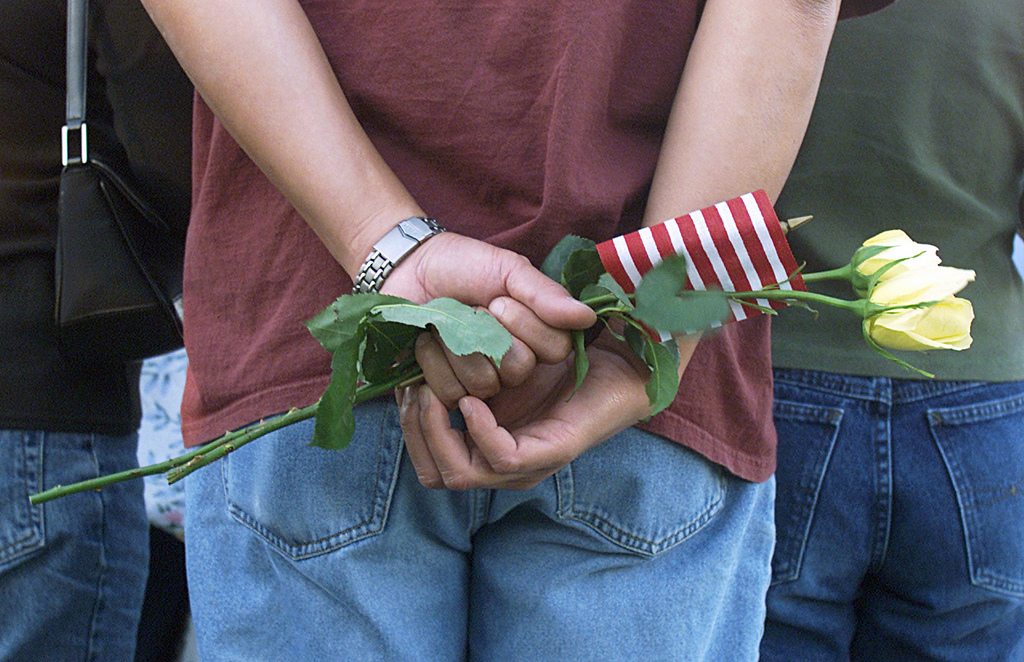 The San Bernardino Massacre Isn’t Part of a ‘World War’

In most mass shootings, politicians shrug that "stuff happens" — unless the shooters are Muslims.
By Mitchell Zimmerman | December 16, 2015

Why should a “Muslim” shooting outrage us so much more than other mass shootings?

“Our nation is under siege,” Chris Christie declared after the San Bernardino murders. “We’re facing the next world war.” Other candidates issued their own battle cries. Donald Trump railed against Muslims. Gun sales surged.

These murders were an act of senseless violence. But the California shootout wasn’t part of a war. Have our shores been invaded? Is there any risk that the Islamic State will take over our country?

The United States isn’t threatened because one Muslim couple murdered 14 people in San Bernardino. The attack was tragic, but no more outrageous than the brutal murders in Roseburg, Oregon, where a 26-year-old white man killed nine college students this fall, nor those in Charleston, South Carolina, where a 21-year-old white man murdered nine churchgoers this summer. 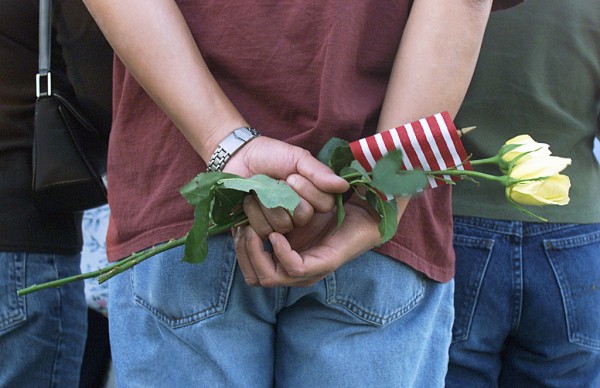 After the prayers and tears, these all fell into the category of “stuff happens,” as candidate Jeb Bush said after the Oregon shooting. The nation wasn’t said to be in crisis. No one suggested white men in their 20s were at war with America. And no one called on the Young Men’s Christian Association to condemn the killers.

When a young white man steps on a bus, we don’t get nervous and wonder whether he’ll pull out a gun and start shooting. Nor do we see mobs assailing young white men because “your kind killed a bunch of kindergarteners.”

Well, that kind of thing is now happening to Muslims. Once word spread that the perpetrators in San Bernardino were Muslim, the fear and hatred machine went into high gear. For many Americans, death-by-Muslim apparently has an alien and evil character that murder-by-white-Christian doesn’t.

Because bigoted politicians and pundits have been ginning up fear and hatred of Islam for years. In the wake of the crime, Muslims have faced death threats, assaults, and vandalism. Open hostility to one of the world’s major religions, with 1.5 billion adherents around the globe, seems to have become acceptable in America.

How much brainpower does it take to realize that America’s 2.75 million Muslims aren’t responsible for the actions of two lunatics with a sick and twisted vision of Islam in California?

In fact, the Muslim community has disavowed extremism and repeatedly thwarted murderous plots. More terrorism suspects and perpetrators have come to the attention of law enforcement through members of the Muslim-American community than were discovered by government investigations.

Though the drums of fear have been beating, we as individuals are facing no great threat. In all the years since September 11, 2001, domestic terrorism by Islamic jihadists has killed a total of 45 people. That averages about three per year — compared with 14,000 homicides in America annually. The total is fewer than the 48 people killed by right-wing terrorists here in the United States in the same period of time.

All murders are terrible. But one religion isn’t the problem, and demonizing Islam isn’t the answer. And in a land like ours, where most any deranged person can lawfully obtain high-powered weapons, no one can guarantee hate-filled individuals won’t kill again.

Indeed, you can be sure they will, because some people are psychotic, some are racists, some believe our elected government is freedom’s foe — and some believe God commands them to slaughter. And they can all buy guns.

Nonetheless, our way of life isn’t under siege. Life in America has gone on notwithstanding 14,000 murders each year. It can go on without abandoning religious tolerance, too.