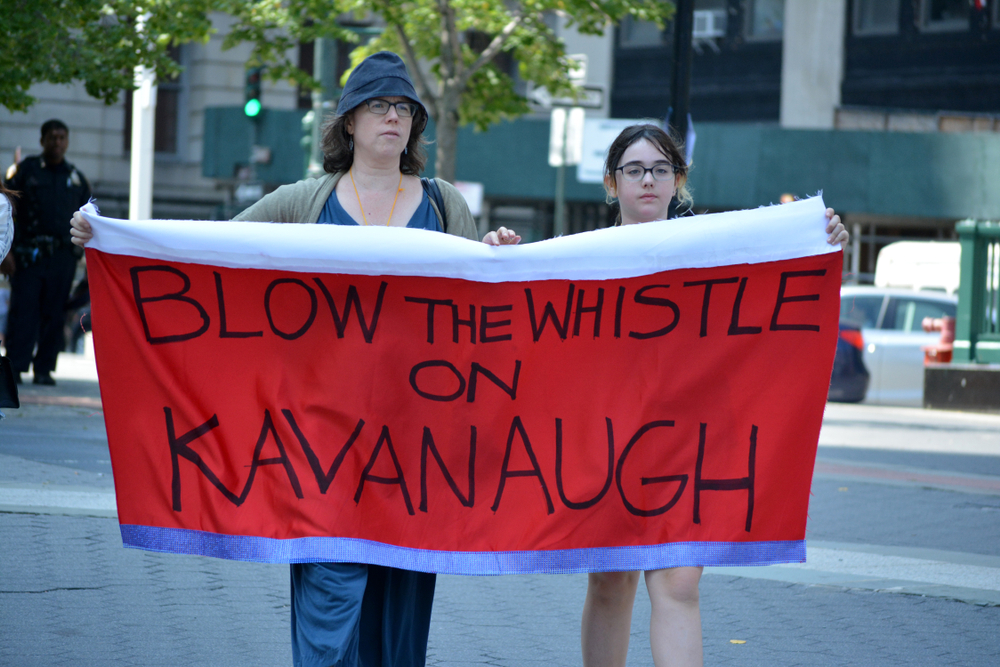 The Strength of Kavanaugh’s Accusers Is Truly Amazing

I know what it’s like to seek justice against all odds. The fact that women keep doing it speaks volumes.
By Aniqa Raihan | September 26, 2018

Christine Blasey Ford has shown remarkable bravery in speaking out about an attempted rape she experienced over 35 years ago.

But it’s hard not to fear what comes next. She will tell her story — one she no doubt remembers with painful clarity — but there will be no smoking gun, no undeniable forensic evidence, and in the end, Brett Kavanaugh may well be confirmed as the newest Justice on the Supreme Court.

Ford’s detractors will say she cannot be believed because she was drinking. They will say her memory is unreliable. They will ask why she waited so long to come forward, not realizing that questions like that are exactly why.

What they won’t ask is how she found the courage to come forward at all.

Twenty-seven years ago, Anita Hill testified in front of the same Senate Judiciary Committee (including some of the same members) that she had been sexually harassed by then-nominee Clarence Thomas. She was accused of “fantasy” and even “flat-out perjury.” It was suggested that she had fabricated her accusations based on scenes from The Exorcist.

The lives of Hill, her family, and her supporters were threatened, and Thomas was confirmed shortly afterward.

Then there was Juanita Broaddrick, Kathleen Willey, and Paula Jones, who all accused Bill Clinton of sexual assault. Then there was Erica Kinsman, whose rapist was awarded the most prestigious title in college football. Then there was Emily Doe, whose assailant Brock Turner spent only three months in jail despite being convicted for assaulting her while she was unconscious.

In between, there were countless women whose stories went unheard and whose demands for justice went unanswered.

Two years ago, I joined the ranks of public survivors by openly naming my rapist. It was the hardest decision I have ever made, and if I’m being honest, I don’t know that I would make it again. Being assaulted was painful, scary, and confusing, but at least I could choose to disclose only to those I knew would believe and support me.

Seeking justice was like opening the box on Schrödinger’s cat. I had always known it was likely that the system would fail me, but it wasn’t until I tried that I had to actually live through it.

In the end I, like so many women before me, was refused justice. A Trump-appointed judge dismissed my case with a wave of his gavel and the world kept spinning. It’s a strange feeling to watch this story play out again at the highest level of the same system that failed me.

Not only has Kavanaugh been repeatedly and credibly accused of sexual assault, the president who appointed him has freely admitted committing it himself. How will other survivors find the courage to come forward if justice isn’t served at the very top of our so-called justice system?

Still, somehow they do. What’s truly amazing here is the strength of Kavanaugh’s accusers.

From the moment she came forward, Ford has been attacked by right-wing politicians and pundits. Senator Orrin Hatch (R-UT), who was also present during Anita Hill’s testimony, has suggested that Ford is “confused” and “mixed up.” Even worse, Hatch has said that even if Blasey Ford’s allegations are true, attempted rape shouldn’t bar Kavanaugh from the Supreme Court.

Senate Majority Leader Mitch McConnell (R-KY) has called the allegations “unsubstantiated smears.” Even the president weighed in, calling the accusation a political attack.

Ford, meanwhile, has had to leave her home after death threats were leveled at her family.

Despite all this, Deborah Ramirez — another accuser — came forward. A third brave survivor is considering joining them. The true story here is that women find the strength to face their abusers even in the most unfair and unwelcoming of circumstances.

Aniqa Raihan is a writer, activist, and community organizer with a focus on violence against women. She led a movement against campus sexual assault at George Washington University. Distributed by OtherWords.org.