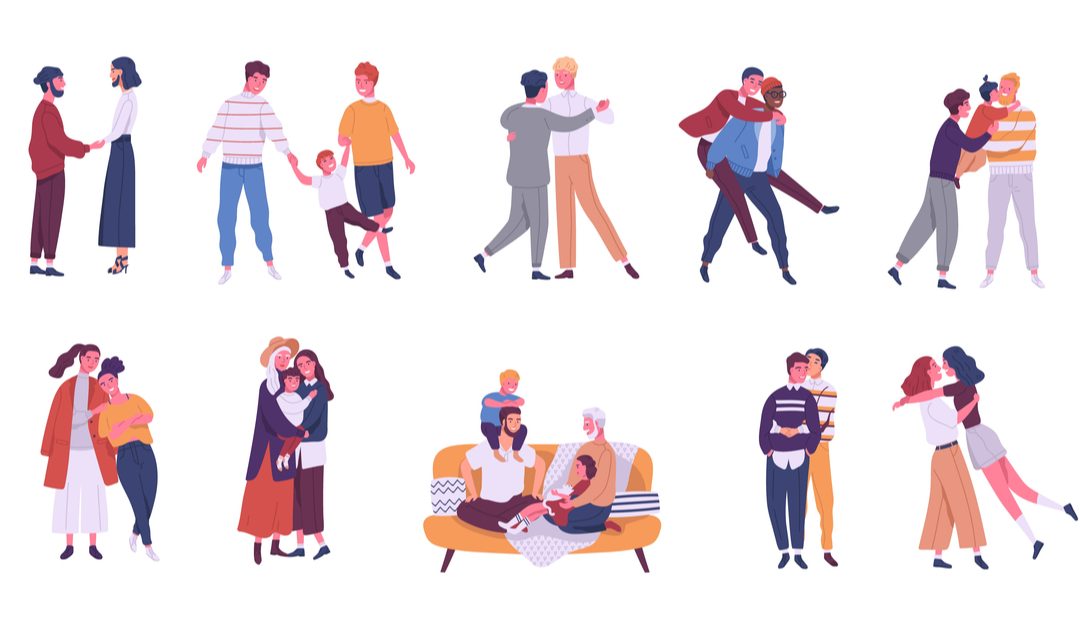 The Surprising History of Marriage in the U.S.

Right-wing judges want to delegitimize same-sex marriage, but these unions date back to the colonial era.
By Jill Richardson | October 7, 2020

Supreme Court Justices Clarence Thomas and Samuel Alito just issued a statement implying they may seek to overturn the ruling that legalized same-sex marriage. That’s a dire threat to civil liberties and families, especially after Trump’s nomination of a hardline social conservative to the court.

Most Americans know little about the history of marriage in this country — gay or straight. The truth is surprising. It reveals that the family has always been changing, and in the last century it has changed in the direction of more emotionally and sexually fulfilling relationships.

Laws punished “sodomy” throughout the colonial United States, but defined “sodomy” as any non-procreative sex by a man — including with a woman.

Interestingly, these laws rarely criminalized sex between people assigned female at birth. Two women in colonial Vermont, Charity Bryant and Sylvia Drake, lived together in what their families and community recognized as a marriage. One took the “man’s” role in the relationship and was seen as a “female husband.”

In 1776, straight marriage was not what it is today either. Love was seen as a foolish reason for marriage. A marriage was an economic arrangement between two families.

White society was a true patriarchy, in which a man headed each household and a woman was legally represented by her father as a child and by her husband as an adult. Husbands could legally rape their wives. Divorce was rare, and states usually only allowed it in cases of adultery or desertion.

Enslaved people had no legal right to marry and family members were routinely separated.

Although some sex acts were seen as deviant or criminalized, nobody had a sexual “identity.” In It wasn’t until the late 1800s — when psychologists wrongly classified homosexuality and bisexuality as mental illnesses — that people in this country saw being gay, bisexual, or straight as part of one’s identity.

Homophobia became much more virulent during the mid-20th century. Prior to 1946, English translations of the Christian Bible banned molesting children. Then those passages were re-translated as banning homosexuality.

During this period, undercover cops would pose as gay people looking for sex and arrest anyone who solicited them. Then they would ask for names and threaten to prosecute those who didn’t act as informers.

In the paranoia of the Cold War, being gay was seen as a security risk, because the Russians could use it to blackmail closeted queer people. (I still can’t follow their logic on that.) Outed individuals could often lose their careers.

In 1973, the American Psychiatric Association stopped classifying homosexuality as a mental illness. In 2003, the Supreme Court ruled sodomy laws unconstitutional. The same year, Massachusetts legalized same sex marriage. Don’t Ask Don’t Tell was voted down in 2011. The Defense of Marriage Act was found unconstitutional in 2013 and state-level bans on same-sex marriage were struck down in 2015, in the ruling Alito and Thomas now want to revisit.

We tend to look back on the family of the 1950s as how the family was in the “good old days.” In fact, it was an unusual time for the American family. The median age of marriage and divorce rate were low and fertility was high. It was the peak of the breadwinner/homemaker family in which the man worked and the woman stayed home. That’s an exception in American history, not the rule.

Persecution of queer people was perhaps the worst in the 20th century. Since then, gender equality has advanced, and marriages have shifted in the direction of emotional and sexual fulfillment for all.

Legalizing same-sex marriage in the U.S. in 2015 simply continued a longstanding trend in this country of moving further in the direction of liberty, equality, and the pursuit of happiness. We should resist any attempt to go back.