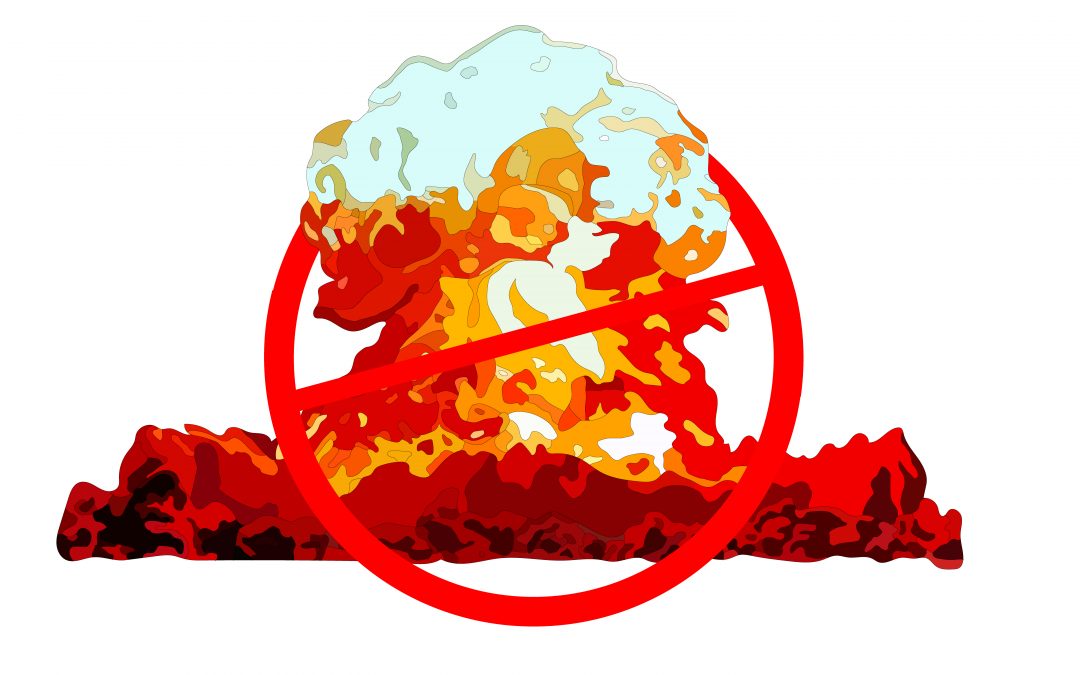 The U.S. Should Never Start A Nuclear War

Seventy-four years after Hiroshima and Nagasaki, a No First Use pledge would make our country — and the world — much safer.
By Olivia Alperstein | August 2, 2019

Seventy-four years ago this August, the U.S. dropped nuclear bombs on Hiroshima and Nagasaki. It was one of the most horrific acts of warfare in history.

This month, we remember the 200,000 or more civilian men, women, and children who died, and the many thousands more who suffered radiation poisoning, infections, severe burns, deadly cancers, and birth defects. We remember so we can prevent that atrocity from happening again.

Alongside climate change, nuclear weapons pose one of the gravest risks to human survival. That’s why I was delighted to see a historic moment at the recent Democratic debate: presidential candidates actually talking about establishing a No First Use policy on nuclear weapons.

Simply put, No First Use refers to an explicit policy of refusing to initiate a nuclear conflict. It means we won’t use nuclear weapons unless attacked first.

When asked, most Americans think the United States already has that policy. The vast majority of us, with the exception of people like National Security Adviser John Bolton, don’t want our country to start a nuclear war.

That opens the door to a possible preemptive nuclear strike — either by us, or against us. Right now, at any moment, any sitting U.S. president can unilaterally decide to launch a nuclear attack. In about as long as it takes to send a tweet, we’d have a nuclear war.

Other nuclear-armed countries know that. And if they think we might strike first, or mistakenly believe we launched already, that could incentivize them to hit us first. That’s exactly what No First Use is designed to prevent.

We need it more than ever. Today, the Doomsday Clock is at just two minutes to midnight — the closest we’ve been to nuclear conflict since 1953, at the height of the Cold War. And unlike in 1953, we know ducking under a school desk isn’t going to save us.

My organization, Physicians for Social Responsibility, was founded to raise the alarm about the health impacts of nuclear weapons and the risks of nuclear war. We’ve researched everything from nuclear winter to what a nuclear war could mean for human health.

So, let us be the first to tell you: The U.S. is playing an elaborate, high-stakes, screwed-up game of chicken with other nuclear-armed countries.

Since the Cold War, the prevailing thinking is that we need nuclear weapons to discourage other countries from using their nuclear weapons. That’s supposedly why we keep amassing them, even though just one has the power to destroy whole civilizations — just so people know we’re really serious.

But that thinking is reckless and dangerous. Arming up encourages other countries to do the same, which increases the risk of someone launching a first strike.

The risk of nuclear conflict is at an all-time high thanks to the U.S. withdrawal from the Iran deal, our failed attempts to broker a deal with North Korea, and our tensions with Russia because, as usual, we’re reheating the Cold War.

Worst of all, the United States has withdrawn from the vital 1987 Intermediate-Range Nuclear Forces (INF) Treaty, which helped eliminate over 2,600 intermediate-range missiles. That tangible progress in stabilization and disarmament is now at risk.

The United States should never start a nuclear war, because no one can ever win one. We should’ve established a No First Use policy long ago, but it’s not too late to start one now.

Seventy-four years after Hiroshima and Nagasaki, it’s one of several much-needed steps to prevent nuclear conflict — and ultimately end the nuclear threat for good.