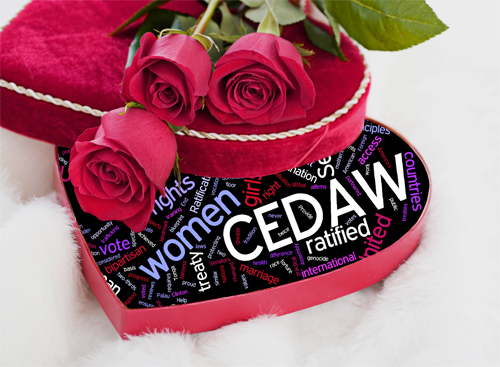 The. Very. Best. Valentine. Ever.

The United States is one of only seven countries not to ratify a landmark international agreement that affirms principles of fundamental human rights and equality for women.
By Don Kraus | February 6, 2013

This year I came up with the best Valentine’s Day gift ever for my wife and daughter. It’s inexpensive and, unlike a bouquet of flowers, should last beyond their lifetimes. They’ll love it! I can’t think of a better way to express how much I love them.

Rather than chocolates or jewelry, I am going to join a One Billion Rising rally to end the violence against women that has shattered lives and torn the fabric of societies around the world.

A billion women — one out of every three on the planet — will be raped or beaten sometime in their lifetime. That’s one billion moms, sisters, daughters, and friends violated, one billion lives shattered, one billion hearts broken, and one billion reasons to rise up and put an end to this violence. 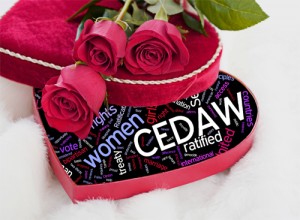 On February 14, rallies around the world are giving a billion women, and those who love them, an opportunity to dance, speak out, and say, “Enough!” There are many ways to make a difference, but here in the United States we have a 32-year-old obligation that I’m focused on: Senate passage of the Convention on the Elimination of All Forms of Discrimination Against Women.

This landmark international agreement affirms principles of fundamental human rights and equality for women around the world, including the rights not to be raped or beaten. But ours is one of only seven countries — including Iran, Sudan, and Somalia —that haven’t ratified this treaty.

This accord offers countries a practical blueprint to achieve progress for women and girls by calling on each ratifying country to overcome barriers of discrimination. Around the world it has been used to reduce sex trafficking and domestic abuse, provide access to education and vocational training, guarantee the right to vote, ensure the ability to work and own a business without discrimination, improve maternal health care, end forced marriage and child marriage, and ensure inheritance rights.

Although the Obama administration strongly supports its ratification and the Senate Foreign Relations Committee has voted in favor of it twice with bipartisan support (in 1994 and 2002), it has never been brought to the Senate floor for a vote. It’s time to change that.

Why? Joining this convention would continue our nation’s proud bipartisan tradition of promoting and protecting human rights. Ratification requires two-thirds of the Senate to stand together. The good news is that in this time of tight budgets, it would cost us absolutely nothing.

Ratifying it would strengthen the United States as a global leader in standing up for women and girls around the world. Unfortunately today, our diplomats who speak out to end violence against women are too often told that since we are not part of the women’s treaty, we should mind our own business. Under the leadership of Presidents Reagan, Bush, and Clinton, we ratified similar treaties on genocide, torture, and race.

Finally, bringing it to a full Senate vote would open up important conversations. While American women enjoy opportunities and status not available to most of the world’s women, few would dispute that more progress is needed. A Senate vote would provide an opportunity for a national dialogue on how to address persistent gaps in women’s full equality regarding closing the pay gap, reducing domestic violence, and stopping human trafficking.

This is something that I know my wife and daughter would love. So I’m speaking out to end violence against women. It will be the very best Valentine’s Day gift ever.