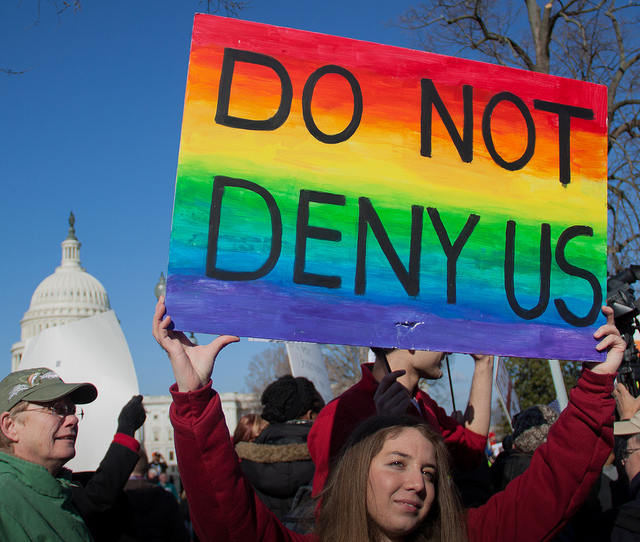 The War on Love

Religious conservatives are treating marriage equality as a call to arms.
By Peter Montgomery | May 20, 2015

A lot of conservative religious leaders say people of faith are being “silenced” or “persecuted” here in the United States.

They’ve sung that refrain for decades. It’s especially common in their losing battle against the growing public support for the legal equality of gay, lesbian, bisexual, and transgender (LGBT) people.

As more Americans have seen their LGBT family, friends, and neighbors come out of the closet, the claim that gay people are out to destroy faith and freedom has lost its punch. So some anti-gay leaders are reaching for more extreme rhetoric.

Take Family Research Council president Tony Perkins. He warned a couple of years ago that a potential Supreme Court ruling against same-sex marriage bans “could be the straw that broke the camel’s back.” Nationwide marriage equality, Perkins insisted, could lead to “a revolt, a revolution” that “could explode and just break this nation apart.”

The Supreme Court is now weighing a landmark marriage equality case. And conservative religious advocates are amping up their calls for defiance if the Court rules that same-sex couples are indeed protected by the Constitution’s promise of equal treatment under the law. 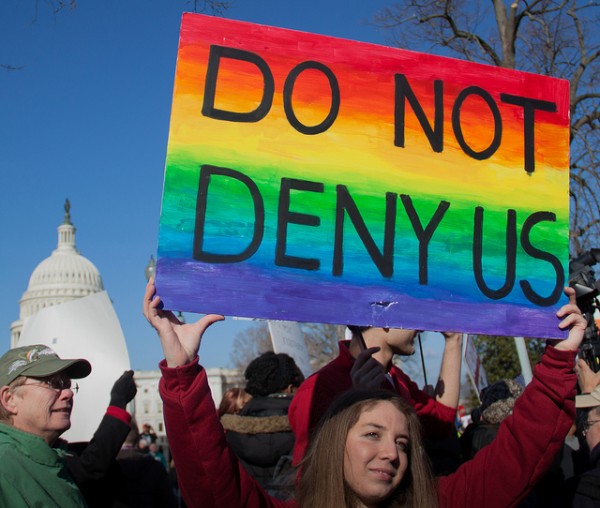 “Talk about a civil war,” says Focus on the Family founder James Dobson. “We could have another one over this,” he warns.

Political operative David Lane, who has GOP presidential candidates flocking to his meet-and-greets with conservative pastors, has said Christians in America “must risk martyrdom” over marriage equality. His colleague at the American Family Association, governmental affairs director Sandy Rios, used the same word, repeatedly urging opponents of gay rights to “prepare for martyrdom.”

Even politicians are getting in on the game. GOP presidential contender Mike Huckabee and Alabama Chief Justice Roy Moore are urging states to go the nullification route and defy a Supreme Court ruling in favor of marriage equality. Attacking “judicial supremacy” is emerging as a central theme of Huckabee’s campaign.

The “tyranny” these activists say they’re resisting is simply the effort by LGBT people and their allies to win a measure of legal protection for their lives and families. Like other social justice movements in our nation’s history, it’s a peaceful struggle to change people’s hearts and minds using the tools available in our free society.

How far will Roy Moore, Mike Huckabee, and other conservative leaders go to undermine the legitimacy of the Supreme Court? No one knows. Maybe all this “resistance” rhetoric is empty bluster and political posturing.

But this much is clear: The far right is losing the battle for the hearts and minds of Americans. And they’re threatening to bring on a constitutional crisis — or worse — if the Supreme Court rules in favor of marriage equality later this year.

Peter Montgomery is a Senior Fellow at People For the American Way.
Distributed by OtherWords.org.