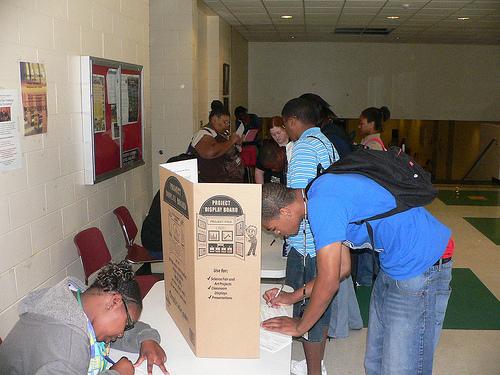 That’s why Mitt Romney and Barack Obama are making countless campaign stops and targeting millions of advertising dollars to bring undecided voters in these states to their side. But according to a new report from the National Urban League Policy Institute, another state belongs on this key list — the State of Black America.

That’s right, just as in 2008, when African-American voters went to the polls in record numbers and were a deciding factor in President Obama’s election, the black vote could again tip the scales either way in November depending on how many register and vote. 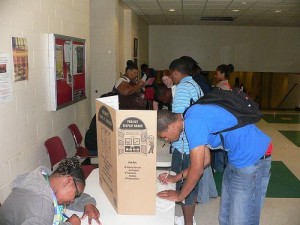 Conversely, our report shows that if African American voter turnout falls back to the 2004 rate of 60 percent as opposed to the record 2008 rate of nearly 65 percent, then Obama will have a tough time repeating his wins in the critical swing states of North Carolina, Ohio, and Virginia.

Our report confirms black America’s potential voting power. The 2008 election showed that, for the first time, blacks were at the table in the democratic process, with voter turnout nearly equal to and — in some instances — surpassing the rate at which whites cast their ballots. But once is not enough. This upcoming election presents an opportunity for blacks to secure our seat at the table.

That is exactly the purpose of the National Urban League’s Occupy the Vote campaign. In addition to fighting back against those who would deny any citizen the right to vote, we’re issuing a clarion call to reawaken the hidden swing voters in the State of Black America.

After all, “people who don’t vote have no line of credit with people who are elected,” as Marian Wright Edelman has said. They “pose no threat to those who act against our interests.”