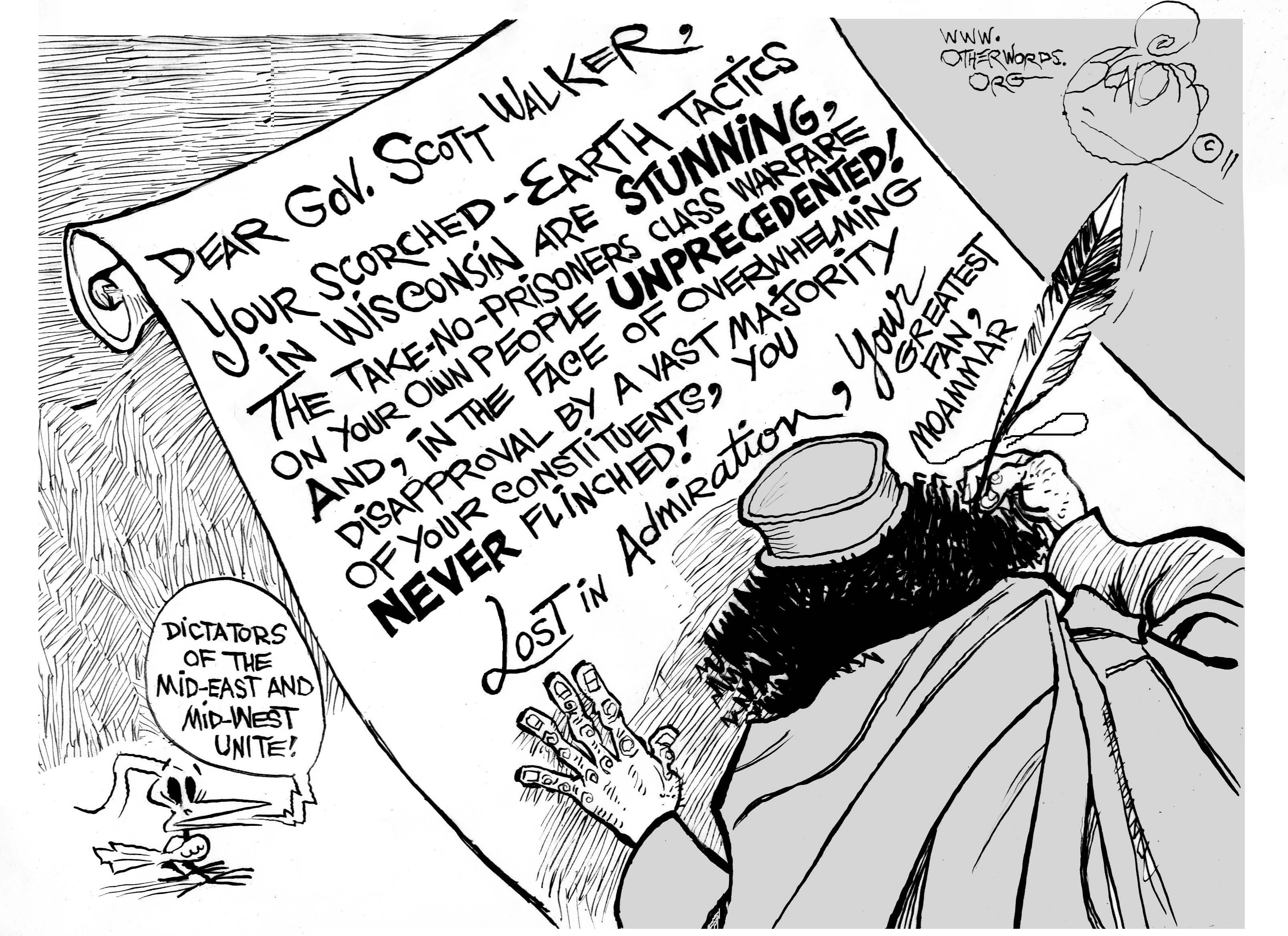 Wisconsin Gov. Scott Walker is but one of a flock of far-right, corporate-crested Republican governors and Congress critters waging an all-out class war.
By Jim Hightower | March 14, 2011

Wisconsin Governor Scott Walker’s autocratic attempt to abrogate the democratic right of public employees to bargain with their governmental bosses is not wearing well with the public. Recent polls show that a mere one-third of Wisconsinites favor his blatantly political power play, and that if he had told voters in the last year’s election that he intended to do this, he would’ve lost.

After only one month in office, Walker’s approval rating has plummeted. He’s become a national poster boy for right-wing anti-union extremism–so out of step that even democracy fighters in Egypt are jeering him. 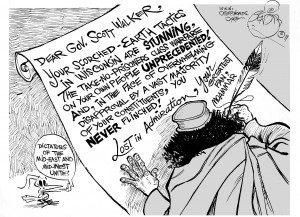 Yet, Walker is but one of a flock of far-right, corporate-crested Republican governors and Congress critters who’re waging an all-out class war on unionized workers. It’s a shameful effort to bust the wage structure and legal protections that support America’s already endangered middle class.

In Congress, loopy GOP leaders are out to abolish the legal mechanism through which workers can form a union and have their bargaining rights protected. Meanwhile, war-whooping Republican governors in Ohio, New Jersey, Indiana, and elsewhere are slashing the health care and pension benefits owed to public employees, while blaming these middle-class workers for their states’ fiscal messes.

But it was the economic crash caused by Wall Street greed and massive tax giveaways to wealthy elites that depleted state budgets, not firefighters’ pensions or teachers’ health insurance.

And check out Nevada, where the Chamber of Commerce is even pushing to eliminate the minimum wage. This corporate-funded Republican assault isn’t about fiscal responsibility. The corporate powers intend nothing less than to dismantle the entire framework of America’s economic democracy and return us to the dark days of Robber Baron plutocracy.

To the barricades, people!