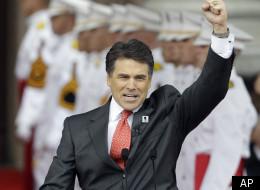 The Corporate Takeover of the 2012 Presidential Election

Super PACs represent the Enronization of our democracy.
By Jim Hightower | September 26, 2011

The unregulated energy hucksters behind the infamous Enron scandals of a decade ago created an array of dummy financial funds to evade public scrutiny and perpetrate fraud. To disguise the scams, they dubbed these phony funds names like Chewco and JEDI.

While Enron’s house of cards did of course collapse, “Enron accounting” lives on in corporate America today. It’s also infesting an endeavor that should never be tainted with such financial gimmickry: America’s democracy. Corporate hucksters, intent on political profiteering, are setting up dummy funds with such star-spangled names as Make Us Great Again and Restore Our Future.

These are Super PACs, created to amass millions of dollars in unrestricted corporate cash to back the candidacies of particular presidential wannabes. These groups can raise and spend unlimited amounts of money — something the candidates themselves are barred from doing. Already, the dummy funds are becoming larger than the candidate’s’ own campaigns, allowing a few big money interests to pervert our democratic process into their plutocratic plaything.

How few? As of August, more than 80 percent of the money in Super PACs backing Republican candidates had come from only 35 people writing six- and seven-figure checks.

Technically, these dummy groups must not coordinate their actions with the candidates they back, but this “ban” is a fraud. For example, Rick Perry’s Make Us Great Again PAC is headed by a corporate lobbyist who had been Perry’s chief of staff and is now both a major fundraiser and political advisor for Perry. Hello — the front group, the lobbyist, the fundraiser, and the advisor don’t have to “coordinate” — they’re all the same person!

What these Super PACs represent is the Enronization of our politics — a legalized corruption that’s tantamount to a corporate takeover.