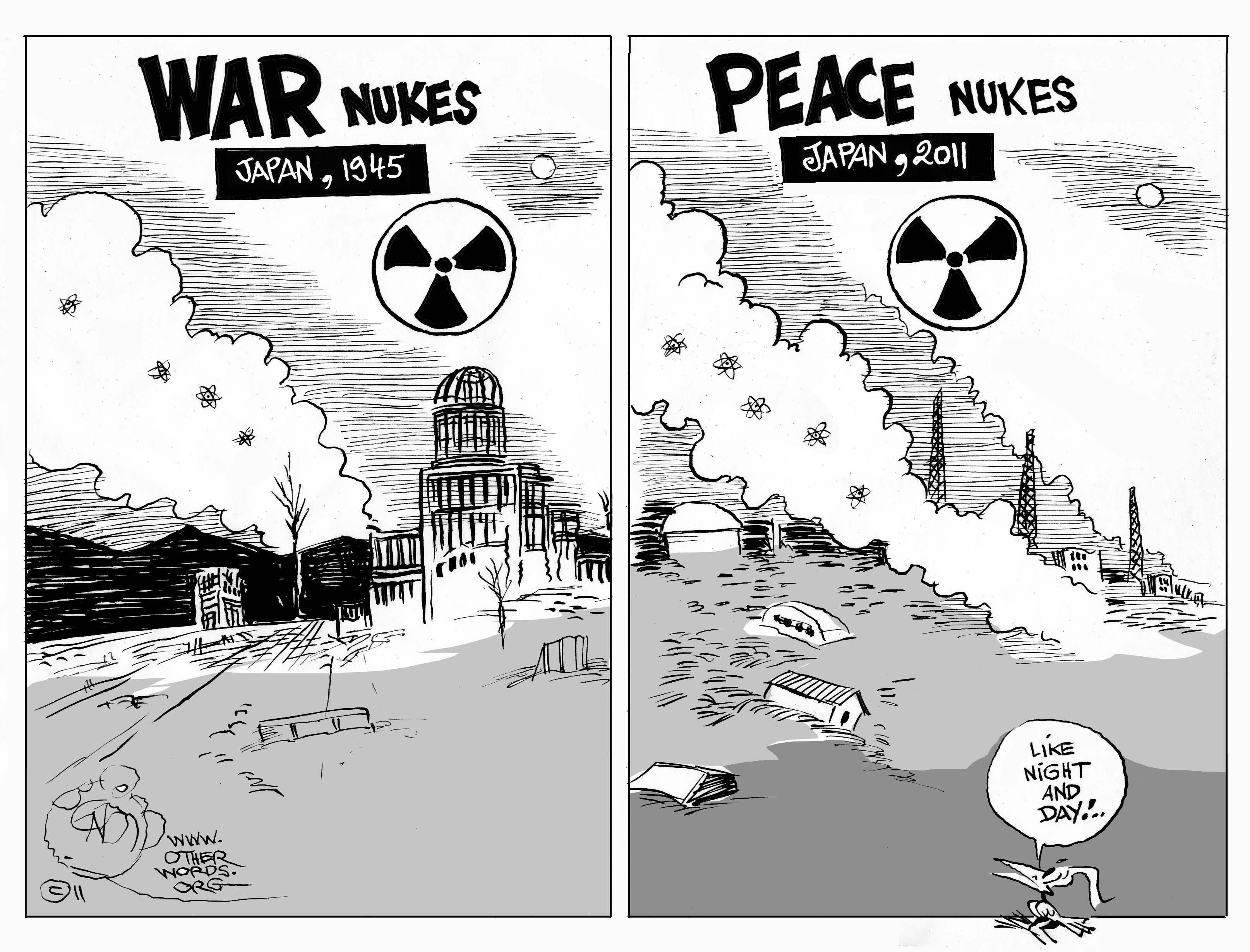 The Dangers of Nuclear ‘Ice-Nine’

We were just about to start getting back into the nuclear energy business ourselves after refraining from building any new nuclear reactors for decades.
By Donald Kaul | March 21, 2011

The great cautionary tale of the 19th century is Frankenstein, Mary Shelly’s novel. It’s the story of a brilliant scientist, Victor Frankenstein, who builds a monster out of spare parts and then breathes life into it.

Instead of being grateful to his creator, the monster runs away. It eventually destroys Frankenstein and everyone he cares about.

The great cautionary tale of the 20th century is Cat’s Cradle, Kurt Vonnegut’s novel. It’s the story of a brilliant scientist, A. Felix Hoeniker, who invents a substance (“ice-nine”) that can freeze water at room temperature.

It’s a military project designed to freeze mud at any temperature, thereby making it easier to wage war in the rainy season. Ice-nine’s only failing is that you can’t make it stop. It freezes the mud and nearby streams and all other water it comes in contact with.

In the course of Vonnegut’s book, the substance is carelessly delivered into the ocean where it freezes pretty much all water everywhere, ending life as we know it.

The cautionary tale of the 21st century is Japan. 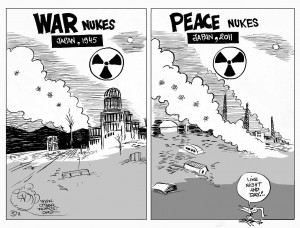 The novel has yet to be written, but that country seems to be locked into a Doomsday scenario that reminds one of Dr. Strangelove’s end-of-the-world machine. In quick succession, it has suffered an earthquake, a tidal wave, a flood of Biblical proportions, fire, and the threat of a nuclear holocaust. Maybe not the end of the world, but you can see it from there.

The nuclear disaster is the most worrisome of all. There seems to be no end–one reactor after another fails, threatening to produce its own little Chernobyl.

That would be bad enough if it were just another foreign disaster, but we were just about to start getting back into the nuclear energy business ourselves after refraining from building any new nuclear reactors for decades.

Halting nuclear power plant construction was our reaction to the Chernobyl debacle and our own brush with nuclear disaster, Three Mile Island. It became an article of faith in the environmental community that nuclear power was too dangerous to mess with.

That argument had just about gone past its sell-by date. Apparently nobody, but nobody, was thinking we could reduce our reliance on fossil fuels without using nuclear energy, which doesn’t unleash carbon into the atmosphere. We were told that the technology was much safer now.

President Barack Obama had already proposed an expansion of nuclear energy technology and $36 billion in Department of Energy loan guarantees for the construction of 20 new nuclear plants.

Except in the eyes of Mitch McConnell, the Republican leader in the Senate. He may be wrong but he’s always sure.

“My thought about it is, we ought not to make American and domestic policy based upon an event that happened in Japan.”

One can only say: “Huh?” Does McConnell’s comment make sense at any level to anyone? It apparently does to Republican senators. They elected him their leader. (I’m going to start putting aside a nickel every time a conservative Republican politician says something intelligent. When I collect enough money I’m going to buy a pack of chewing gum. It shouldn’t take more than three or four months. Six at the outside.)

Apparently, Japanese reactors were designed to survive either a tsunami or an earthquake, but not both. This is the problem when designing fail-safe systems–they fail in the most unexpected ways.

This, in turn, leaves the environmentalists among us in a quandary. We believe in climate change and want cleaner energy than fossil fuels provide. But we know it will be hard to get the quantity of energy we need from alternative sources like wind, geothermal, or solar.

But nuclear energy is our Frankenstein monster, which might prove as uncontrollable as ice-nine.

It’s humbling to learn that our most prideful accomplishments are hostage to a shrug of the earth.