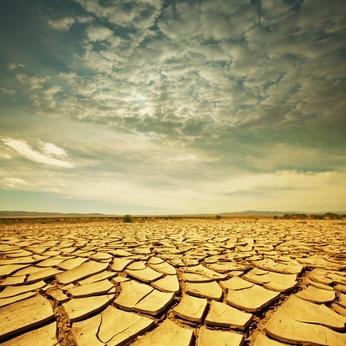 Our lawmakers should spend the next month figuring out how to reduce our $16 trillion debt instead of showering special interests with even more wasteful subsidies that have nothing to do with the drought.
By Ryan Alexander | September 10, 2012

Politicians on both sides of the aisle are planning to shamelessly take advantage of the devastating drought and stick taxpayers with a bloated, wasteful Farm Bill. This trillion dollar bill won’t fix the drought, but it will put taxpayers in a fix.

Let’s be clear. The drought is real. More than 1,900 counties have been declared disaster areas. This could be the driest, hottest year for agriculture since 1988 or earlier. Many farmers are going to harvest much less than they expected, some practically nothing. Sounds like a disaster.

But when you look at the balance sheet, you see abundance.

The U.S. Department of Agriculture recently announced that the agriculture sector is on pace to make a record $122.4 billion in profits this year.

On one hand, this makes sense: Less supply equals higher prices. We’re still using billions of bushels of corn and soybeans to feed our cars (ethanol) and our cows, so whatever is harvested can often be sold at prices that are nearing record territory. And not every county is suffering from drought, so some folks are raking it in. But the other part of this equation is your contribution. Or, more specifically, your tax dollars.

Most farmers were taken care of before a single seed was planted, through federally subsidized crop insurance. Agricultural businesses can get insurance policies covering everything from corn to clams. And they get them for cheap, or even free. A basic catastrophic policy, covering a 50 percent loss, has Uncle Sam paying 100 percent of the premium. If you want one that kicks in earlier, for as little as a 15 percent loss in many cases, he’ll write a check for a portion of that cost, too. On average, taxpayers pay 62 cents out of each dollar of farmers’ insurance premium costs. Importantly, many policies cover not just losses of crops, but the revenue you were expecting from that crop. Last year Uncle Sam shelled out more than $11 billion on this income guarantee program.

It will be months before we know the final tab for crop insurance, but with 279 million acres insured — a record — $115 billion in coverage — another record — and prices for corn and soybeans also near record highs, the sky is the limit. 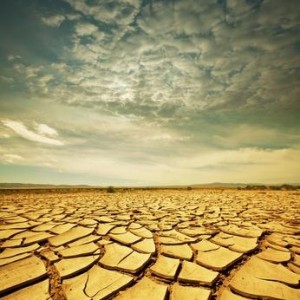 Estimates easily put the cost of this program anywhere from $20 to $30 billion. When the last Farm Bill was passed in 2008, the program was supposed to cost a shade over $5 billion for this year.

When the worst growing conditions in generations produce record income, most people would think it’s a sign that something is out of whack. But agricultural special interests aren’t most people. They’re actually looking to exploit the drought to ram through a Farm Bill that expands the crop insurance program and puts taxpayers on the hook for guaranteeing even higher profits for agricultural businesses.

Both the House and Senate Farm Bills include new “shallow loss” programs. Under these programs, checks would flow from Washington any time farmers see even modest dips — as little as 10 percent — in their revenue, not the devastating wipeouts that are currently making headlines. Crop insurance won’t be reined in. It will actually be expanded with special carve-outs for catfish, popcorn, peanut, and poultry producers, among others. All this and more is wrapped up in a nearly trillion-dollar bill that spends 60 percent more than the last Farm Bill passed just four years ago.

The Farm Bills aren’t about helping with the drought. As House Agriculture Committee Chairman Frank Lucas (R-OK) said himself, they’re supposed to “get us through bad times and make the good times better.” With agriculture closing in on yet another year of record income, it seems like there are no bad times. Lawmakers should spend the next month figuring out how to reduce our $16 trillion debt instead of showering special interests with even more wasteful subsidies that have nothing to do with the drought.