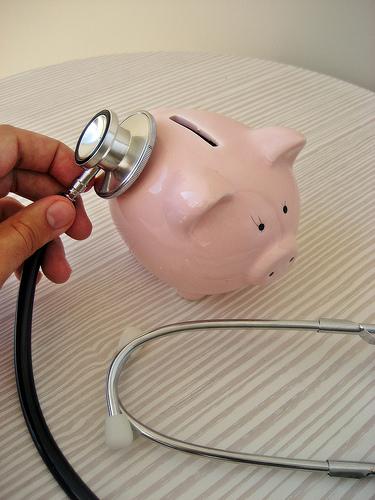 The ‘Freedom’ to Refuse Health Insurance

Raise your hand if you don't want any health insurance.
By Mitchell Zimmerman | July 16, 2012

As the writer Anatole France once said, “The law, in its majestic equality, forbids the rich as well as the poor to sleep under bridges.”

The right to refuse to have health insurance — something Republican leaders tout as a fundamental freedom — is a lot like the “right” to sleep under bridges. No one wants to exercise it.

GOP leaders are framing the requirement that every American get health insurance as the gravest assault on our liberty since the British burned the White House in 1814. But even the most hard-core teapartistas tend to freely choose the very insurance coverage whose imposition they decry as socialist tyranny. Few conservatives insist on paying their own medical expenses because they’re rugged individualists.

More than 50 million Americans have no health insurance and nearly 30 million more have such bad policies that they’re officially “underinsured.” Is the Affordable Care Act a dreadful imposition on them? Nearly all uninsured Americans wish they had medical coverage, and the underinsured wish they had more.

People are uninsured and underinsured for two reasons: Either they can’t afford coverage, or insurance companies refuse to insure them. “Choosing” not to have health insurance because you’d prefer to feed your children isn’t a real choice. 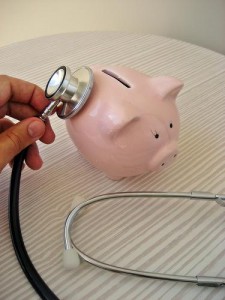 One cornerstone of President Barack Obama’s health care reform is that the government will offer subsidies to many people who face this dilemma. They won’t have to choose between hunger and health any longer.

And there’s nothing un-American about making people purchase health services or insurance. Consider these examples of how the government can legitimately force you to do the right thing:

Children must go to school, unless their parents are among the 3 percent who opt for home-schooling. And children must be vaccinated before they enter the classroom. That means the government makes you pay for a vaccine, or you get a subsidized one at a clinic. We consent because we don’t want the risk of epidemics. It’s not an assault on our liberty — just an illustration of how, because we live in society, we can be made to buy things when necessary for the wellbeing of society as a whole.

And, if you want to drive, you must buy liability insurance. Our society recognizes you don’t have the right to be irresponsible — to do something inherently risky to others, like driving a vehicle, without being able to provide compensation if and when you cause an accident.

Health insurance is no different. The Affordable Care Act won’t let you behave irresponsibly at other people’s expense. You can theoretically “choose” not to have health insurance. But you can’t choose never to get cancer or have a heart attack, or never to incur crushing medical expenses. And since we’re not yet the kind of society that will let people die in the gutter outside of a hospital because they don’t have money or insurance, a “choice” not to be insured is really a choice to make others pay for the medical expenses you or your kids will very likely incur at some point.

We have a responsibility to pay our dues in a free society, and the government isn’t assaulting liberty by making us live up to our responsibilities. We don’t have the right to a free ride. But what else do you call the act of letting everyone else pay our medical bills — particularly when the collective burden of uninsured individuals and families imposes an enormous cost on our entire national medical system and a grave burden on our economy?

The truth is that no one wants to be without health insurance. The Affordable Care Act isn’t going to make it available to everyone — an estimated 26 million Americans will still be uninsured by 2020 — but it’s a big step in the right direction. The Supreme Court made the right choice when it upheld the law.