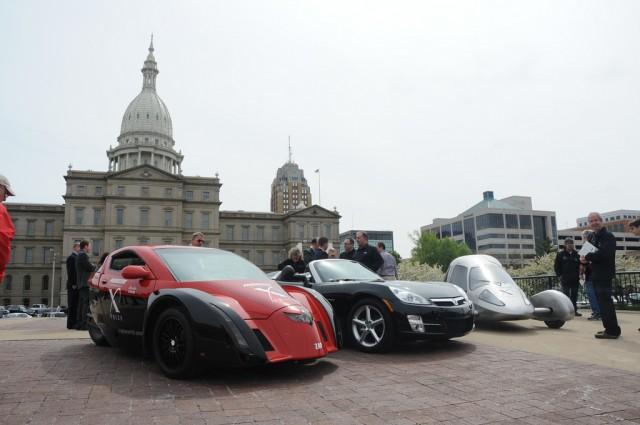 The GOP Loves the Federal Spending it Hates

Sen. McConnell's tirade about the Solyndra debacle would've had a lot more moral punch if it were not for Zap Motors.
By Jim Hightower | October 17, 2011

Whatever else you think about tea-party-infused Republican leaders in Congress, at least they’re consistent in their opposition to big government intrusion in the economy, right?

Absolutely. Unless you count intrusions of taxpayer funds into corporate projects back in their districts.

For example, President Barack Obama’s effort to accelerate federal-backed loans to job-creating, green-energy projects has been a target of howling Republican ridicule. In particular, they’re now assailing a 2009 loan guarantee to the failed solar-panel maker, Solyndra, holding it up as proof that green energy programs are a waste, driven by raw politics. 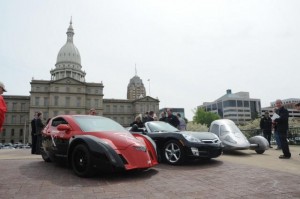 Fair enough — the Solyndra deal did stink. However, Mitch’s tirade would’ve had a lot more moral punch if it were not for Zap Motors.

In 2009, even as the Kentucky senator was loudly deriding Obama’s original stimulus program, he was quietly urging Obama’s energy secretary to give a quarter-billion-dollar loan guarantee to Zap for a clean-energy plant it wanted to build in McConnell’s state.

Never mind that Zap Motors had its own shaky financial record; it was, as McConnell now says of Solyndra, “a politically connected energy firm.” Connected directly to him, that is. The senator’s robust enthusiasm for Zap came after the corporation hired a lobbyist with close ties to the Kentucky Republican, having been a frequent financial backer of the senator’s campaigns.

The moral of this GOP morality tale is it’s okay to hate government spending, except when you love it. Decry federal largesse loudly, but when it serves your own political needs, hug it quietly…but tightly.