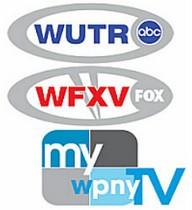 Although the Internet has made it possible to access many diverse sources of news online, what's missing is diverse coverage of what's going on in our own backyards.
By Libby Reinish | October 31, 2011

If you turn on your local evening news, you may not notice anything out of the ordinary. But if you change the channel, you’ll think you’ve entered a parallel universe.

The same reporter may appear on three supposedly independent stations, reading the same script and covering the same story. It’s the same news, carefully designed to look like three different newscasts. It can feel like the twilight zone, but these eerie similarities are the reality for scores of local TV news programs across the country.

So far, broadcasters are getting away with this covert consolidation. According to research we’ve conducted at Free Press, today more than half of Americans live in areas affected by this harmful practice.

In Charleston, South Carolina, the Fox and CBS affiliates share on-air personalities. The majority of their news stories use the same scripts and the same video footage, though they may be read by different reporters. In Honolulu, Hawaii, three different stations share reporters, scripts, and stories.

It’s no secret that the newspaper industry is struggling and that local papers are shutting their doors. But it’s not as widely known that for years, broadcasters have been cutting deals that allow them to build local media empires without any checks or balances.

Local broadcast outlets that historically tried to “scoop” each other with hard-hitting news are now working together. Stations share resources, reporters, footage, anchors, and even physical locations. Meanwhile, journalists lose their jobs, local news coverage suffers, and any diversity of viewpoints gets lost in the shuffle.

Undeterred by rules designed to ensure that viewers have access to competing sources of local news, media companies have consolidated their operations, colluding to cut costs and pad profits. They found a way to do it without disclosing these deals to anyone. Our access to diverse news sources has been hijacked.

There are no limits to how consolidated a market can become when covert consolidation is used to circumvent ownership limitations. In Honolulu, one company controls three local TV stations. All five TV stations in Peoria, Illinois are controlled by just two companies, Granite Broadcasting and Nexstar Broadcasting. The Peoria media market serves 10 counties in two states. But two newsrooms simply cannot provide the amount of local news coverage and the diversity of perspectives that residents need to stay informed.

In many cases, covert consolidation has meant a loss of local newsroom jobs: 68 in Honolulu, 30 in Peoria, 45 in Syracuse, and 24 in Salt Lake City. Broadcasters claim these layoffs allow them to finance better local coverage, but rather than reinvesting in news, that savings is most often applied straight to the companies’ bottom lines.

According to the University of Delaware’s new study of eight consolidated media markets, stations with joint news operations produce fewer local news stories and air more national news and fluff pieces. They also broadcast more of the same news: In Denver, the same stories were broadcast on multiple stations 71 percent of the time; in Dayton, Ohio, 98 percent of the stories aired on more than one station.

Although the Internet has made it possible to access many diverse sources of news online, what’s missing is diverse coverage of what’s going on in our own backyards. Coverage of local and state governments, local businesses, local schools, and local labor and environmental issues is disappearing from our newspaper stands and TV screens. It’s nearly impossible to know what’s happening at city hall or the state legislature.

The airwaves belong to the public — you and me — and the Federal Communications Commission needs better rules to protect our interests.

That means closing the loopholes that have allowed covert consolidation to become so pervasive — and have left the public with less local news, media competition, and diversity.

After all, the choice of whether to watch the exact same story on two or three different channels is no choice at all.

Libby Reinish is a program coordinator at Free Press, a national, nonpartisan nonprofit dedicated to reforming the media. FreePress.net
Distributed via OtherWords (OtherWords.org)