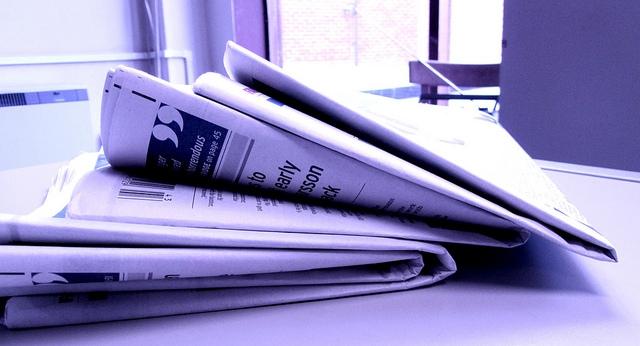 A study of three prominent op-ed sections highlights their byline diversity problem and the conservative tilt of the nation's top columnists.
By Emily Schwartz Greco | April 13, 2012

For years, researchers have parsed the nation’s top op-ed sections and deemed them to be too male and too white. With this problem so openly acknowledged, you’d think that there’d be some improvement. Well, you’d be wrong.

The media reform organization FAIR, an OtherWords partner, reviewed the commentaries featured in The Washington Post, The New York Times, and The Wall Street Journal between September and October 2011. It summarized the results in the latest edition of Extra!, the organization’s monthly magazine. 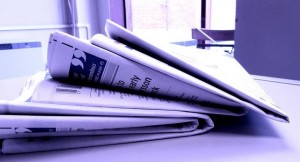 FAIR’s report is packed with interesting data and observations. A few examples:

Having tried to improve the diversity of voices that OtherWords features for the past two and a half years, I’ve learned that this challenge is harder than it sounds. FAIR’s study serves as a great reminder of why it’s so important for this editorial service to meet that challenge.

After some improvement under IPS stewardship, OtherWords is doing a better job at amplifying the voices of women and people of color than these three op-ed sections. But that’s not saying much. In September and October 2011, the period FAIR reviewed, 25 percent of OtherWords commentaries were by women and 5 percent were by people of color. We can and will improve this track record.

FAIR’s report also notes that these three prominent opinion sections range from right-of-center to conservative. I’ve noticed the same thing. The Washington Post touts centrists Dana Milbank and Richard Cohen as being part of its “left-leaning” lineup. The Post‘s right-leaning squad, however, is packed with “severe conservatives” like George Will and Charles Krauthammer.

FAIR also found that the Occupy movement’s arrival during the period studied didn’t make a dent on the overall conservative tenor of the commentaries these newspapers published. “While coverage in papers’ news sections increased dramatically from September to October (2011), the opinion pages at the Times, Post and Journal remained entirely free of the voices of those involved,” wrote researcher Nick Porter.

Because the Post, Times, and Journal are widely syndicated, the imbalance in their lineups is magnified throughout the media. Their columns run in hundreds of newspapers and new media outlets. Here are some examples.

In 2007, Media Matters released an in-depth study on the rightward tilt of op-ed sections. It found that the top three, measured in terms of the number of newspapers in which they are featured, were George Will, Cal Thomas, and Kathleen Parker. Will, Thomas and Parker all appear on Townhall.com, which bills itself as “the leading source for conservative news and political commentary and analysis.” Today, Thomas and Will are in about 500 newspapers and Parker’s in more than 350.

Emily Schwartz Greco is the managing editor of OtherWords, a non-profit editorial service run by the Institute for Policy Studies.