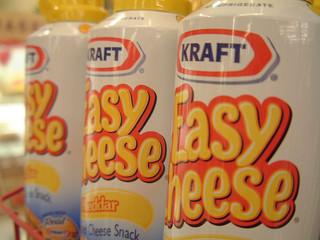 The Ingredient Haunting our Candy

Milk protein concentrate is in thousands of the things we eat, but there's no government oversight ensuring that this ingredient is safe for consumers.
By Donna Hall | October 24, 2012

This Halloween, keep an eye out for “milk protein concentrate.” Avoid buying any treats made with it and don’t let your children eat candy or anything else made with this additive.

You may not have heard of milk protein concentrate before, but it’s used in thousands of processed foods: candies, cookies, snack packs, desserts, energy bars, nutritional supplements, protein drinks, ice cream, yogurt, and sour cream. It’s in processed cheeses, some of which are sprinkled on our pizzas. Unfortunately, manufacturers are even adding it to most infant formula. 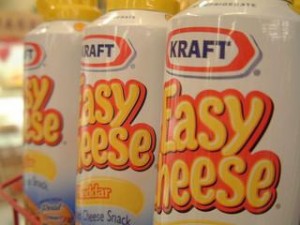 What’s so scary about this ingredient? To my knowledge, no scientific safety or nutritional testing has been done to assure that milk protein concentrate is safe for human consumption. It may be imported and used for industrial purposes such as glue and adhesives, which allows importers to sidestep dairy tariffs, quotas, and the limits imposed by trade agreements.

Even more frightening is that imported milk protein concentrate can be made from the milk of just about any lactating animal — cows, yaks, camels, goats, or water buffaloes. There’s no requirement that their state of health, country of origin, diet, or medications — such as antibiotics — be assessed or disclosed.

In 2004, the National Family Farm Coalition filed a citizen’s petition that called on the Food and Drug Administration to notify all federal and state regulators of the need to meet Generally Regarded as Safe requirements for all uses of milk protein concentrate in our food. The agency, which never took action, continues to look the other way while thousands of food products are potentially tainted with tons of this ingredient that is derived from unknown and possibly toxic sources.

The addition of milk protein concentrate to cheese and other foods decreases revenue for dairy farmers, lowers sanitary standards, and misleads consumers. For manufacturers, it lowers production costs and raises profits. But it’s one of the factors driving dairy farmers out of business and further endangering our food supply.

And, because milk protein concentrate is rarely tested, importers usually have no idea what’s actually in it.

There are several ways to produce milk protein concentrate, two of which include ultra-filtration and blending. In the ultra-filtration method, all liquid and smaller molecules (including minerals) are removed from fluid milk. Most countries, including China, use the cheaper blending method. In blending, manufacturers start with nonfat dry milk and add dried milk proteins, such as casein, until the desired protein level is reached.

Manufacturers may sneak melamine into the blended milk protein concentrate to raise its nitrogen content. This gives the appearance of a higher protein content, which is beneficial for other products, such as infant formula. But melamine’s high nitrogen content can lead to kidney stones, kidney failure, and death.

In 2007, hundreds of cats and dogs across the United States and Canada died, allegedly from eating pet food whose China-sourced ingredients were tainted with melamine. In 2008, roughly 300,000 children in China fell ill, and several died, after consuming infant formula contaminated with melamine.

How many more people have to die before we realize that imported milk protein concentrate is a ticking time bomb in our food supply?

When you remove the mask from the Big Food tricksters benefiting from this untested ingredient added to seemingly wholesome foods like cheese, yogurt, and infant formula, you see the ugly, immoral face of greedy corporations in the food and dairy industry.

Don’t be tricked — read the labels. Say “no thanks,” to any candies, snacks, cheeses, or other foods made with milk protein concentrate. If, like millions of Americans, you’re handing out treats on Halloween, make sure they don’t include this scary ingredient.

Donna Hall is a former dairy farmer who works to change dairy policy through Progressive Agriculture, a member of the National Family Farm Coalition. www.nffc.net
Distributed via OtherWords. OtherWords.org