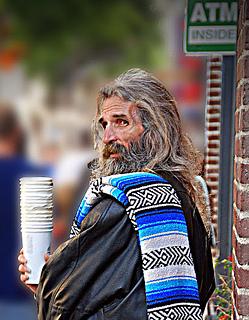 The Invisible Hand Won’t Stop Inequality in Its Tracks

We'll have more economic and climate disasters on Sandy's scale unless our political systems intervene.
By Sam Pizzigati | November 7, 2012

Economist Lars Osberg started writing about income distribution in the 1970s, back when few scholars shared his concern.

Tracking the distribution of income had turned rather boring. That distribution had been trending more equal ever since the New Deal era and showed no sign of changing course. Income distribution as a field of study struck most researchers, Osberg remembers, as “about as interesting as watching grass grow.”

Things sure have changed. 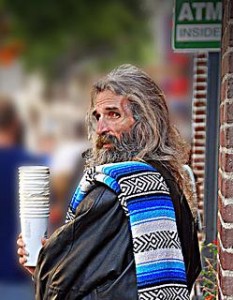 This increasing inequality doesn’t, of course, at all bother cheerleaders for grand fortune. They have no doubt that greater wealth for the wealthy will usher in a steadily richer and better world.

But increasing income inequality can’t give us a “steady” anything, Lars Osberg explains in a Canadian Centre for Policy Alternatives analysis of inequality across North America released earlier this year. Inequality in our economy can no more grow “without limit” than can carbon dioxide in our atmosphere.

In both cases, we’ll have more disasters on Superstorm Sandy’s scale unless our political systems intervene. And an inequality-driven disaster will surely come, Osberg argues — because the U.S. and Canadian economies, left to their own devices, have nothing going on within them that could increase our lowest incomes.

In Mexico, by contrast, the economic bedrock is shifting. That country has had until recent decades a high proportion of its population engaged in agriculture and relatively few women in the paid labor force. But these and other structural realities of the Mexican economy are evolving. And these changes are boosting household incomes for the poorest Mexicans.

But structural changes alone, Osberg adds, don’t explain why income distribution in Mexico has become more equal the last dozen years. The country has experienced a powerful — and equalizing — political intervention, via a massive income redistribution program that gives poor families money if they get check-ups and their kids stay in school.

Mexico’s movers and shakers had this intervention — initially known as the Progresa, now the Oportunidades program — essentially forced upon them.

In 1994, the onset of the NAFTA trade agreement had begun ushering Mexico into economic crisis, and that same year, Osberg notes, the Zapatista insurrection in Chiapas “forcefully reminded” Mexico’s elite “of the country’s deep and recent history of violent revolution and civil conflict.”

Osberg sees no comparable political pressure in the United States and Canada, only a “dominant political feedback loop” that translates more income for the top 1 percent into more political influence for that same elite.

The political consequence of this increasing 1 percent power: a gridlock that prevents any move to reforms — like steeply graduated progressive income taxes — that could temper inequality. The economic consequence: serial financial crises that leave “deeper and longer busts in the real economy.”

The state of affairs that will come next, Osberg observes, has not yet become clear.

History does offer hints. In the 1920s and 1930s, we experienced the same sort of financial volatility that plagues us today. In Italy, Germany, and Spain, democracy and decency gave way. The world witnessed a “catastrophically dysfunctional” fascist response, Osberg notes.

But the world also witnessed the New Deal in the United States and the massive programs of reform and renewal that created what Osberg calls Scandinavia’s “enduring success stories.”