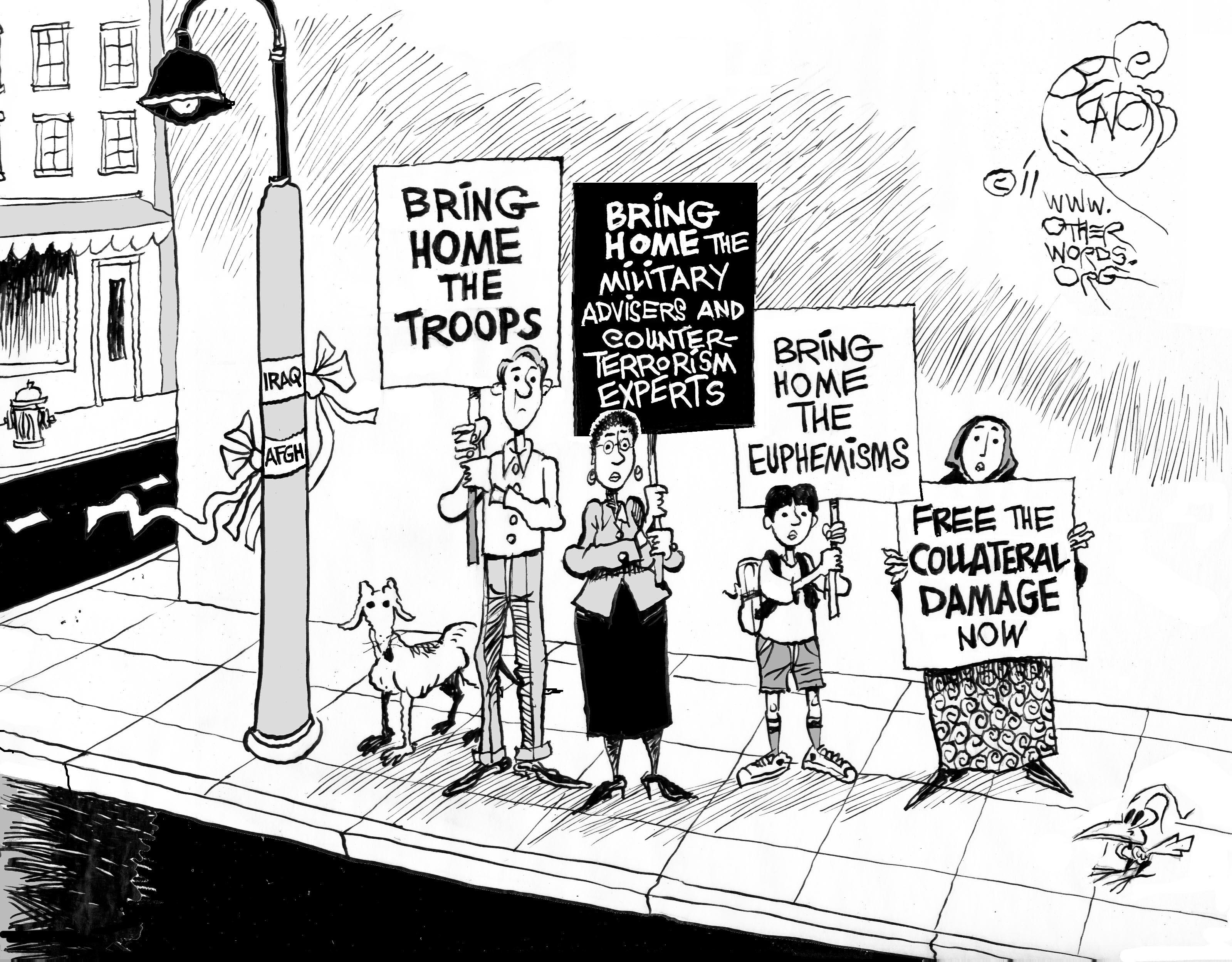 The Iraq War Isn’t Over

With too many Iraqi deaths and too many tax dollars, it's still a "dumb war."
By Phyllis Bennis | September 12, 2011

No U.S. troops were killed in Iraq last month. So why aren’t we celebrating? Because the war isn’t over yet and it costs way too much — in Iraqi lives and our money.

With so much attention and so many billions of our tax dollars shifting from Iraq to the devastating and ever more expensive war in Afghanistan, it’s too easy to forget that there are still almost 50,000 U.S. troops occupying Iraq. We’re still paying almost $50 billion just this year for the Iraq War. And while we don’t hear about it very often, too many Iraqis are still being killed. 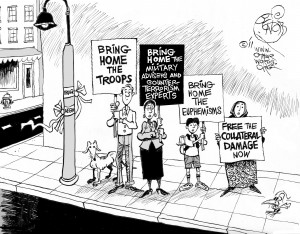 There’s an awful lot of discussion underway about the supposedly massive Pentagon budget cuts that are looming as part of a new deficit deal. But those potential cuts don’t even touch the actual war funding — $48 billion for Iraq and $122 billion for Afghanistan, just this year alone.

Just imagine what we could do with those funds. We could create and fund new middle-class green jobs for 3.4 million workers. Many of the thousands of soldiers we could bring home from those useless wars could get some of those jobs.

Barack Obama, back when he was a presidential candidate, promised he would end the Iraq War. In 2002, he called it “a dumb war.” The U.S. role in the war has gotten smaller but it isn’t over — and it hasn’t gotten any smarter. Last year, Obama said all combat operations in Iraq were about to end. But 50,000 or so troops are still there, training Iraqi security forces and, oh yes, conducting counterterrorism operations. Don’t “counterterrorism operations” count as combat?

Even worse, the Obama administration, following George W. Bush’s footsteps, seems committed to keeping U.S. troops in Iraq beyond the December 31 deadline the U.S. and Iraqi governments agreed to back in 2008. That agreement was supposed to be absolute — all U.S. troops had to leave by the end of this year.

There were loopholes, of course — the agreement said all Pentagon-paid military contractors had to leave too, but didn’t mention those paid by the State Department. So guess which agency is taking over the check-writing to pay the thousands of mercenaries preparing to stay in Iraq for the long haul?

But now Washington is ratcheting up the pressure on Iraq’s weak and corrupt government, pushing Baghdad’s leadership to “invite” U.S. troops to stay just a little bit longer. Iraq’s elected parliament, like the vast majority of the Iraqi people, wants all the troops out. But democratic accountability doesn’t seem to operate any better in Iraq than it does here in the United States. So the Iraqi cabinet made its own decision, without any messy consultations with the parliament, to “open negotiations” with Washington over how many U.S. troops would continue occupying the country and for how long.

Of course it’s good news that no U.S. soldiers were killed in Iraq in August. The bad news is that scores of Iraqi civilians were killed. We don’t know exactly how many — the Pentagon says it doesn’t do body counts.

But we know some of them. On one day alone, August 15, The New York Times reported 89 Iraqis killed and another 315 injured in apparently coordinated attacks. And on the last day of the month, at least seven Iraqis were killed and 25 wounded. Those are just the ones we heard about.

The Iraq War isn’t over, and we still can’t afford dumb wars. We need to bring those 50,000 troops and those 50 billion dollars home.

Phyllis Bennis is a fellow of the Institute for Policy Studies. Her books include Ending the Iraq War: A Primer. www.ips-dc.org