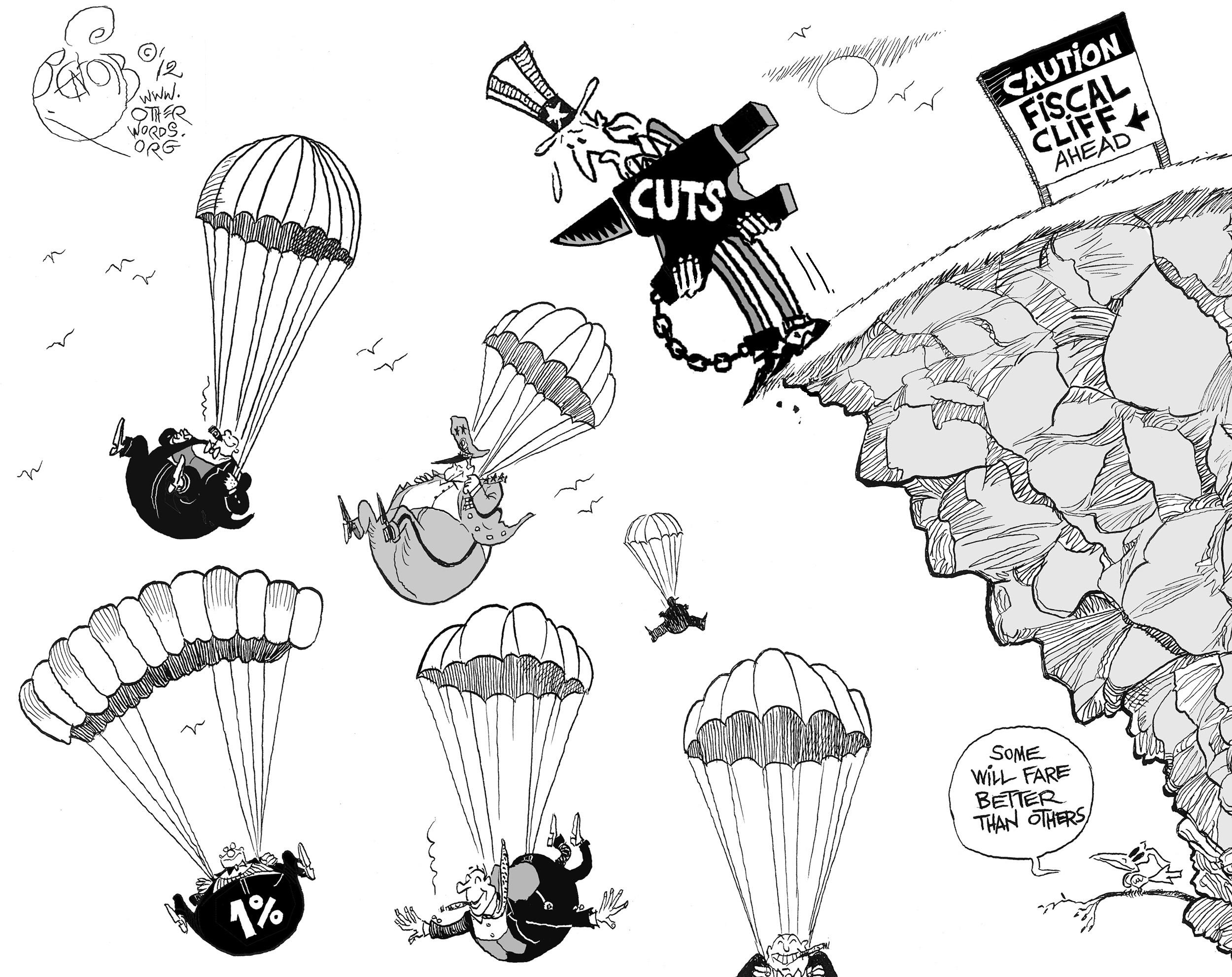 This week’s OtherWords editorial package features an op-ed by Robert G. Gard, in which the retired lieutenant general urges Congress to take action to avoid the upcoming “fiscal cliff.”

We’re still getting letters for Donald Kaul, most of which are from readers of newspapers that picked up his column from this editorial service. Please check out this tribute by his old friend and former colleague, Van A. Tyson, on the OtherWords blog. As always, I encourage you to subscribe to our weekly newsletter. If you haven’t signed up yet, please do. 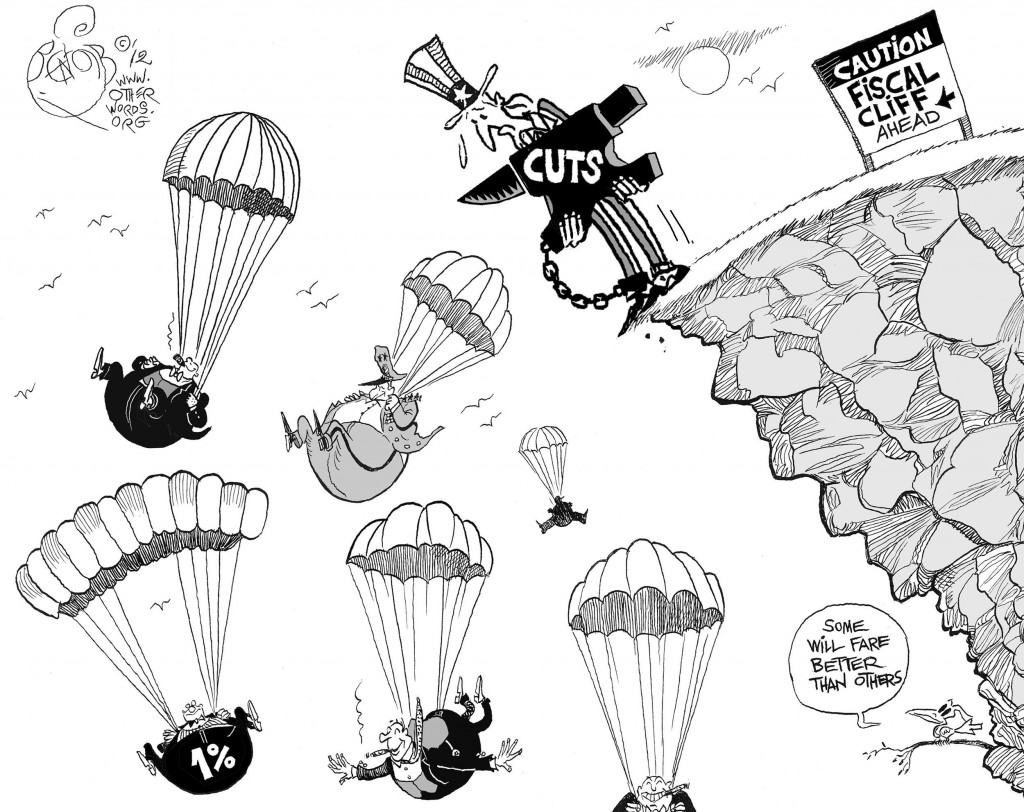 Caution, Fiscal Cliff Ahead, an OtherWords cartoon by Khalil Bendib