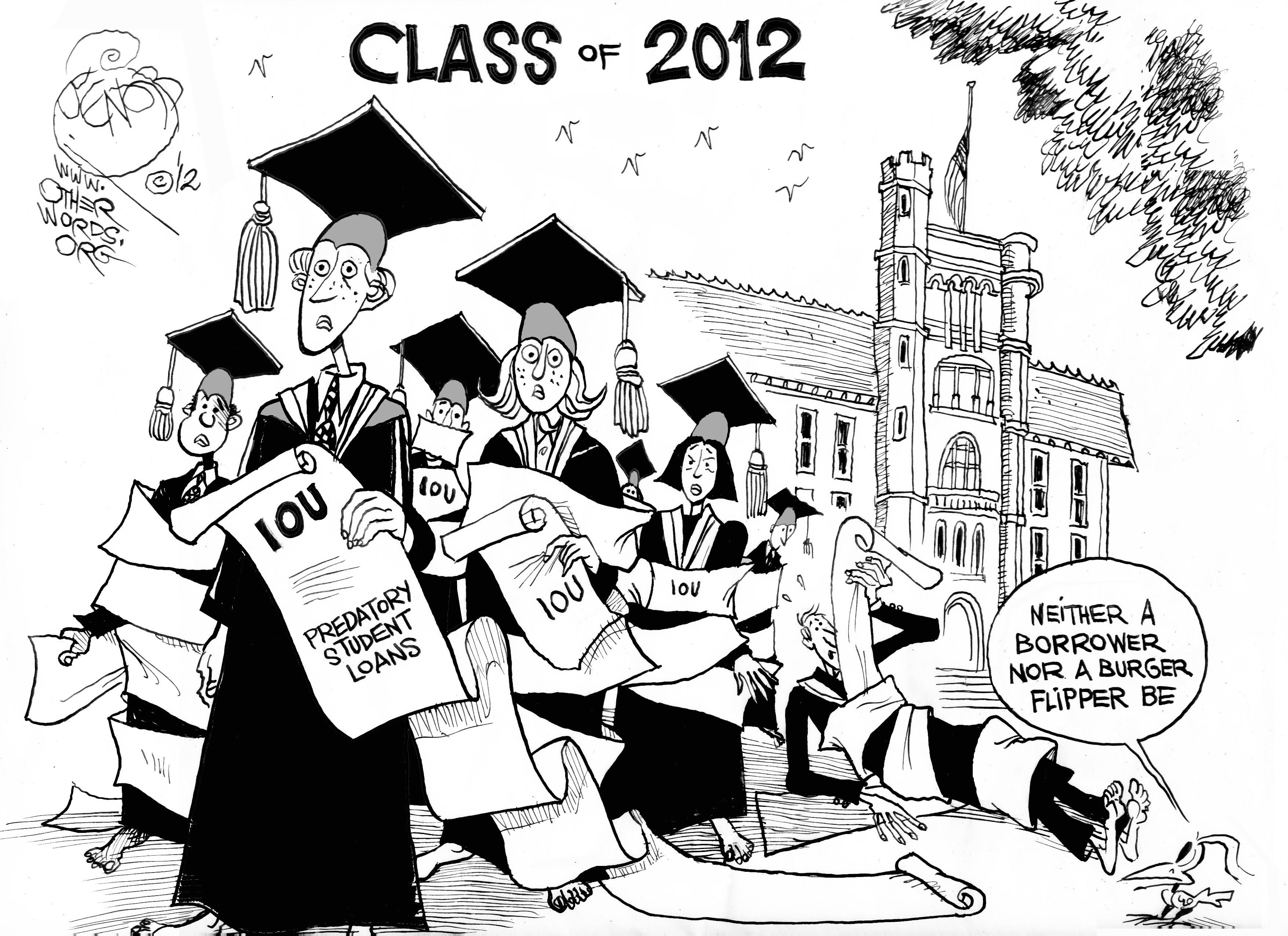 In this week’s OtherWords editorial package, Emira Woods puts Charles Taylor’s war crimes in Liberia and Sierra Leone into context and David Elliot delivers a moving college commencement address to today’s debt-ridden grads. Get all this and more in your inbox by subscribing to our weekly newsletter. If you haven’t signed up yet, please do. 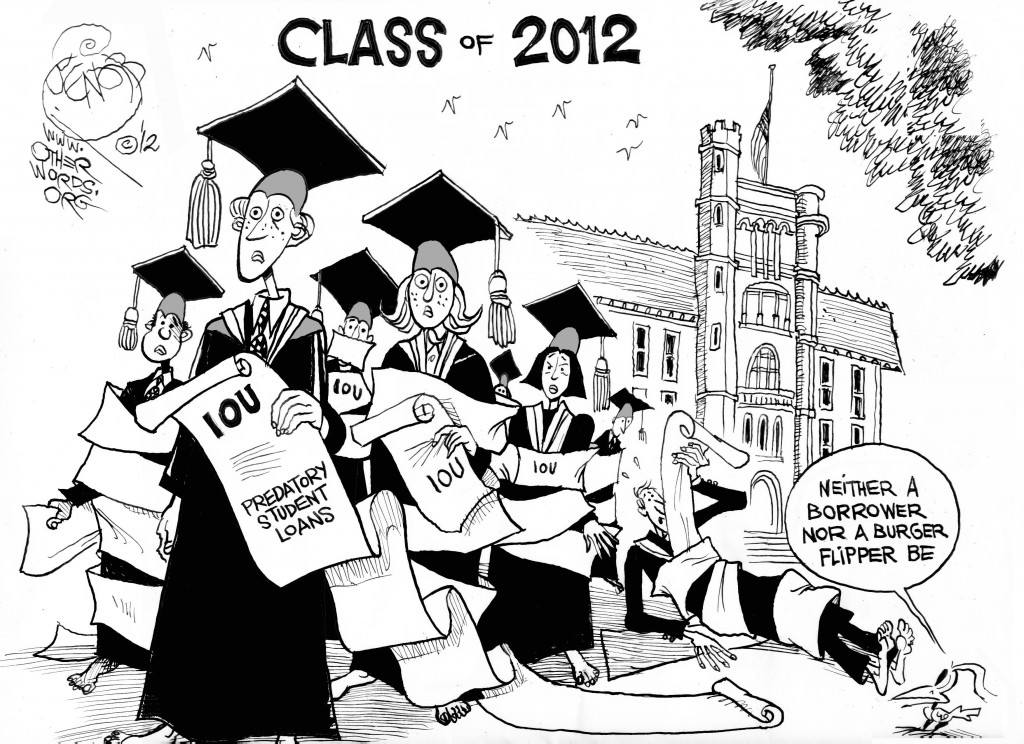 Graduating into Debt, an OtherWords cartoon by Khalil Bendib.