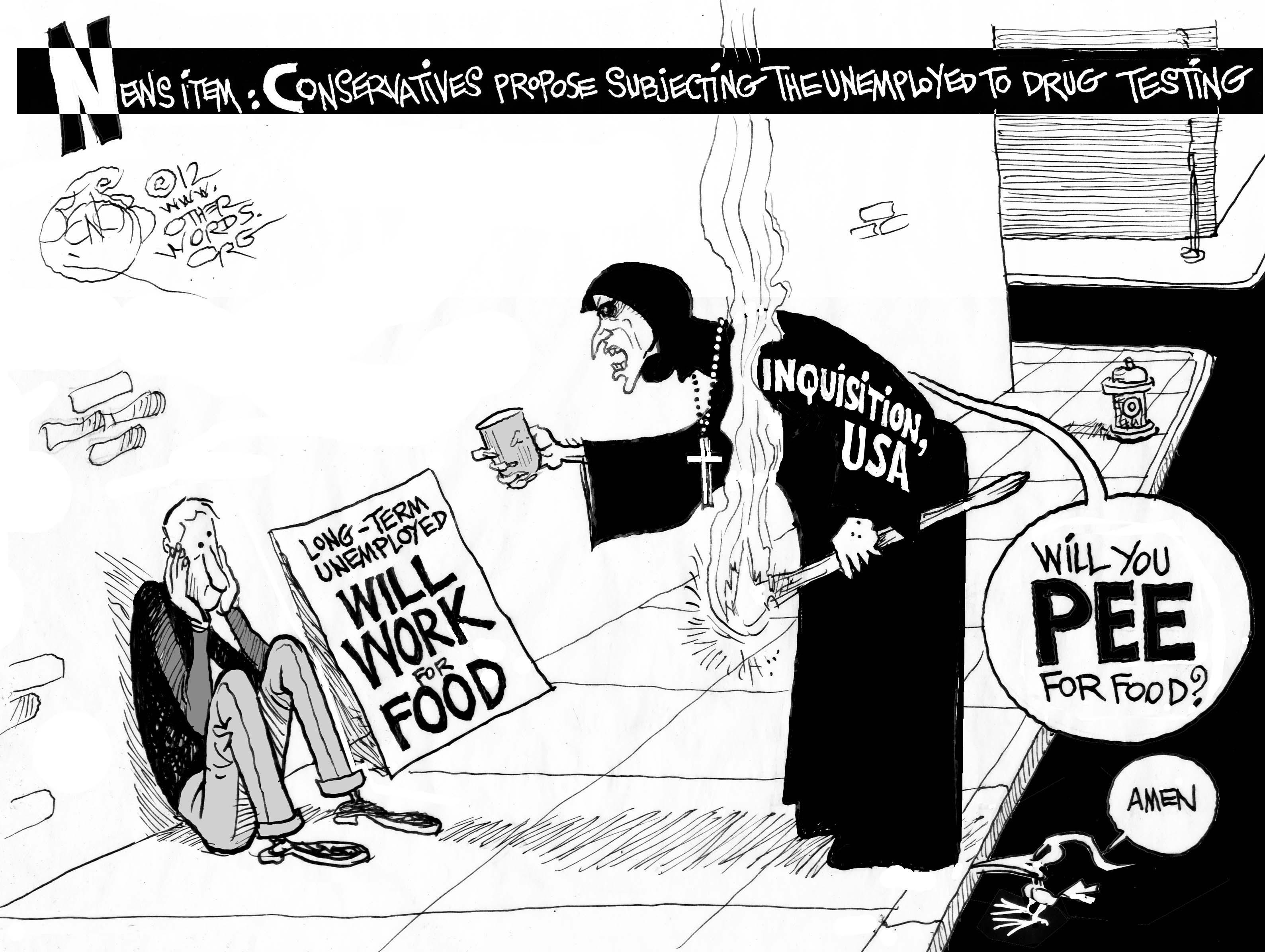 Raul A. Reyes points out the dangers of "self-deportation," Mitt Romney's plan for resolving the nation's immigration challenges.
By Emily Schwartz Greco | February 20, 2012

In this week’s OtherWords editorial package, Raul A. Reyes points out the dangers of “self-deportation,” Mitt Romney’s plan for resolving the nation’s immigration challenges, and Jason Salzman points out the pitfalls of the apparent GOP frontrunner’s aversion to speaking directly to the media. Get all this and more in your inbox by subscribing to our weekly newsletter. If you haven’t signed up yet, please do. 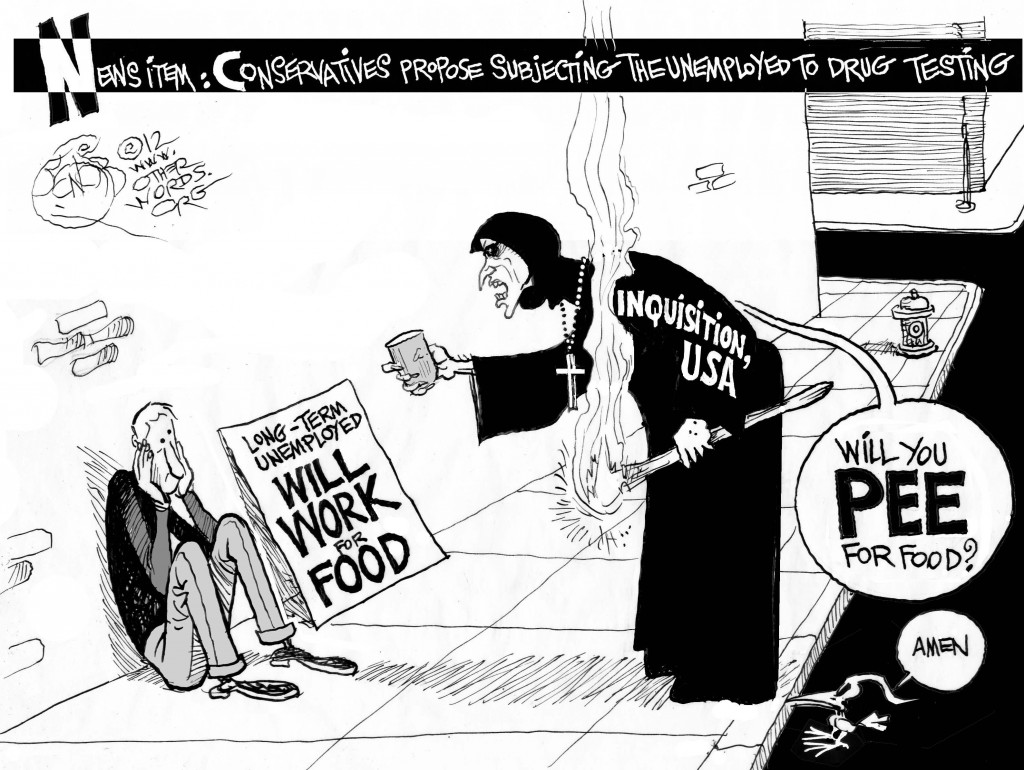 Pee for Food, an OtherWords cartoon by Khalil Bendib.