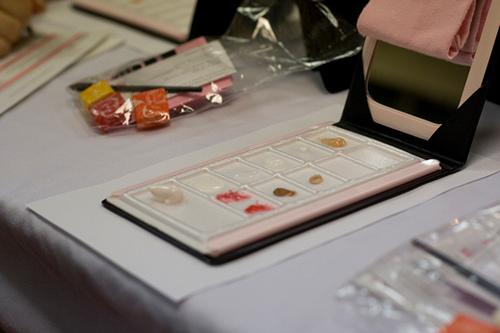 Mary Kay's biggest revenue source may be the dreams of its own pink-clad sales force.
By Virginia Sole-Smith | August 27, 2012

On the surface, there seems to be plenty to celebrate at this upbeat ritual. Mary Kay Inc. boasted a 94,000 increase in new sales force members last quarter. This would be a staggering feat of job creation compared to the United States’ 8.4-percent unemployment rate — if only being a Mary Kay lady offered the basics of a real job, such as a steady paycheck.

But it doesn’t, as I discovered while reporting “The Pink Pyramid Scheme” for Harper’s magazine. In fact, out of the nation’s 600,000 Mary Kay sales force members, only around 300 of them earn six-figure incomes. Most of those bigger paychecks come from commissions derived when “downlines,” sales force members on the lower rungs of Mary Kay’s “Ladder of Success,” buy inventory. And those “independent beauty consultants” buy a heck of a lot of the company’s lipstick, concealer, and other products. 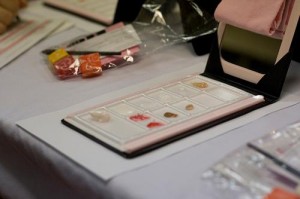 But how much do those lower-level sales force members earn when they sell all that inventory in the retail market? Even after spending three years reporting on this company, which raked in $3 billion in wholesale sales last year, I can’t say. Mary Kay claims not to know how much product the consultants actually sell to retail consumers.

I’m confident that they aren’t selling much. The women I interviewed told stories of hosting parties where nobody came, or yielding nothing more than a pity purchase. Meanwhile, their Mary Kay recruiters urged them to frontload their inventory, pushing them to buy more and more potentially unsellable things until they racked up sizable debt.

Even the hundreds of Mary Kay ladies the company honored as its top sellers during its lavish Dallas event only had to place $18,000 in wholesale orders to qualify for the “Court of Sales” designation. In a best-case scenario — where sellers did manage to move all their product and earn a 50-percent commission on the $36,000 retail value — they only earned back $18,000 per year. That’s not even enough to bring a family of four past the poverty line.

It’s easy to wonder: Who is dumb enough to think they’ll make money this way? Indeed, Mary Kay Inc. loves to fall back on the “lots of small businesses fail!” defense when questioned about its high-stakes game. But blaming the women who wind up with basements full of unsold makeup is a cheap ploy — and ignores the power of the Mary Kay sales pitch. When Ash launched her business in 1963, she knew she was selling way more than lipstick.

She promised economic independence and female empowerment with her “Enriching Women’s Lives” tagline. It was a pitch that connected with frustrated Mad Men-era housewives — and continues to speak to women today who are wondering how to support their families in a tight economy, but also chafing against corporate workplaces or low-wage jobs that deny them the flexibility or freedom to also be the kind of mom and spouse they want to be.

If the Mary Kay business model worked, it could revolutionize how women — and men, for that matter — think about work. It could end the apparently interminable quest for work/life balance and be a powerful tool for combating unemployment during this recession.

But multi-level marketing models don’t work because they are designed to profit off, rather than enrich, their workforce. So Mary Kay promises that “you can have it all,” and then sets women up to fail.

Virginia Sole-Smith is a reporting fellow with the Investigative Fund at The Nation Institute and an Economic Hardship Reporting Project contributor. Her article The Pink Pyramid Scheme: How Mary Kay Cosmetics Preys on Desperate Housewives appeared in the August 2012 issue of Harper’s Magazine.
Distributed via OtherWords (OtherWords.org)