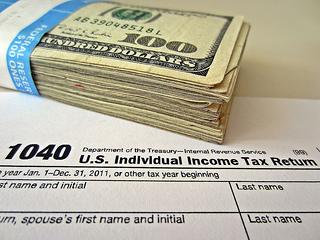 The Poison Pill of Tax Cuts

A quiz: Which candidates and presidents said the following? (Answers below.)

The presidential candidates are debating George W. Bush’s 2001 and 2003 tax cuts, which were supposed to expire in 2010. Obama wants restore tax rates on the wealthiest families to earlier levels. Romney’s campaign is standing up for the top 2 percent with incomes over $250,000, and then sweetening their pot by abolishing the Alternative Minimum Tax and estate taxes too. His plan would give people earning over a million dollars an average tax break of $160,000 a year.

Romney is running on the GOP’s 30-year-old gameplan: promise tax cuts that you swear will pay for themselves while helping the middle class. Since President Ronald Reagan first used this strategy, it’s given the Republican Party 20 years in the White House, versus 12 for the Democrats. 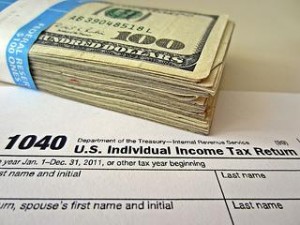 It’s like a drug. The high of tax-cut promises fades, and four years later we need another hit. The economy would be even worse if everyone’s taxes fell every time a Republican gets elected. The secret is that for most of us, our total taxes have remained about the same, while rich people’s taxes have been cut and cut.

Now, Romney is offering us the same old cure-all: if the rich could just pay less in taxes, they would create more jobs and boost government revenue. How has this worked for us?

From the end of WWII through the Carter administration, U.S. federal debt as a percentage of GDP declined or stayed stable. Then came Reagan’s “voodoo economics.” During his eight years in office, tax rates fell and the debt nearly tripled to $2.6 trillion. His lasting popularity, despite the red ink, persuaded Dick Cheney to say, “Reagan proved deficits don’t matter.” The debt grew another 55 percent with President George H.W. Bush, and rose by 86 percent George W. Bush.

In contrast, Bill Clinton gradually slowed the debt’s growth and actually brought in surpluses in his second term in office, for a total 37 percent increase over his eight years in office.

Under Obama, the debt has grown by at least 35 percent so far, expanding at the slowest pace since the Eisenhower administration if you adjust for inflation.

Romney’s continued protection of the richest 2 percent would cost nearly another trillion dollars over the next decade. Republicans may ridicule “Tax and Spend” Democrats, but that beats the “Spend and Spend and Charge it to our Children and Grandchildren” approach.

Tax cuts aren’t a magic bullet for job creation, either. Reagan did the best of the tax-cutters, with 2.06 percent growth in jobs, Bush I got only 0.6 percent, and Bush II a measly 0.1percent growth. None were as successful as Clinton’s 2.38 percent and Carter’s 3.06 percent.

Tax cuts have hurt the middle class. Median household net worth sank to $57,000 in 2010, down from $73,000 in 1983. It would have been $119,000 had wealth grown equally across households in those years. The average wealth of the top 1 percent, on the other hand, grew to $16.4 million, up from $9.6 million in 1983. This is due in large part to the growing income inequality divide, as well as the stock market’s sharp rise. So long to a powerful country of successful working families.

The Republicans’ tax cut mythology is propped up by billionaire donors and organizations like Grover Norquist’s Americans for Tax Reform. Currently, 238 House members and 41 Senators have signed Norquist’s pledge to never raise taxes.

In the real world, many government programs help the middle class, like the Child Tax Credit, the Earned Income Tax Credit, health care and college grants. Cutting taxes and government hurts people in the middle and on the bottom more than the wealthy. A hundred years ago, G.K. Chesterton wrote, “The poor have sometimes objected to being governed badly. The rich have always objected to being governed at all.”

We owe it to our children to be responsible adults and pay for our government the way our parents and grandparents did. The country runs better when we do.