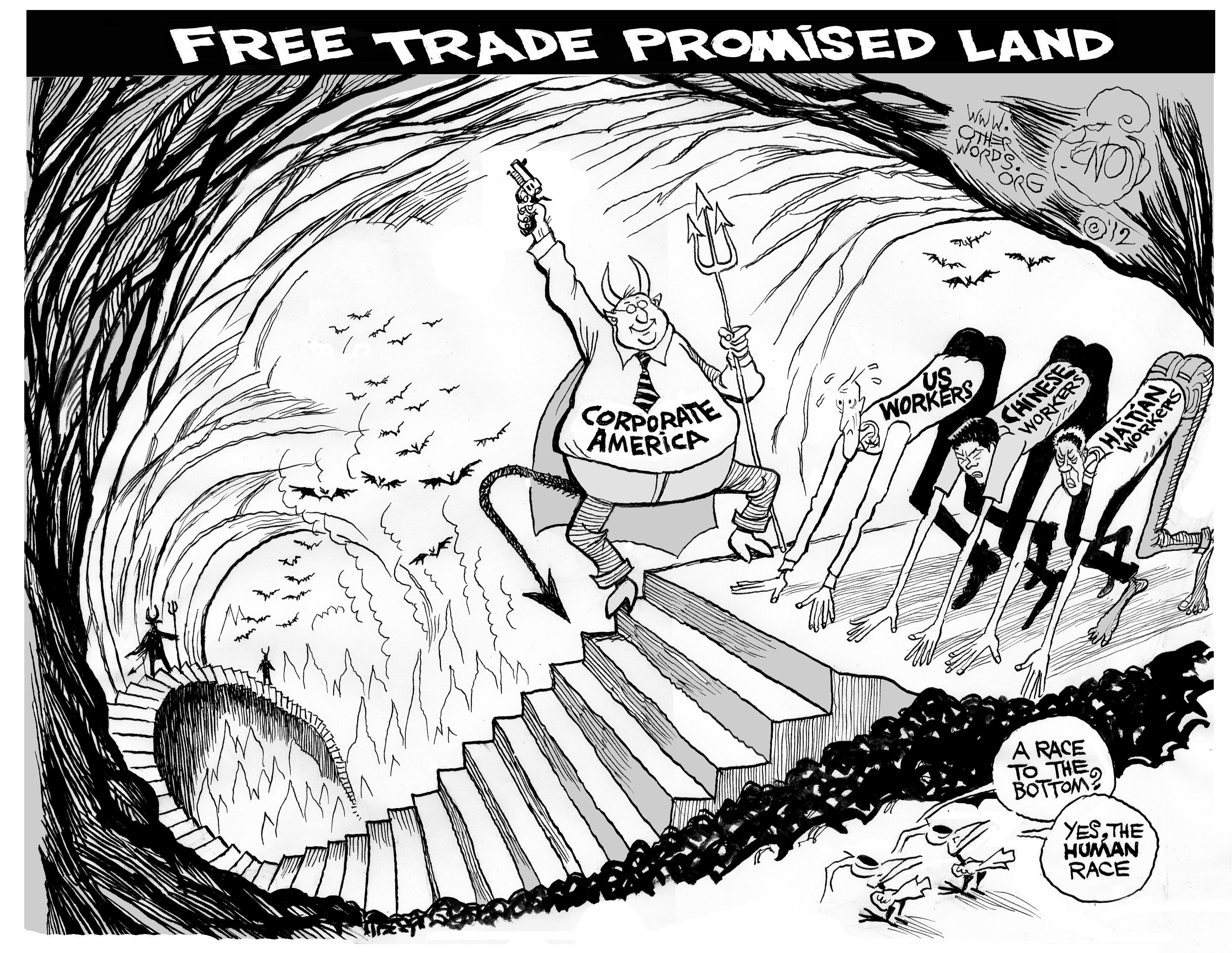 The Race to the Bottom

The American middle class isn't the envy of the world anymore.
By William A. Collins | August 27, 2012

Labor had
Its happy day;
Now that time
Has flown away.

Is the love of money the root of all evil? OK, so Jesus may have played down bigotry and megalomania when he said that, but overall his observation holds true 2,000 years later.

Labor relations are a contemporary battleground for greed. Man’s inhumanity takes many forms. But we all have to work, and that means interactions between owners and toilers generate a lot of conflict.

Happily, a few nations have acted to help workers get a fair shake. Western Europe, shaken today by waves of economic turmoil, got the hang of it a century or so ago. The United States jumped on the worker bandwagon after the Great Depression. Our very successful experiment with employee rights, which have been gradually dismantled for years, ushered in the heyday of the American middle class.

Communism promised millions some hope for a fair shake, but it relied too heavily on repression meted out in the name of the people. Japan later picked up the concept of worker equity, followed by Taiwan and South Korea. 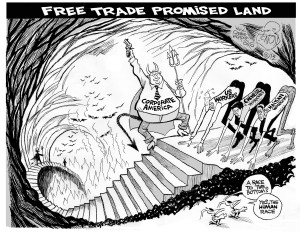 Today, Brazil, Argentina, and other Latin American nations are reshaping their economic systems to be more labor-friendly.

Most U.S. leaders don’t worry about worker rights anymore. They believe that government has no business in business. We’re gradually privatizing whatever public services we can. Across the nation, public schools and prisons are increasingly run by private companies.

And mercenaries and other “military contractors” have replaced hundreds of thousands of U.S. troops in our endless wars.

This privatization push is a key part of the trend toward exporting jobs and attracting immigrant workers who will accept conditions that most Americans thought they had long ago transcended. It’s called “the race to the bottom.”

Under our cherished old system, championed by President Franklin D. Roosevelt, the government set standards that all employers had to obey. Minimum wages, safety conditions, child labor laws, limits on the length of a permissible workday, and the freedom to form unions and collectively bargain — all these rights were supposed to be protected by law.

This system once worked commendably. By the 1960s, the American middle class was the envy of the world. No more. After big employers transferred millions of industrial and service jobs overseas, and technological advances rendered millions more jobs obsolete, we’ve got a surplus of workers. Wages have plummeted to the point that many autoworkers aren’t middle-class anymore. Unions are a vanishing breed, especially in the private sector.

Nothing much has changed, of course, for agricultural workers. They’ve long enjoyed virtually no protections at all, lest they drive up the price of food. The same goes for domestic workers, like caretakers and housekeepers, whose exploitation is a growing problem as our population ages and more mothers work outside the home.

As much as I’d like to point to some silver lining to relieve all this despair, I’m just not seeing any faint glow on the horizon. If anything, things look worse now that the Supreme Court’s Citizens United ruling has stripped many previous limits on the torrent of corporate cash that can flood political campaigns. As a result, very wealthy companies and individuals are positioned to tighten their control over Congress, as well as state and federal governments.

What would Jesus say?