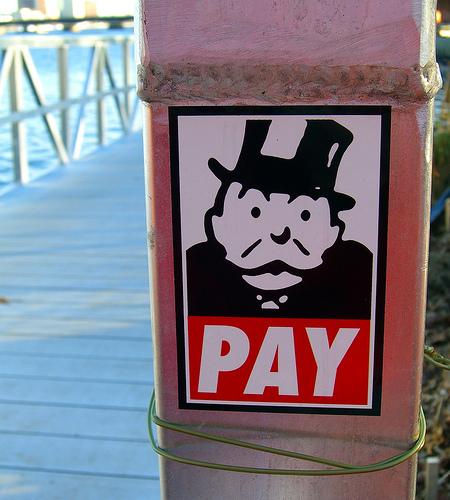 The Rich are Raking it in, so Where are the Jobs?

Ah, Labor Day, the holiday when we honor Organized Labor. You know, unions and stuff like that. Yes, there’ll be picnics and speeches detailing the enormous contribution unions make to our nation’s prosperity. Political candidates will extol the virtues of the American worker and…

Wait minute. I think I’ve picked up the wrong script here. This is an old one — so 20th-century.

Once upon a time, Americans celebrated the labor movement on Labor Day. But that was a long while ago, B.R. (Before Reagan). Most Americans have long since ceased viewing life through the prism of the working class.

Americans are consumers first and foremost. We like to buy things. Unions, with their insistence on livable wages, pension plans, and health insurance, are an impediment to that desire. They drive up prices.

I don’t think that there’s been a time in my life that unions have had a worse public image. Public unions have been particularly under siege. They’ve been forced to give ground on benefits, wages, seniority rights, and pension guarantees. In Wisconsin — home of the iconic progressive Bob La Follette — the governor has fought hard to take away their bargaining rights.

It’s a grim joke, then, to speak of Labor Day as a celebration of labor. Fourth of July Lite is more like it.

The Great Recession has sliced through American workers like a scythe, cutting them off at the knees.

Unemployment is chronic and entrenched, having hovered around 9 percent for more than two years. Foreclosures continue apace and workers who do find jobs are getting them at significantly lower wages than their previous jobs paid. Many are losing their health insurance, and the public schools they send their kids to are being starved for funds by destitute cities and states.

Republicans in Congress say the answer to all of these problems is to cut government to the bone and beyond. Old people, poor people, and young people all have to share the burden of debt reduction. No government function is so sacrosanct as to be spared the knife. Except… 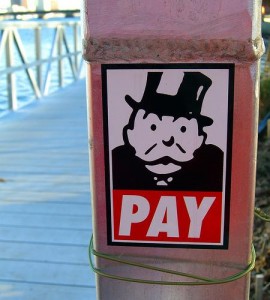 Except when it comes to taxing the well-to-do and filthy rich. GOP lawmakers argue that millionaires are the economy’s job creators, and if they’re not making money, they won’t create any jobs.

A reasonable argument, except for the fact that they’re making money already. And where are those jobs? CEO pay at large companies soared 27 percent last year. Profits are up too. Bankers, hedge fund managers, and stock brokers are raking it in. Things are so good for the richest of the rich that sales of mansions costing $20 million or more are up in the Los Angeles area. The stock market performed well in the first half of the year too.

Where are the jobs? Why aren’t these sultans of finance and industry hiring people, lending money, and doing something for the economy?

I do know this. My father spent his life working in tool and die factories in and around Detroit. My mother worked, on and off, in dress shops. They were able to own their own home, send their son to a fine university, and give him a few extra bucks when he was struggling to raise a family of his own early in his career. My father even had a boat that he dragged around on a trailer. When they retired, they moved to Florida.

It wasn’t a lavish life, but it was a good one, made possible in part by the fact he worked in a union town and a unionized industry.

It’s a life, I’m afraid, that isn’t going to be available to lower-middle-class kids entering a non-unionized workforce today. Certainly not if Republican lawmakers have their way.

Don’t worry about the people in the $20 million homes however. They’ll be just fine.