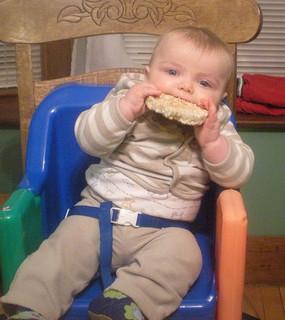 The Risky Business of Eating in America

How can eating too much rice can give you cancer?
By Jill Richardson | October 17, 2012

Long before human beings decoded the human genome or split the atom, they discovered that arsenic is very good at killing things. The ancient Romans prized it as a murder weapon because it could be mixed into food or drink without altering its color, taste, or smell. Plus, a tiny dose kills without fail.

What the Romans didn’t know about arsenic, and what scientists didn’t discover until the 20th century, is that a form of it — inorganic arsenic — causes cancer. And in 1999, the National Academy of Sciences found that the amount of arsenic legally allowed in U.S. drinking water posed serious cancer risks.

Since then, the U.S. government slashed the amount allowed in drinking water from 50 micrograms per liter to just 10. The potent carcinogenicity of arsenic was what Donald Rumsfeld might call an “unknown unknown” for most of human history. So was the fact that Americans can consume dangerous amounts of inorganic arsenic in one of our most common foods: rice.

Consumer Reports dropped that bombshell on the nation in September, recommending that adults limit rice consumption to just two servings per week if they wish to reduce their cancer risk from inorganic arsenic. The U.S. Food and Drug Administration didn’t go so far as to recommend Americans limit their rice intake. But the agency did say that “consumers should continue to eat a balanced diet that includes a wide variety of grains.” They also published their own data on arsenic in rice. It was consistent with the findings of Consumer Reports. 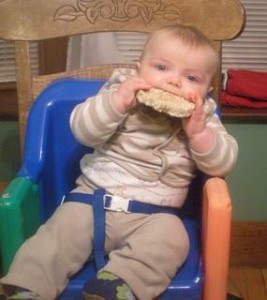 How did such a healthy food — often one of the first solid foods parents spoon into their babies’ mouths — suddenly become a deadly, cancer-causing agent? For one thing, rice is the only major crop grown under water. That allows it to absorb arsenic more easily than other crops. And though some arsenic will always occur naturally in soil and water, humans have added a whole lot more.

The United States, it turns out, is the world’s leading user of arsenic. Since 1910, American agriculture and industry used 1.6 million tons of arsenic — and we’ve used about half of that since the mid-1960s. Arsenic was once such a popular pesticide that in the 1930s, millions of Americans suffered from mild to severe arsenic poisoning.

Until recently, most pressure-treated wood contained arsenic, and factory-farmed chickens were given a drug containing arsenic too. The government has worked to phase out arsenical pesticides and herbicides, but even now some are allowed.

Now that we know more about the dangers of miniscule doses of inorganic arsenic, we’re working to stop adding more of it to our environment and our food supply. But the toxicity of arsenic won’t be the last “unknown unknown” that we confront. Decades from now, scientists will discover that chemicals we now think are safe are actually deadly.

Here in the United States, we treat things as safe until proven dangerous. That leaves us perpetually in the position of discovering that chemicals are toxic only after they are in our bodies, our homes, and our environment, poisoning us and our kids.

Maybe we should try it. Surely the inconvenience of confirming a chemical’s safety is worth it if that means future generations won’t find themselves feeding their babies cancer-causing poisons.

OtherWords guest columnist Jill Richardson is the founder of the blog La Vida Locavore, a member of the Organic Consumers Association policy advisory board, and the author of Recipe for America: Why Our Food System Is Broken and What We Can Do to Fix It. OtherWords.org